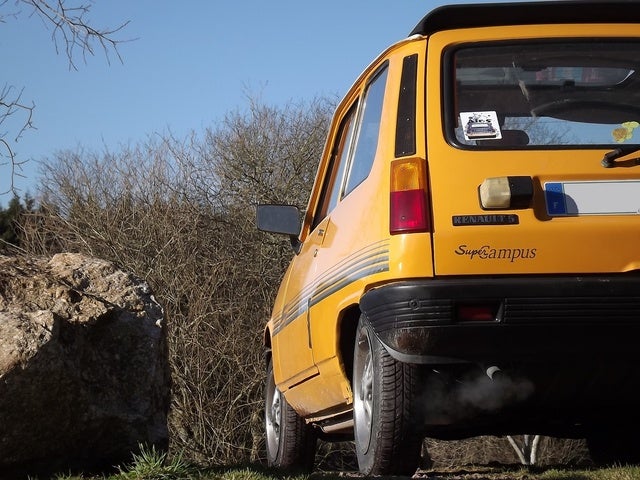 my first love ah renault, what to say ... what you pay is what you get 1.4 60HP '95. swift and driveable, relatively cheap to maintan fun to drive performance, quality, appearance ... what are th... Read More

It was my dad's, and it was the first car I drove after passing my driving test. It's not a pretty cool, it's not comfortable, but it's quite cool and fast. Read More

Larry The Wonder Car! By Lisa

Ah!! Larry! What can I say bout Larry the wonder car!! It saw many many adventures! it was nippy and fun and could beat many performance vehicles up steep hills which forever impressed me and flaberga... Read More

One Of Very Few K-plate R5 Turbo's In The Uk! - Reason For Purchase By Craig

blistering performance even on the standard t2 turbo turned up to 15psi it upsets alot of more powerful cars, go further and change the cam with a bigger turbo and fully rejetted carb and this car i... Read More

Love It Give Me A Lot A Fun By Herve

the car was light so easy to drive i use to do rally in the south of France. the phase 2 has few change including a watercooling to the turbo charger witch extended the life of the turbo, a new ignit... Read More

Move On Over N Let The Little Renault Pass!!! By Stephanie

Bucket Of Electircal Faults - Lots Of Unpredictable Fun! By Dale

My first car, so I was attached to the thing, build like a tin can, sounding like it was faster than it was. less than 1litre had trouble with 5 people uphill! Read More

Purpose Of Transporting From A Point A To Point B And Having Fun While Doing It. By René D.

My red beauty! Haven't got any problems with it yet, driving it for a year! For a car so old it really stands out of it's competition. Fun car to drive though :) Remember to use choke when starting.. ... Read More

Bought as used, 9 yrs old. Been quite good for half a year, then started problems and total cost of repairs almost take over car value Read More