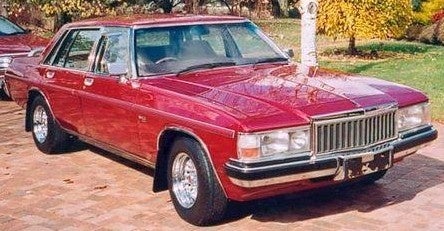 Have you driven a 1983 Holden Statesman?
Rank This Car

My Vq Statesman By Angela

it's nice and loud just the way i like it!i dont have to speed in it because it sounds fast.i get over 500k's to a tank of fuel which isnt bad for an old girl.i love the dark tint & the air-con works.... Read More

Its Mine!! By Eddie

my baby took 3 years to finish but 4 years to make it on the road.. in the end i had to take over the family car so it could see the road and if i had to do it again i would.. the only thing that i wo... Read More

OK here is my 1992 VQ Caprice Starting with a luxury model makes the job even easier!!! The statesmans look great, but the Caprice just adds style. This particular model rolled off Fishermans Bend in ... Read More