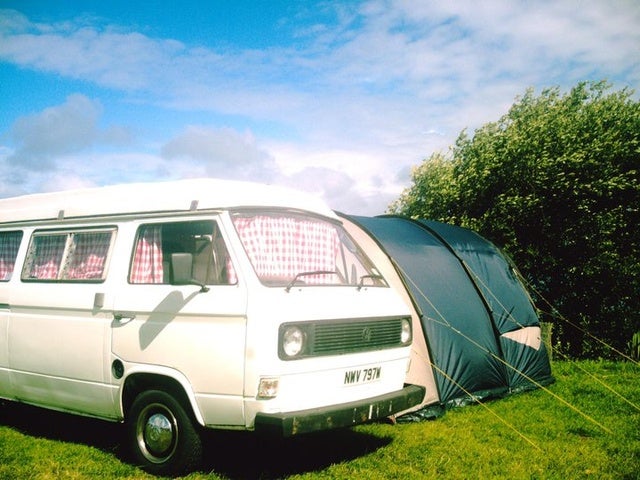 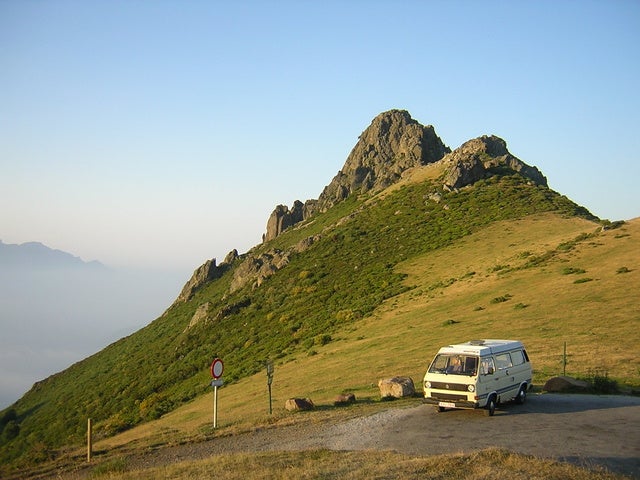 After introducing its Vanagon in 1980, Volkswagen made no changes to the vehicle for 1981. In fact, there's almost no way to distinguish the 1981 model from the '80 models. Somes experts point out that the only way to tell the difference is to refer to the each model's vehicle identification number (VIN).

The rear-wheel-drive Vanagon was available in four editions for 1981 -- the standard Vanagon, the higher-end Vanagon L, and two camper models. All came with a 67-horsepower, 2.0-liter, air-cooled four-cylinder engine with fuel injection. It was linked to a four-speed manual transmission, which was standard. A three-speed automatic transmission was available as an option.

The Vanagon was not without its quirks. Because the engine was in the back, a full-size spare tire was stored in a tray under the front of the vehicle. The battery was located under the front passenger's seat, and the master cylinder for the braking system was located inside the dashboard, requiring some dismantling of the dash to get to the brake fluid reservoir.

What's your take on the 1981 Volkswagen Vanagon?

Vincent Love it would like a bit more power though.

GuruWRSLX Hi I am Karl from Germany and 67 years. Similar to my newseeland Trip i am looking for a car swap with my VW Westfalia Joker 2 ltr. Aircooled Engine next Year. Please be so Kind and check the possibility and contact me. Send me your Email and i will send you some pictures from my campervan. Regards Karl

Have you driven a 1981 Volkswagen Vanagon?
Rank This Car

Value Of A 81 Westfalia

I need advice from those in the know. I want to know the value of barn kept 81 Westfalia. 66,000 original km (41000miles) Very good condition. All clean. Everything looks new, canvas, material, foam...

75 views with 3 answers (last answer about a year ago)

Why Won't My Clutch Engage?

Why Does My Van Sound Like Its Running Out Of Gas And Dies And It Has A Ful...

I Have A 1981 VW Vanagon (stock Air Cooled) That Has Been Running GREAT But...

I haven't worked on VW in the last 30 years, I don't want to remove and replace stuff (parts store is a 12 mile walk to get there.