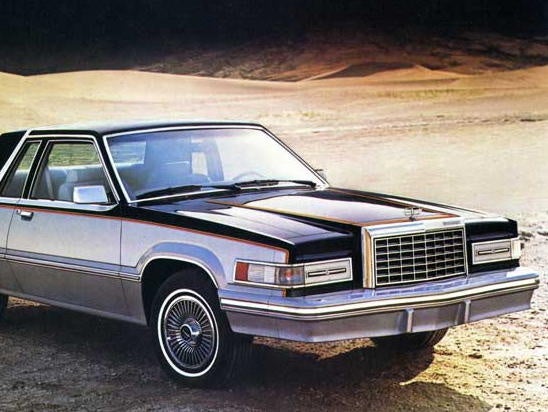 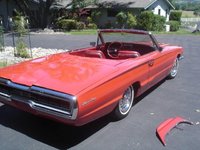 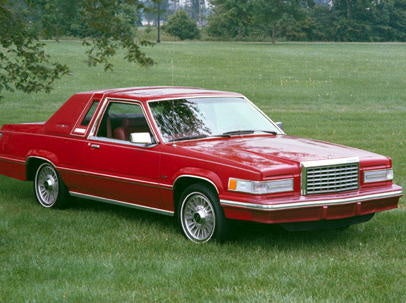 The 1981 Ford Thunderbird was not one of Ford's great successes. The squared-off 'Box Bird' models didn't have much appeal for Thunderbird loyalists; without the cool Jet Age stylings or the powerful engines that had made the earlier T-Birds into an icon of the great American muscle car, the '81 Thunderbird was just another midsized sedan.

One big problem was the radically downsized engine offerings. Yes, the new Thunderbird was a lot lighter and more nimble, but the entry-level inline-4 engine, a 2.3 liter model designed for the Pinto, wasn't worth of the TBird's performance sport heritage. Upgrade options (a 3.3 liter V-6 and a choice of 4.2 liter or 5.0 liter Windsor V8s) brought more power, but even the biggest V-8 choice topped out at a paltry 130 horsepower.

For all that, the '81 Ford Thunderbird had its charms. It had a bunch of electric options that were state of the art for its day, including flip-up headlights, digital readouts, and the then-fancy power windows. Interior options included racing-style bucket seats (I don't quite see how this illusion would have worked unless the car was parked, though) and a variety of cool console trims. If you weren't actually expecting a sports car, there were quite a few things to like!

What's your take on the 1981 Ford Thunderbird?

GuruCY7G I bought a base model new in 1981, it listed at 7,200 with white vinylroof, after market spoke hub caps, Uniroyal Steeler Radial tires and V-8 with overdrive. It was robin egg blue with a combo vinyl and cloth interior in dark blue. Bench seats and Am radio. The cars looked great, it was the beginning of the down size era, but the 5.0 V-8 had little power, the 4 speed auto shifted wildly at 35 mile per hour between 3 and 4 gear, so I usually drove in 3 on the column shifter. Tires wore out quickly and the motor mount needed replaced in first year, I sold car after 2 years with about 21,000 miles for $5,400 due to getting a company car on a job change. It was the best looking average car I ever owned,, several years later I switched to Japanese imports and have never gone back.

Eva i love mine its a great car

Bob I have a 1981 Ford T-Bird my self which I purchased in Ohio from a Collector. Miles was about 45 thousand & in great shape. I found out to find good parts is in Salvage Yards. I take it to Car Shows a lot & get good comments----. Bob Riley

Have you driven a 1981 Ford Thunderbird?
Rank This Car

Where Is Inertia Switch On 81 Ford Thunderbird

I Have A81 T Bird With A Fake Convertable Roof, It Really Looks Real. What ...

loses heat after 25-30 minutes running , has heat up till then , park and let set 30 minutes or so and heat comes back but quits again. heater hose are hot even when no heat inside, no running hot p...

What Is Compatible With 1981 Thunderbird Fuel Sending Unit