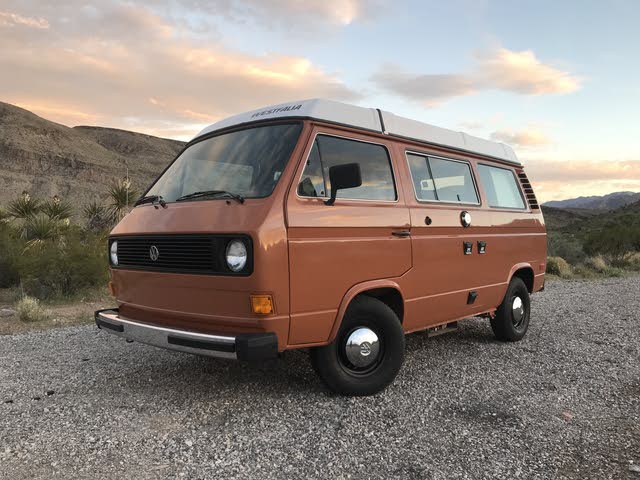 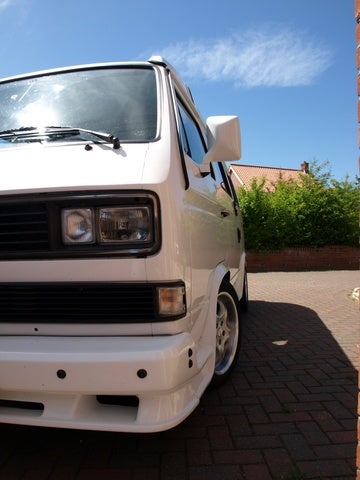 The Volkswagen Vanagon, also known as the Type 2 T3, the T25 (in Great Britain), and the Transporter or Caravelle (in Europe), was designed to replace the Microbus, which was VW's first van. Introduced in 1980, the Vanagon was a rear-wheel-drive vehicle that could carry seven to nine passengers. It was available in four editions for 1980 -- the standard Vanagon, the higher-end Vanagon L, and two camper models.

All came with a 67-horsepower, 2.0-liter, air-cooled four-cylinder engine with fuel injection. It was linked to a four-speed manual transmission, which was standard. A three-speed automatic transmission was available as an option.

The Vanagon was not without its quirks. Because the engine was in the back, a full-size spare tire was stored in a tray under the front of the vehicle. The battery was located under the front passenger's seat, and the master cylinder for the braking system was located inside the dashboard, requiring some dismantling of the dash to get to the brake fluid reservoir.

All that made for a very unique but very versatile vehicle, according to some drivers.

What's your take on the 1980 Volkswagen Vanagon?

Have you driven a 1980 Volkswagen Vanagon?
Rank This Car

I just purchased a 1980 Vanagon Riviera. On first start when the engine was cold it ran great. But after running for a while [about 30 minutes] it would start cutting out then stall and wouldent sta...

Can This Year/model Van Take The Corvair 95-110 Hp Engine Swap As Easily As...

I Have A 1980 Type 4 Air Cooled Engine And Was Completely Rebuilt /was Wond...