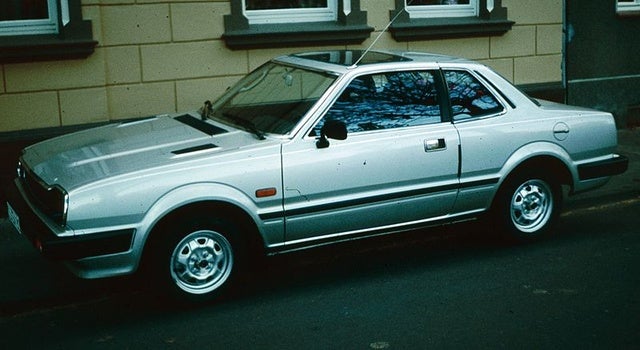 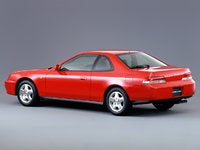 For 1980, its second year of existence, the Honda Prelude coupe changed very little. The two-speed "Hondamatic" was replaced by a comparatively advanced three-speed automatic transmission.

The 1980 Honda Prelude came with a 1.7-liter, 72 horsepower four cylinder engine, which was Honda's most powerful. Though it had a backseat, it was for all purposes a two-seater. The Prelude came standard with a five-speed manual transmission.

At the time, many drivers looked past the Prelude because of its strange looks and oddly configured dash. However, driving enthusiasts found the car, with its peppy engine, high-end tires, and rack and pinion steering, to be a joy to operate. Now, this generation of Prelude is a collector's item.

Maria It was our first car. :) We bought it used in 1985. We were newliweds and I had never driven a stick shift before but my new husband fell in love with the little silver car and bought it over my objections. I learned to drive it in rush-hour Los Angeles traffic! Loved it, had lots of fun in that little car.

Maria Our first car was a 1980 Prelude which we bought in 1985 as newliweds. I had never driven a stick shift before, but my new husband fell in love with this cute little silver car and bought it over my objections, assuring me it was "easy". Yeah right. I learned to drive a stick shift in rush-hour Los Angeles traffic. Talk about baptism of fire. Anyway I did learn, and we loved that little car for a long time. Super fun to drive. We took it all over the place, all over the Southwest quarter of the US, mountains, deserts, beaches, all over.

David It was my first brand new car. I fell in love with it in high school. As soon as I got out I bought the 1980 Prelude. I was so far ahead of the competition. I really love that car I had to in my life.

Have you driven a 1980 Honda Prelude?
Rank This Car

Replaced Timing belt/plugs/adjust the ilde. But keeps dying at stop and off the park gear. once I put it in drive, it dies! Idle is fine too in park