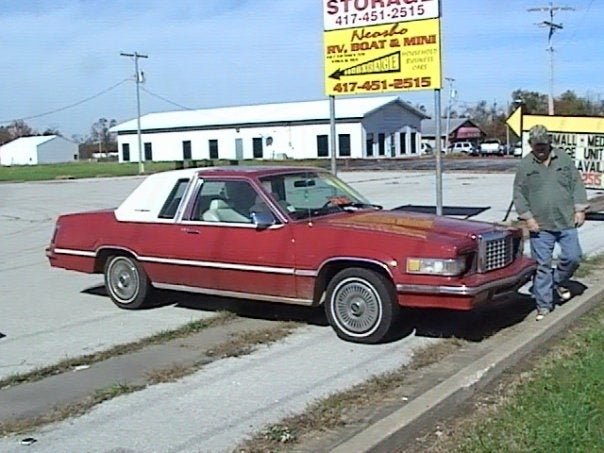 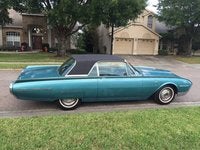 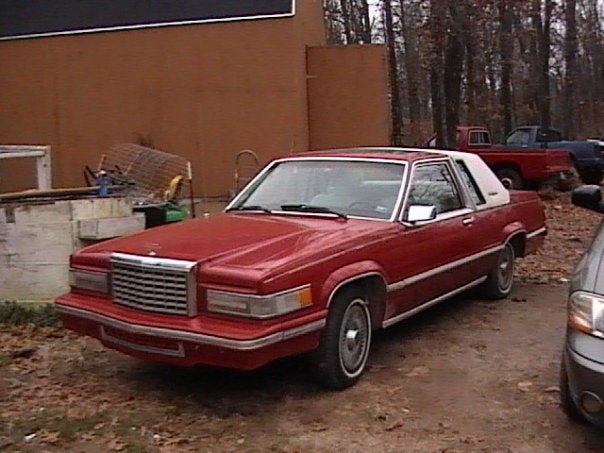 What can I say about the 1980 Ford Thunderbird? Perhaps the kindest thing would be something like, 'Well, it's not as bad as the Edsel.' The guys at Ford replaced a somewhat confused brand identity with a bland identity; not much of an improvement!

The 'Box Bird' got its nickname from its unfortunate resemblance to a cardboard carton. Based on the Fox platform, the '80 Thunderbird was much smaller and lighter than the 'Torino Birds' of the previous years: the T-Bird shrank by 17 inches in length and 800 pounds in weight, bringing it back to something approximating the size of the late sixties 'Glamor Bird'. Another blast from the past was a return to unibody construction, which hadn't been seen in the TBird line since 1958.

But the 1980 Thunderbird hardly represented a return to the model's glory days. Buyers stayed away in droves, complaining that the new-look Thunderbirds were just tricked-out Fairmont sedans. (The sister Mercury Cougar model did better in terms of sales, perhaps because the brand name had less history to live up to.)

The biggest disappointment with the '80 Ford Thunderbird was under the hood. Instead of the gutsy V-8 performance monsters the brand had been known for, the 'Box Birds' shipped off the line with a Pinto inline-4 cylinder engine! At least buyers had a chance to upgrade, with choices of a 3.3 liter/200 cubic inch V-6, a 4.2 liter/255 cubic inch V8, or a 5.0 liter Windsor V-8. Even at that, the top engine choice only put out 130 horsepower: a far cry from the old-school Thunderbirds' drag-strip power.

What's your take on the 1980 Ford Thunderbird?

Guru9ZWKT1 Better than the Granada :)

Have you driven a 1980 Ford Thunderbird?
Rank This Car

How Much Is A 1980 Ford Thunderbird Worth In Mint Condition Worth??

Is There A Differance Between Oil In The Radiator And Water In The Oil??

Hello I have a 1980 Ford Thunderbird am having a hard time locating front fenders for my TBird would anyone no if fenders from another Ford Model would fit? And what model would these be. Thank...

Where Is The Fuse Box Located For A 1980 Ford Thunderbird?

Looking for the fuse box for a 1980 Silver Anniversary Thunderbird.

I have a 1980 Ford thunderbird with a 5.0 engine, I have taken the engine out and have replaced almost everything new on it. Now I have put the engine back into the vehicle and have tried to start whi...