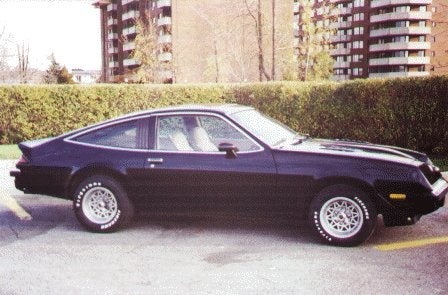 Have you driven a 1980 Chevrolet Monza?
Rank This Car

It is a car you don't see much, I bought the car because it had a four speed, and a V8. The interior looks new, I rebuilt a Chevy 350 into a 355, I have put two Holley four barrel carbs on a tunnel ra... Read More

My first car was a hand me down 78 Monza Station Wagon from my dad. It had a 4 speed stick shift and the V6 engine. I got rubber in 2nd gear often. It was fun to drive, but definitely a beater. It ... Read More

Great! I Was The Only Person Ever In The Car! I Cant Remember Going Any/where By Restoration

Ive owned so many cars,I wish sometimes that I had locked all the money i spent,in the bank somewhere.I would be a very wealty person now.I think gasoline was 38 cents a gallon,and unleaded gas had ju... Read More

77spyder Not The Camaro! By Eric

This car has the 305V8 in it, it's a fresh build and has recently had the suspension upgraded and refreshed. With that this car drive and handles like any sports car born in the 70's, but has the pow... Read More

low production numbers, light weight, FAAAAAAAAAAST! It's currently awaiting a '64 327 to be put inbetween the front wheels! Mileage sucks, but you get there in a hurry!It's a blast to drive! I keep g... Read More

The "punkin Will Live Again" By 1oldschool

I love my monza, I began my resto 15 years ago, with the aquisition of a 1976 4 cyl donor car for body and interior parts and due to finances and parts availabilty,I had to put it on the back burner. ... Read More

the only thing good about this car was it was a v-8. however, in the winter it was too front end heavy and i needed sand bags in the truck. pos car truely Read More