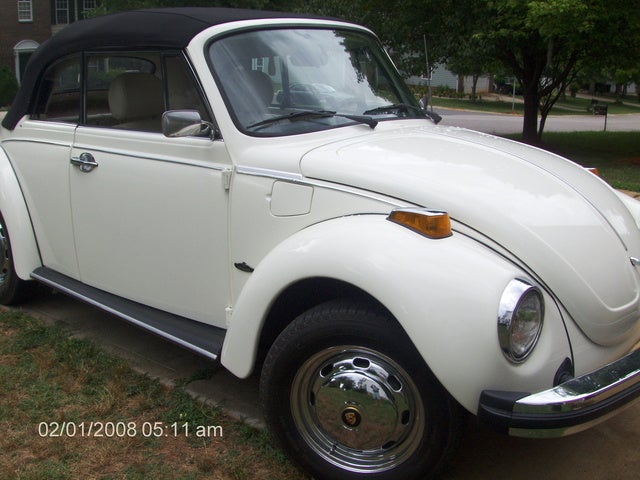 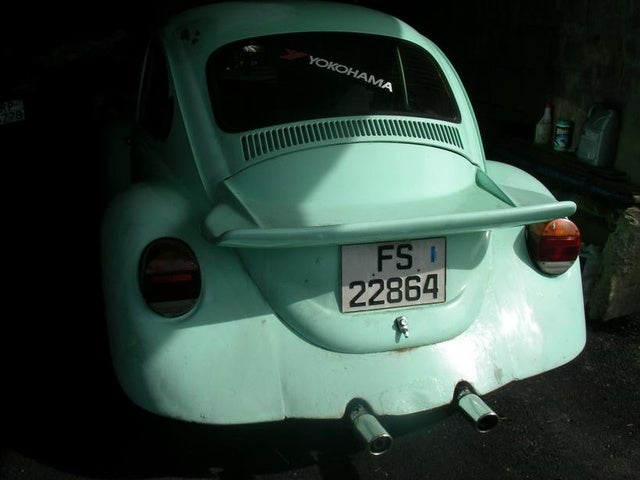 The Volkswagen Beetle was nearing the end of its U.S. run in 1977, after having been sold here for nearly 30 years (although it would continue to be sold in other countries). For the standard Beetle's final year in showrooms, it came with a few upgrades, including redesigned door panels and pedals, and new redesigned front seats with improved back adjustments and separate headrests.

In addition, the Beetle Convertible was available in a limited Champagne Edition, which came with Alpine White paint, gold exterior stripes, a white interior, rosewood trim on the dashboard, sports wheels, and whitewall tires.

Standard features for the Beetle included seat belts for the driver and passengers, two-speed windshield wipers with a pneumatic washer system, swiveling sun visors, coat hooks, assist straps, folding rear seats, and luggage space under the front hood and in a three-foot carpeted compartment behind the rear seats. A convertible top was optional.

What's your take on the 1977 Volkswagen Beetle?

Have you driven a 1977 Volkswagen Beetle?
Rank This Car

What Is The Operating Temperature Of VW 1200 Cylinder

I recently purchased a 1977 Beetle convertible. Great car, great shape. Only 71K miles. My biggest issue is the height of the brake pedal( relative to the gas and clutch) and how far I it travels befo...

I'm about to buy a 1977 VW Convertable bug, what should I look out for. It has fuel injection, will this be a problem, I see where many have converted to carburator, it this complicated. What would a...