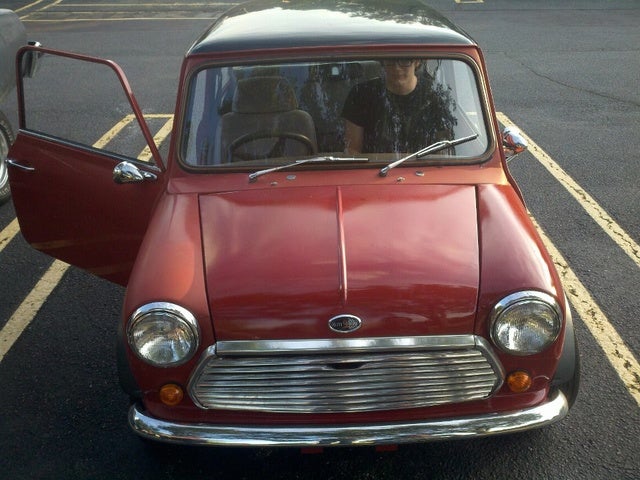 Have you driven a 1977 Morris Mini?
Rank This Car

Performance: - accelent accelaration mine was 1275gt, very good handling also Build quality: - strong material, though safety such as airbags not found Appearance:- on the whole not that bad, nice sh... Read More

Fun To Drive, Bad To Maintain. By Samuel

I had the automatic Mayfair jobby, seats had head rests! As with all Mini customisation was key for enthusiasts - mine had a REAL custom exhaust (bendy pipe from manifold to first and only silencer h... Read More

You Can't Kill The Mini Spirit.... By Jordan

She started life as a sorry Mini 1000 parked up for 4 years in someones garden, now she's a Pink/Purple beauty.Uprated suspension with negative camber and GAZ shocks, drum brake up ront binned in favo... Read More

You need to be a mechanic or very rich to be able to drive such a car. But it sure turns heads when you drive by.. Read More

Used to be such a great first car, point it where you like... brilliant good fun, and easy to drive Read More

I had several of these, thus several different pictures included of each one Read More

Fun car, but definitely not an everyday dependable driver. Such a blast to drive though. Everyone looks and it seems like everyone has a story about a mini. I'd definitely agree with people when the... Read More