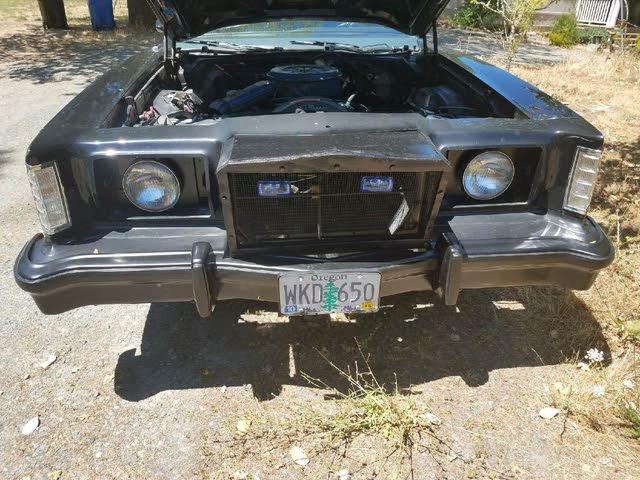 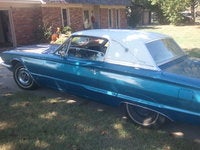 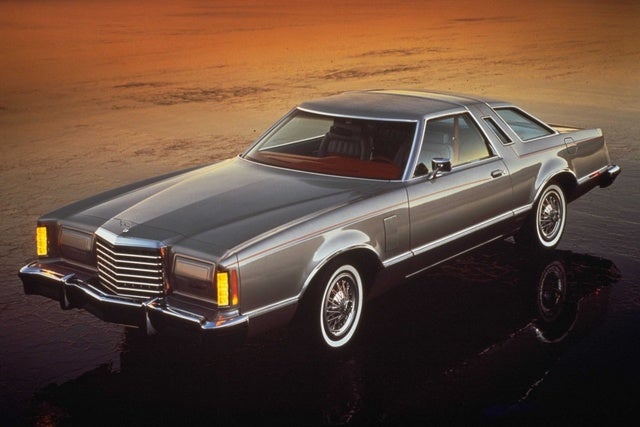 For 1977, Ford downsized the Thunderbird dramatically. Reinvented as a mid-sized car, on a platform based on the now-discontinued Torino sedan, the 1977 Ford Thunderbird was a zippier, sportier breed of bird than its immediate predecessors. The 'Torino Bird' slimmed down dramatically, dropping 900+ pounds of weight (quite a makeover!) Ford also trimmed the list price by almost $3,000. Buyers responded with delight, and sales rose significantly.

The sporty new '77 Thunderbird hadn't lost all of its luxury stylings, though. Inside the cabin, plush comfort was still the focus, with bucket seats and touches of chrome. Sharper, squarer lines were the hallmark of the 1977 Thunderbird's exterior redesign (echoing the boxy, shoulder-padded, razor-edged look just then hitting the fashion runways).

Downsizing made its impact under the hood as well. The '77 Ford Thunderbird shipped off the line with a smaller engine than the previous year's. The standard engine was a 5.0 liter, 302 cubic inch small-block V-8; buyers had the option of upgrading to a 5.8 liter, 351 cubic inch or 6.6 liter, 400 cubic inch V8. This was definitely a disappointment to drivers looking to the T-Bird as an ultimate muscle car, especially for folks who had come to love its giant mill on drag strips and stock tracks. On the other hand, the new TBird was so much lighter that few drivers noticed a loss in everyday performance.

And the 1977 T-Bird was so much easier to feed! Its improved fuel efficiency made a big difference at the pumps, and that was as strong a selling point in the Carter Administration as it is today.

What's your take on the 1977 Ford Thunderbird?

Have you driven a 1977 Ford Thunderbird?
Rank This Car

i have a 1977 thunderbird and ive been having issues getting it to start. it turns over fine, and im getting fuel to the carburetor. but it seems to have a mind of its own on when it will start. som...

What's causing my engine not to fire?

How To Read Timing Marks