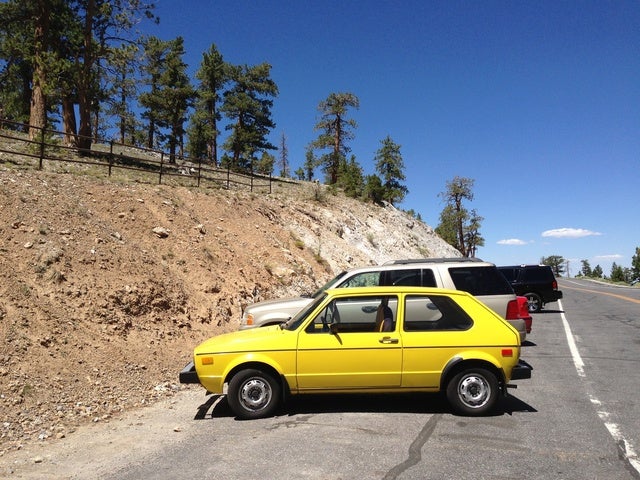 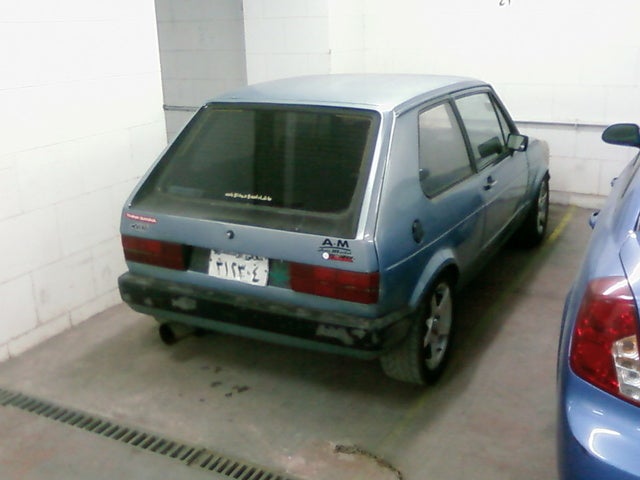 Despite the fact that it was a subcompact, the 1976 Volkswagen Rabbit offered plenty of legroom and storage space, thanks to the fact that VW installed the car's 71-horsepower, overhead-cam, four-cylinder engine sideways, minimizing the amount of space it required. And because the engine was mounted in the front, it provided additional traction for the front-wheel-drive vehicle. A four-speed manual transmission was standard in the Rabbit, while a four-speed automatic was available as an option.

The Rabbit was available as either a two-door or four-door hatchback. Standard equipment included padded sun visors, a rear window defogger, and specially designed front and back seats that improved support for the lower backs of passengers. Optional equipment included fog lamps, air conditioning, a passive restraint system, a racing-type steering wheel, and a European-style shift lever.

The Rabbit provided 12.4 cubic feet of space in the cargo area, which could be doubled to 24.7 cubic feet by folding down the back seat.

Drivers noted that the Rabbit was a dependable vehicle, although it needed to be properly maintained and tended to be a very basic automobile, with few extras or frills.

What's your take on the 1976 Volkswagen Rabbit?

Merlyn7755 Several engineering defects especially soft valves that wore out after 40,000 miles or so causing loss of comprsssion. This car almost bankrupted VW in the 70's. German engineering!?

Kevin I had 2 of these in the early 80's. I believe they were built in the late 70's. I loved them. My brother totaled the brown on and my friend totlaled the white one. Both drivers were unharmed. I miss those cars. Very reliable and fun. Moved me to college and back with all of my stuff, Never had an issue with them. Very reliable. I want to find one to purchase.

Tom I loved my '76 Rabbit that my mom gave me when she got a new car in the early 80's. I don't know about loss of compression, but I think mine had about 170,000 miles on it when I finally junked it. I do remember that in the last few years it got wobbly at any speed over 60 mph. As I remember, it got about 40 mpg, which was nice. I got the book "Keeping Your Rabbit Alive for the Complete Idiot" and I used to do most of my own work on the car. I also put in a new floor in the front after a rather gaping hole opened up under my feet. Anyway, I had a lot of fun with that car.

Have you driven a 1976 Volkswagen Rabbit?
Rank This Car