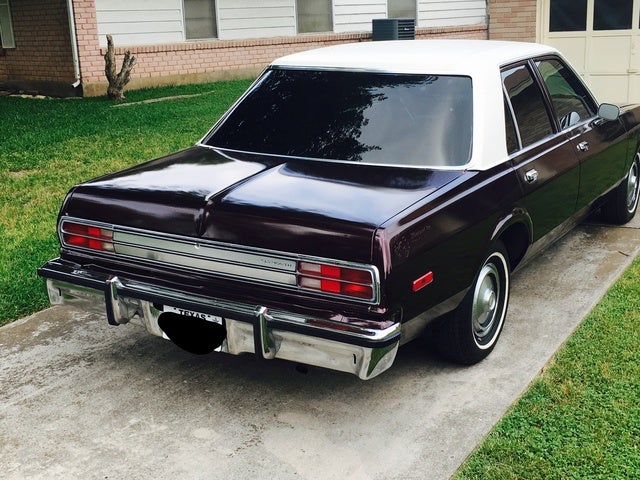 Have you driven a 1976 Plymouth Volare?
Rank This Car

As Good As It Looks And Runs, It Is A Work In Progress By redsled

Though this is my fourth slant-six Chrysler vehicle, this one is sentimental. My Dad gave it to me. My daughter and niece both had it for a while, which is where all the dents came from. When my da... Read More

just a really reliable engine possibly the best ever made it has a motor called the slant 6. drives smooth but its a tank meaning the whole car is metal very heavy car so it cant make it out of mud or... Read More

It Was A Good First Car By Donald

this car was great to own but it had and inline 6 in it and an automatic so it wasnt fun to drive but that was just me. it was a 4 door sedan and the ride quality was great. Read More

Overall It Is A Beautiful Car And I Forsee A Lot Of Fun Times Ahead With Her. By Greene_Zachariah10

Its a beautiful car and i absoulutely love everything about it. It has a re-upped 420 hemi in it with an overall 700hp. Additionally it has venetian leather seats that conform to the contours of you a... Read More

Love my car but can not find a fule sensor for it soo my gas gage does not work and it currently needs new spark plug wires put in and a few other things that should not take very long though. Read More