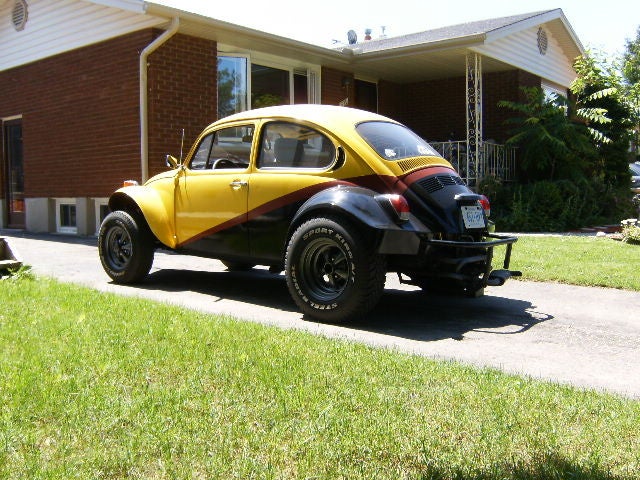 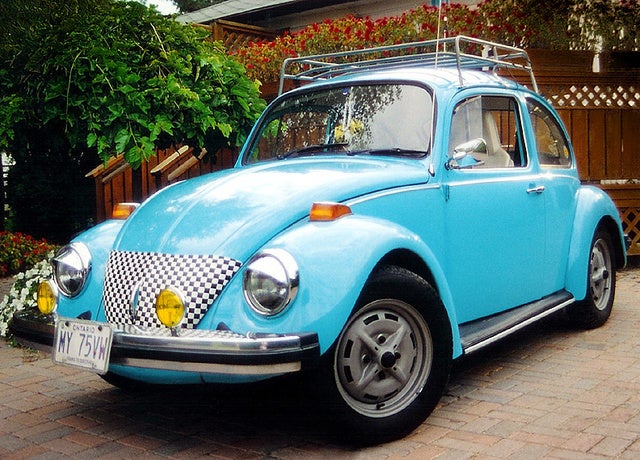 Volkswagen made a number of upgrades to the engine of its popular Beetle for 1975. For starters, the automaker replaced the Beetle's carburetor with fuel injection, and added a Fuel Injection badge to the rear engine lid. The engine case was made from a different metal alloy, called AS21, which made it more efficient at shedding heat. Other improvements were made to the Beetle's clutch and tailpipe.

In addition, VW continued its trend of offering limited-edition Beetles by introducing La Grande Bug, which was either a Super Beetle or convertible equipped with a sunroof, cord seat inserts, a rosewood dash, sports GT wheels, and special bumpers. It was available in metallic blue, gold, or green.

The standard Beetle was equipped with the 1600 four-cylinder, air-cooled engine that generated 58 horsepower, as well as with a dual braking system, four-wheel independent suspension, and a flow-through ventilation system.

What's your take on the 1975 Volkswagen Beetle?

Multivolks I bought a 1975 La Grand Bug, in the metallic blue...I'd had two beetles before, 1965 convertible and a white '67' which had the bigger engine, that thing went like a bat out hell. The '75 was quite nicely appointed, luxurious I recall..wood dash, map light, and and an awesome Blaupunkt 8-track player. I drove that car to Mexico and back, and across Canada from Vancouver to PEI and back through the US. I had to sell it to go travelling, which I thought made it a very good highway road and unless you had to try to pass a truck on a steep grade, I wasn't really aware of its lack of power. I would go on to acquire an awful 1964 basic basic model, when the gas gauge was optional ....you would, either fill it up and perhaps note the mileage used, or you could just run of gas then use a foot lever to connect the reserve tank...which would give about 30 miles to get a gas station. Then came a 1971 411' wonderful and quirky car which almost killed VW.. It wasn't that powerful and handled so so, and it's technology with the rear engine, came out when all the front wheel cars were blowing sales records..so it wasn't long before the 411, then renamed the 411, became a fading memory. I now drive a VW Tiguan. And love it...I would love to get old beetle, the modcoms in the Tiguan, sunroof sound system, making it hard to consider driving a car that was noted for its understated, and durability. I think I'd still go fit.

Have you driven a 1975 Volkswagen Beetle?
Rank This Car

When Were Indicators Moved To The Bumpers On The VW Beetle?

I read on the Wikipedia that they moved the turn indicators from the fender to the front bumper in '75, but the one I have is supposedly a '75 but the indicators are on the fenders. I've seen pictur...

38 views with 7 answers (last answer about a year ago)

Did The '75 Have Seatbelts?

I don't know what year belts became required, but did the '75 have them? I don't know if I need to find a way to get custom belts or not.

38 views with 4 answers (last answer about a year ago)

can install an in line push button start with key ignition

the nozzle at the gas pump does not go far enough into the tank to fuel up at a rate greater than a trickle. Any suggestions?