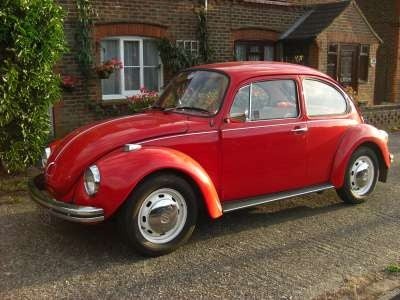 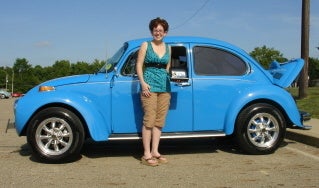 Volkswagen continued the trend of offering special editions of its popular Beetle by introducing the Sports Bug in 1973. It was a 1973 Super Beetle equipped with Recaro bucket seats, a simulated-leather sports steering wheel, oversized sports-type radial tires on oversized Porsche 914 rims, a sports-tuned transmission, and an upgraded suspension. The Sports Bug was available in a Marathon Metallic blue and Saturn Yellow colors with special exterior stripping and Black trim.

The Super Beetle was also available for 1972. It came with larger brakes, an upgraded suspension, and twice the luggage space as the standard model.

The standard Beetle was equipped with the 1600 four-cylinder, air-cooled engine that generated 58 horsepower, as well as a dual braking system, a four-wheel independent suspension, and a flow-through ventilation system.

What's your take on the 1973 Volkswagen Beetle?

Have you driven a 1973 Volkswagen Beetle?
Rank This Car

I am helping the daughter and sister of gellow that died in February of 2021 to sell a 1973 Volkswagen that he bought in 2018. The VW Bug was very nice when he bought it. He was a retired engineer a...

SHOULD I BE USING UNLEADED OR PREIMUN GAS IN A 1973 VOLKSWAGON SUPER BEATLE...

Anyone Want To Buy A Awesome Baja Bug? Best Looking Bug U Will Ever See

How Do I Turn On The Heater

i think i have a heater, but the controls dont give u any hints on how to use it, pls help! my fingers are numb by the time i get anywhere:-(

I just purchased a 1973 VW Super Beetle, but I'm having a tough time with the manual transmission so I can't drive her. Does anyone know of a place that can install a semi-auto or complete automatic t...