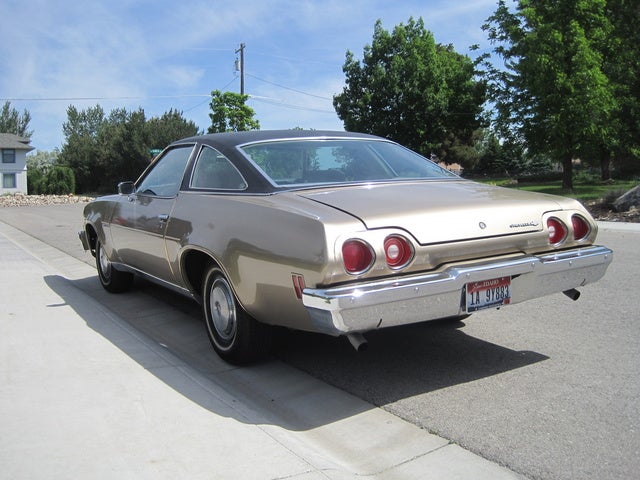 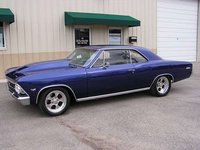 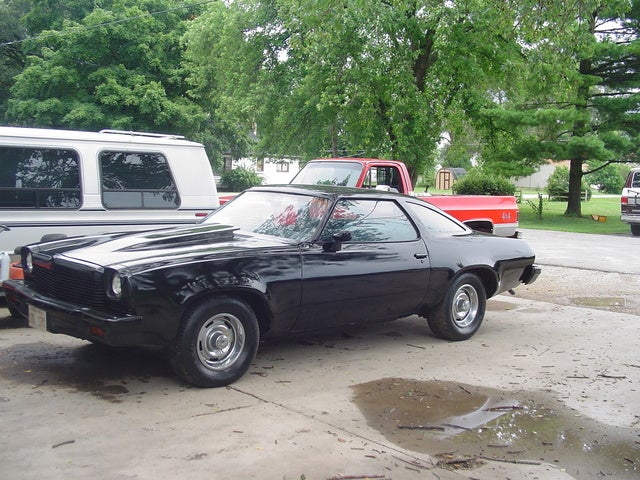 You know that feeling when you go to the gym every day for like, three weeks or something? Then you wake up to go one morning, and it's snowing, so you say, "Well, I'll just skip one day," and next thing you know, it's four weeks later and you're sitting on your couch with a bag of potato chips, remembering the muscle you used to have and thinking, "Hmm..maybe someday I'll get it back?"

Well, my friend, then you would be the human equivalent of the Chevelle SS. After a few great years, the SS was waylaid not by snow but by ever-growing restrictions on emissions, gas type, and engine size. The 1973 Chevelle SS would be the last of its kind, although the non-SuperSport Chevelle would continue to be produced until 1977.

In its final year, only 2,500 SS 454's were sold. The anemic base engine was now a 350-ci V8 145 horsepower L65. Still fair by today's standards, this was nothing compared to the muscle the model had seen (kind of like you sitting on the couch, now reaching for a beer, looking at your bicep and thinking, "See? It's still there!")

The SS 454 engine was still fairly respectable at 245 horsepower.

What's your take on the 1973 Chevrolet Chevelle?

bubba44012 I had a black on black automatic 454 and to this day I know I let a rarity slip threw my life. It's only a matter of time when the rest of the car crazies will realize this and notice what a beautiful design it was or is. And being the last of the Super Sports make it special.

nascarjay I had a 1973 Chevelle Laguna with the rubber front nose, which later became the SE and so the 73 Laguna was a one year only and to find a Laguna or even a SE today you will notice that those are double of the standard Chevelle and even cost more by a few $1,000 over the 454 ss. The rubber front clip made the car look like a NASCAR as at that time Gran Ams and other models such as the cutlass had tried to copy and those are as rare as the Laguna's as well. Some of the elcominos also had this front clip, and up they are rare also and yup cost much more. The only more sought after Chevelle than the Laguna would be the four speed manuals, and if you get a 454 with a 4-speed, even better. I am not sure if Laguna ever made a 4-speed or not, and I have only seen 2 or 3 and one was a 454. and one even had a bench seat, which I also thought was pretty cool as not many cars had a manual with a bench seat. Anyhooo all the 73 chevelles are now as expensive as the earlier ones, even the 74-77 are costly. I also had a 74 chevelle but liked the 73 much better, last year with round tail lights, and the better looking front end. My 73 was triple green, and my 74 was red w/black vinyl roof, and black interior, both had 350's and bench seats, but for the life of me I can not remember which one had the triangle rear side window's, I think it was the 73 and I also think this is a better look over the rectangle shape side rear window, again more NASCAR like. Well I as well regret selling mine, I crashed the 74 into a tree (Totaled) I do see that year and style in the 5k range at times, but only see a Laguna or SE for sale once in a great while and they tend to be 8-12k or even more, and be aware of fakes, there are reproduction front clips, BUT THEY NEVER FIT WORTH A CRAP, and therefore usually very easy to tell. OK, I am gonna go and cry about selling my Laguna.............

Have you driven a 1973 Chevrolet Chevelle?
Rank This Car

How Many 73 Chevelles Were Built With 454 Engine.and What Are They Worth.

how many 73 chevelle lagunas were built with 454 engine.and what are they worth.

What Does The LS On Trim Plate Means?

I can't determine what LS in trim plate means?

Gallons Of Gas In A Car Tank

Recently bought a '73 Chevelle and am needing to change the oil, but I can't find any recommendations for oil grade on anything that old. What might you all recommend?