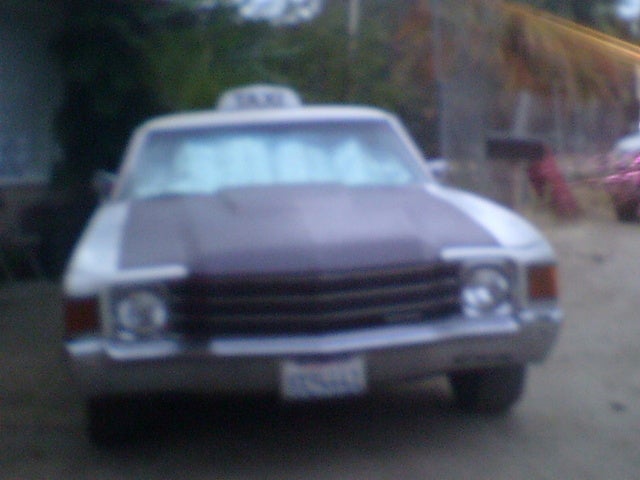 CarGurus has 294 nationwide Chevelle listings and the tools to find you a great deal.

The 1972 Chevelle seemed to be following in the tread marks of other muscle cars of the time, declining in power to meet emissions standards.

A new rule had engines reporting their net horsepower rather than their gross, so power numbers fell through the floor.

The exterior was not changed much from the 1971 model, except that single-unit front turn signals were introduced.

What's your take on the 1972 Chevrolet Chevelle?

Have you driven a 1972 Chevrolet Chevelle?
Rank This Car

CarGurus has 294 nationwide Chevelle listings and the tools to find you a great deal.

I recently purchased a 1972 Chevelle and was adviced to use Shell Rotella 10W40 motor oil with a note that it has zinc which is needed for the older car. Does this sound right?

445 views with 2 answers (last answer about a year ago)

What Is Market Value Of 1972 Chevelle SS

I kinda inherited this car and was wondering what fair market value might be. It has a 462 CID 71 Corvette L-88 engine. Has a manual transmission and runs great. The interior is a little dirty and ...

Whatswrong With My AC/Heater Controls

I have a 1972 Chevelle with A/C. Everything works but the air does not come out of the vents strong. Wondering if its the fan switch or blower motor? Any suggestions.