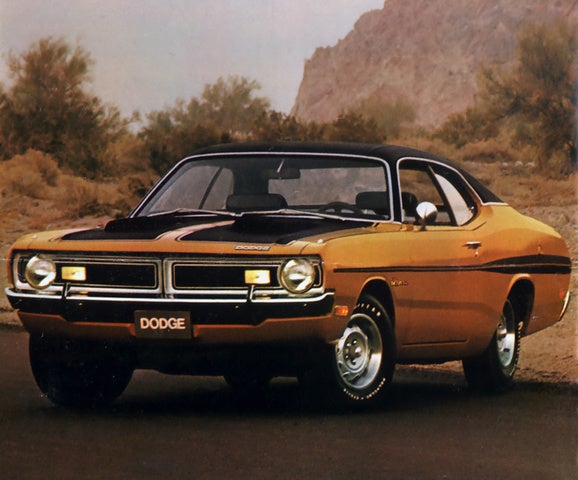 Have you driven a 1971 Dodge Dart?
Rank This Car

Yes, was reasonably price compared to other cars with the same mileage. The only thing I would have loved to have is a sunroof lol ut otherwise this car is in great shape and drives like a dream! Read More

I bought 2 Dodge Dart GTs in the last 15 months for my kids. The GT is a very nice car with nice interior and excellent stereo. The gas milage is also good. The only dislike for me is the high perf... Read More

I love the car it drives well. There is some damage on the bumper so the dealer took off $300. Fair price Read More

Good price for the car. Not my first Dart. Read More

I’ve owned my dart since 2015. Just hit over 100k miles and it’s not given me a single issue. As long as these cars are maintained, I’m convinced they’ll run forever. Read More

Not bad,few recalls and problems with motor mounts and cylinder walls also injectors, manual is better but dual clutch isnt bad. Think it would have been better of they made an SRT version like the Ne... Read More

Best First Car Anyone Could Have, Reliable And Utilitarian. By Noah

This machine was my first car. With $400 and buying it at night I actually came out on top. This car couldn't die, and had no ergonomics at all. No carpet, holes in the floor from rust. No trunk bott... Read More