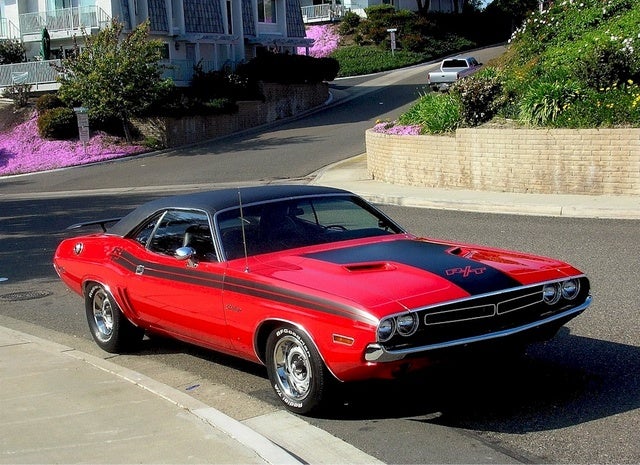 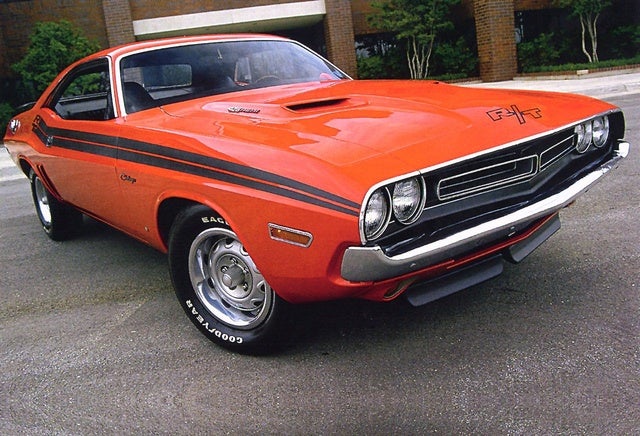 Limited popularity of the Dodge Challenger in the waning years of the muscle car segment may be the reason for some of the changes in 1971. The convertible form of the R/T was gone, as was the T/A, since Dodge pulled out of the TransAm race circuit. The 440 was dropped, but not the 440 Six-Pack, although its horsepower was reduced to 385 bhp. The R/T standard 383 engine was reduced to 300 bhp because of government restrictions. The SE package was only available on base models.

Cosmetically, the 1971 Dodge Challenger received a bit of a facelift with a redesigned split grille, color-keyed bumpers, and new striping. The small rear window that was a feature of the SE package was enlarged to normal size. Otherwise, the trademark fat rear tires, wide long hood, and short back-end remained the same.

In its second year, sales of the Dodge Challenger plummeted. Trying to boost the image of the car and get good exposure, Dodge built specially-designed Challengers to act as pace cars at the Indy 500. They were bright orange with white interiors. Unfortunately, in one of the worst (if not accidental) PR moves ever, one of those pace cars crashed into the press box. Because so few 1970 and 1971 Dodge Challengers were sold, tuners wanting to reproduce their look usually start with 1972-1974 Challengers.

What's your take on the 1971 Dodge Challenger?

bcole41507 I had a 1971 Challenger R/T, much like the one pictured. But, without the stickers (decals). It was a 383 with a pistol grip 4 speed, and leather black interior (not vinyl). I was in my early 20's, and this car has the very popular (for the time period) Cragar SS (deep dish) wheels, with the large meats on the back. I added more and more performance parts to the engine over the years and changed the rear end gear ratio. The car was wicked fast! The color was not orange, but looked orange when alongside a red car. However, it was not orange when alongside a vitamin c orange mopar. Forget the name of the color (but, it had red in the name). Loved the car. Loved the color. One of my favorites!

Users ranked 1971 Dodge Challenger against other cars which they drove/owned. Each ranking was based on 9 categories. Here is the summary of top rankings.

Have you driven a 1971 Dodge Challenger?
Rank This Car

How Many 1971 Dodge Challenger Convertible Were Produced With Shaker Hood

1971 Dodge Challenger convertible with shaker hood, 383 Magnum, 4 speed, pistol grip and spoiler kit. I know several convertibles were made and several shaker hoods, but the combination of both seems ...

Why Does My 1971 Dodge Challenger Have A Column Shifter

30 views with 5 answers (last answer about a year ago)

I'm Inquiring About The Number Of Challengers That Were Sold With An SE Pac...

We own a 1971 Dodge Challenger that has 2 cal tags under the hood and am aware that Challengers didn't produce an SE package for that year. We've ran the VIN and the 2 fender tags to understand more o...

i was told this is a rare car

Have # Match 71 Convert What Does It Do To The Value To Change From The Ori...