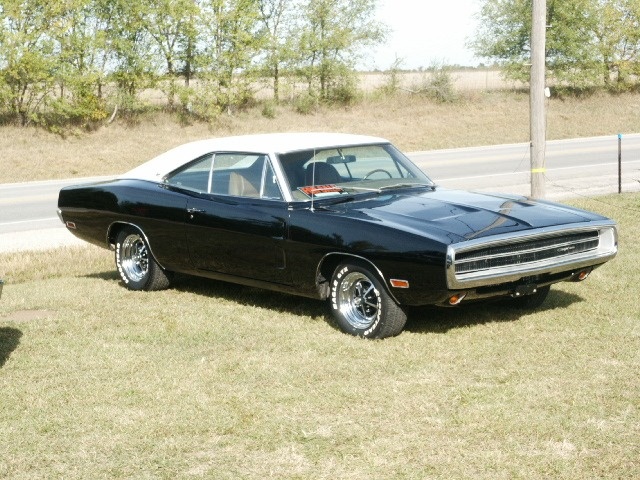 The 1970 Dodge Charger is a monster of a car with an astounding following. 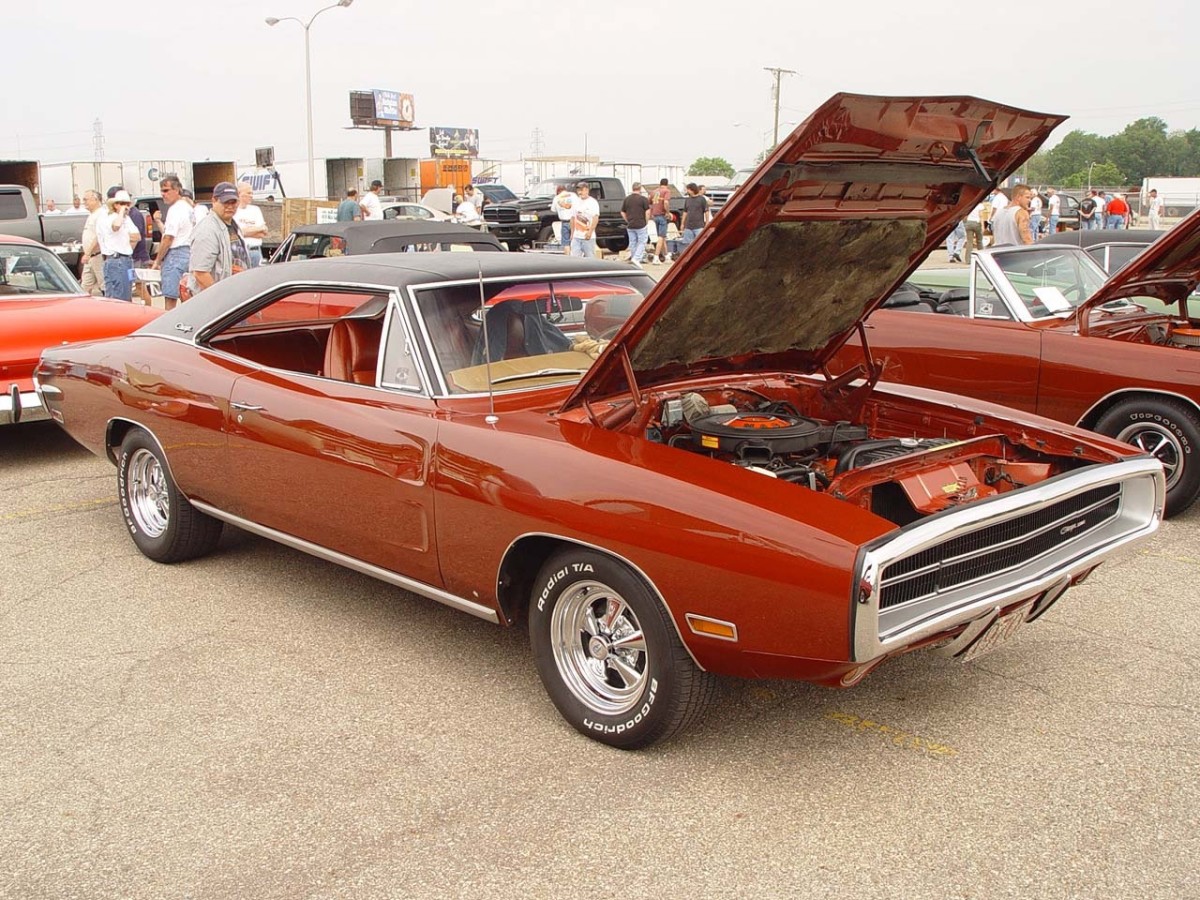 The Dodge Charger is building up a movie resume almost as prolific as Michael Caine's. Although the 1968 Charger stole the show from a Ford Mustang in “Bullitt,” (Sorry, Steve McQueen), the 1970 Charger outshined a Mitsubishi Eclipse and Toyota Supra to become the real superstar of 2001’s "The Fast and the Furious" (sorry, Paul Walker). 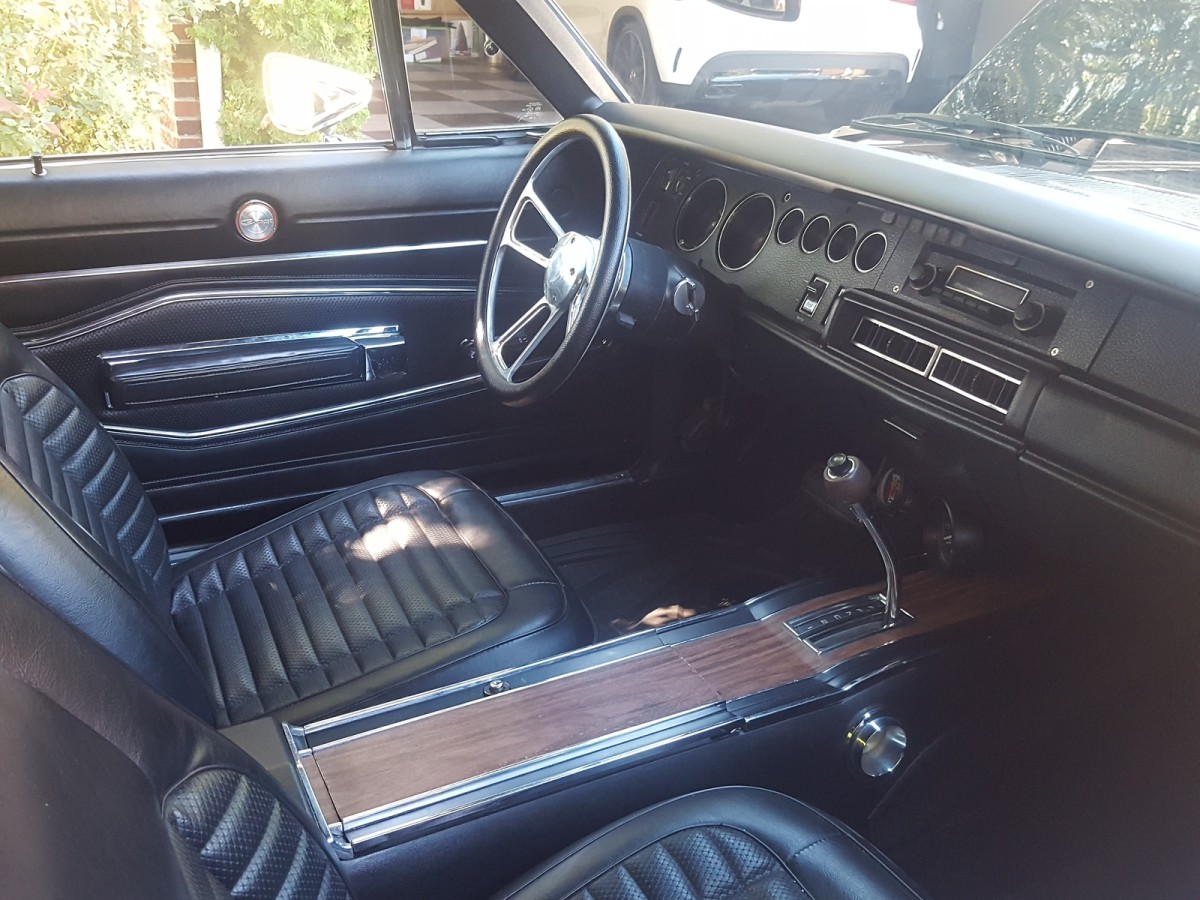 The last model year of the short-lived second generation—which ran from 1968 to 1970—this car saw few changes compared with the 1969 Dodge Charger. Of note, a new chrome-surround bumper adds an inch to the car’s overall length, and Dodge decided to drop the center division from the grille. Additionally, 1970 saw the introduction of Dodge’s “high impact” paint options, including Plum Crazy and Panther Pink.

Backward-facing body scoops on the front doors show up on the R/T model. Bench seats were standard, with optional high-back buckets and a fold-down center console available on the 500 and R/T models. The ignition was moved to the steering column, and the gear shifter changed to a pistol grip. You had your choice of either bumblebee striping or a single longitudinal stripe. 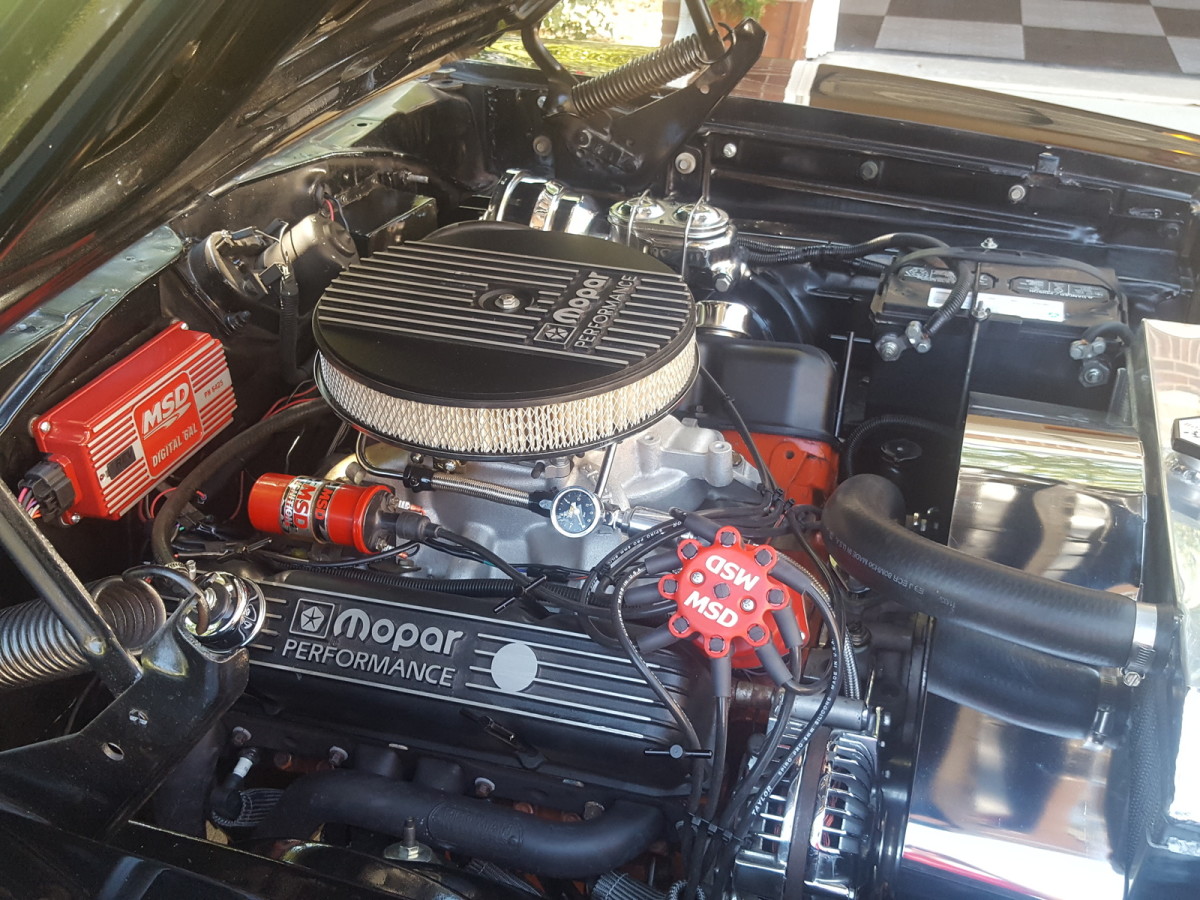 Sold as a two-door hardtop coupe body style, rather than the sedan that would arrive in the 21st century, The 1970 Dodge Charger came in three versions—base, 500, and R/T. There is an optional SE (special edition) package that included leather seats, a wood-finished steering wheel, and an electric sunroof. While there were only a few trims, Dodge continued to offer the Charger with a wide range of engines—that's the way MOPAR operates, after all. The base model had a measly slant six with 145 horsepower, which was replaced later with a 318 cubic-inch V8, also found on the Dodge Charger 500, no longer a performance model. The 500 was also available with the 383 cubic-inch two- or four-barrel carb V8.

The big addition in the Dodge Charger R/T this year was the 440 Six Pack V8 engine. A whopping 7.2 liters in displacement, the Six Pack was available only during 1970 and delivered 390 bhp. This was an alternative to the four-barrel, 375-hp 440 Magnum V8. The famous 426 Hemi V8 engine also returned but was given hydraulic lifts. The NASCAR-legend Charger Daytona was produced only in 1969 and featured the 426 Hemi and 440 Magnum; it remains incredibly collectible fifty years later.

The rear-wheel-drive (RWD) 1970 Charger can be found with a three-speed or a four-speed manual transmission, or a three-speed automatic transmission. For 1970, Dodge also introduced the new pistol grip shifter design, which became a highly sought-after feature for vintage muscle car collectors. 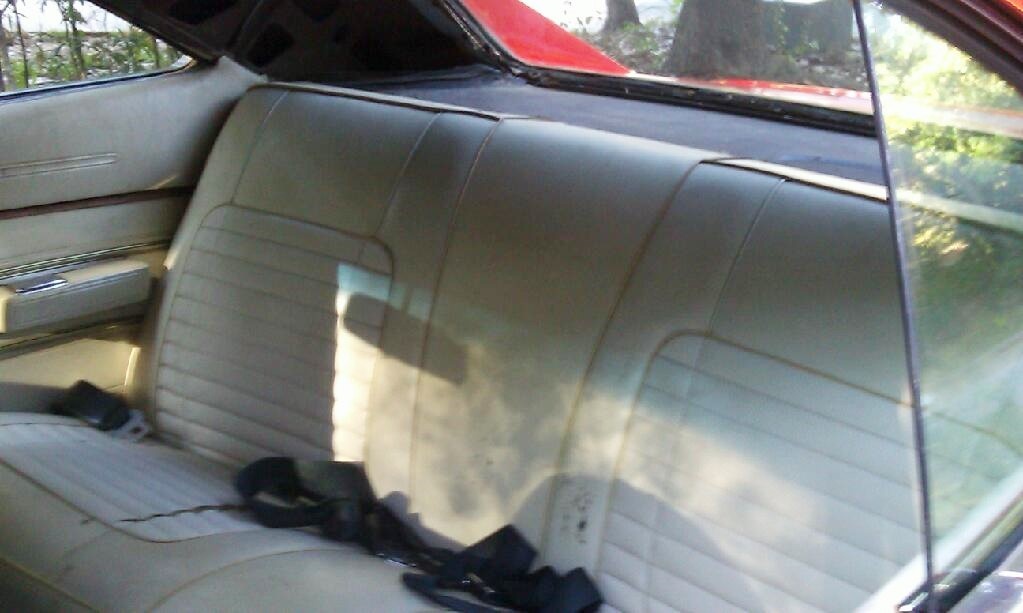 Like the 1968 and 1969 models, the 1970 Dodge Charger certainly showcases some of Chrysler's de-contenting that differentiated the second-generation car’s interior from the first-generation Dodge Charger. For instance, 1970 was the first year that Dodge provided the Charger with a front bench seat (bucket seats remained available), and the door map pockets became an option item. 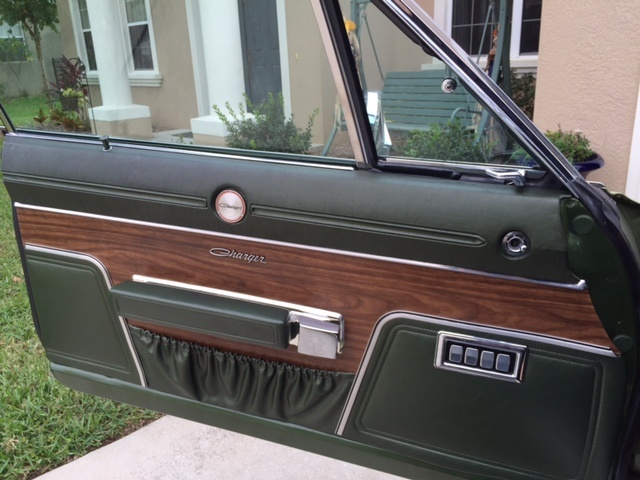 Muscle cars from the 1960s and 1970s aren't exactly known for being high-tech. The Charger did offer a few interesting options, like hood-mounted turn-signal indicators on the SE trim, and headlights hidden into the recessed grille. The optional high-backed bucket seats helped with comfort, and that pistol grip shifter added a nice touch. 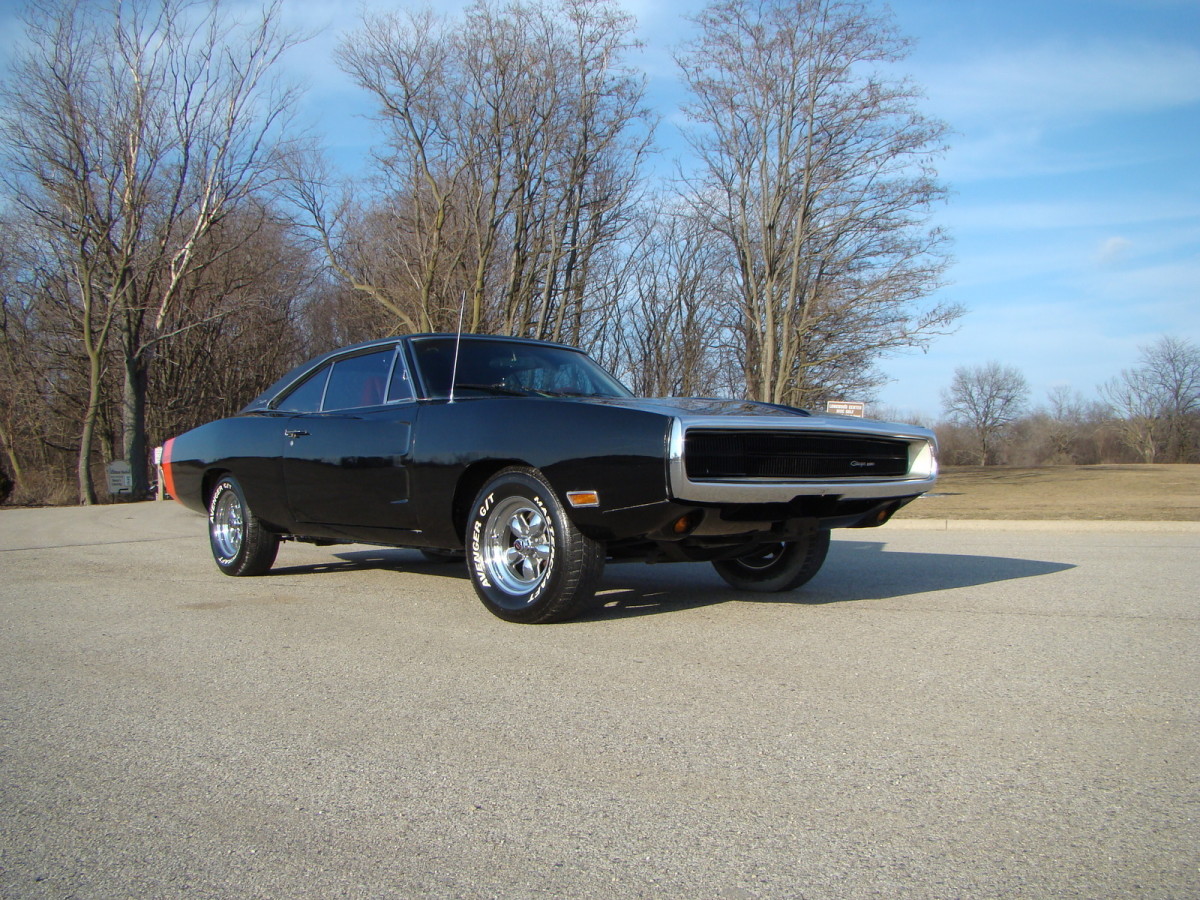 It's hard to imagine a car this heavy and this powerful being very safe, and in truth, the 1970 Dodge Charger isn't a very safe car. It was fitted with a padded steering wheel ( which truthfully wouldn't be much help in a crash) and a collapsible steering column (a critical feature that would become standard across the industry before long). Further, you can expect to find Chargers with seat belts. 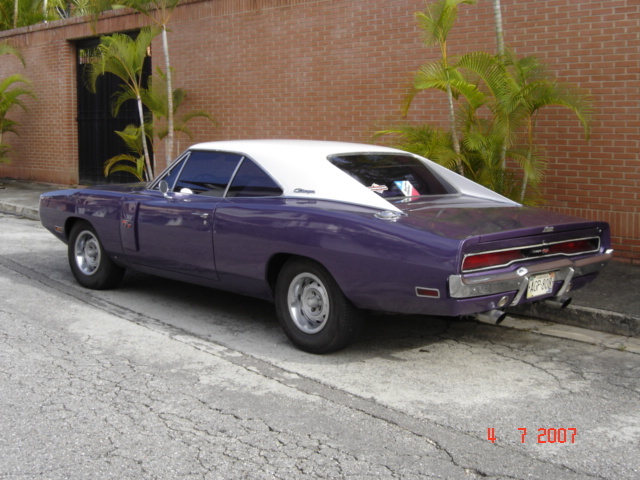 In addition to the Chevrolet Camaro, Ford Mustang, and in-house competitors like the Plymouth GTX and Barracuda, The Dodge Charger saw some new competition in 1970, thanks to the arrival of its stablemate, the Dodge Challenger.

Despite the Challenger’s arrival (and its eventual star turn in Richard Sarafian’s “Vanishing Point”), it's no surprise that owners and collectors still love the Charger for its high performance and speed, speed, and more speed. A true muscle car, the Charger’s only objective drawback is its gas mileage—to be expected when shopping for a 1970’s two-door V8. The crown jewel in the classic car collector world is the R/T SE with the 426 Hemi V8 engine option. That, of course, is because not many Hemis or 440 V8s were ever sold (less than 1% of all Dodge Chargers that year), meaning they remain exceedingly rare.

obis So I just bought an all original 1970 Charger R/T with the 440 4bbl setup. The motor has never been opened or messed with from what I have been told. My question is what type of gas should I use? Didn't these cars need leaded fuel back in the day to help lube the valves? So will the unleaded gas do damage?

GuruVPN9R I had a Charger 500. Great car, amazing power from the 383, was sunset orange, black leather, high back seats, black vinyl top, wide ovals. Man, I miss that car.

Users ranked 1970 Dodge Charger against other cars which they drove/owned. Each ranking was based on 9 categories. Here is the summary of top rankings.

Have you driven a 1970 Dodge Charger?
Rank This Car

Can A 1970 Dodge Charger Have A Blower And A Turbocharger

Considering buying one to make a General Lee

What Is The Fuel Mileage On A 426 Hemi Charger

How big was the gas tank on the car and what was the fuel mileage??

whats the city and highway gas mileage on a 1970 dodge charger with a 440 ci for the engine!

what size engine does a 1970 dodge charger have