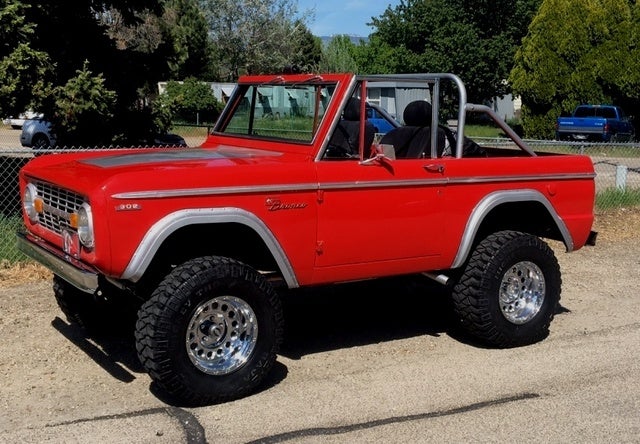 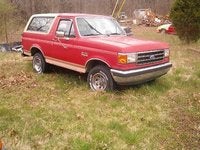 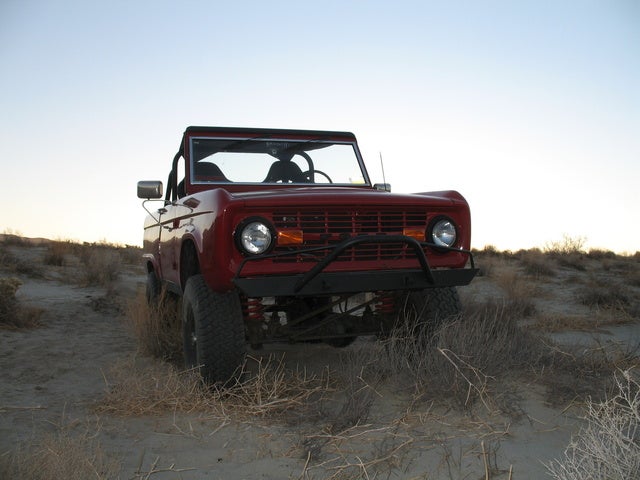 The Ford Bronco was one of the earliest SUVs, along with the Jeep CJ-5 and International Harvester Scout. The debut Bronco (1966) featured four-wheel drive (of course) along with creatively conceived axles, suspension, and engine components designed to allow the Bronco to traverse rough terrain and even tip drastically at low speeds with no ill effects.

Initially, the Bronco outsold its competitors. In 1969, the Chevrolet Blazer emerged as a serious rival, with its powerful engine and more comfortable interior. A V8 engine with over 200 hp was available on the '69 Ford Bronco, but it didn't come close to the top Blazer engine option with its 255 hp.

In 1969, the Ford Bronco saw a surge in production to over 19,000 trucks. Ford improved the noise, vibration, and harshness (NVH) characteristics, and the steering stabilizer became standard. The vacuum-controlled windshield wipers were gone, replaced with a two-speed electric motor and wipers. The Sport package now offered a slightly dressier interior, but the Bronco stayed true to its no-frills origins for the most part.

'69 Ford Bronco owners had a lot of fun with the truck, many of them replacing various parts until they had an extreme vehicle capable of climbing Mt. Fuji (well, almost).

Have you driven a 1969 Ford Bronco?
Rank This Car

What Are The Paint Colors For This Year

were seatbelts stock in a 69 bronco

I would like to know what axels and the gearing were used on the 1969 Bronco with a 302 engine and a three speed transmission? Thank you for your reply.