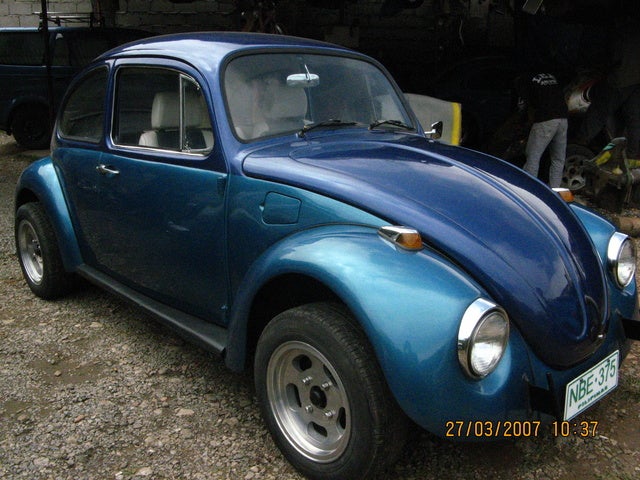 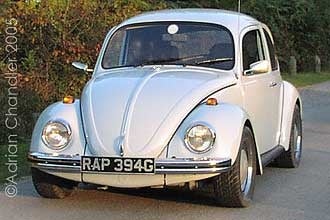 Never a company that could be accused of standing still, Volkswagen continued to make both minor and major upgrades to its popular Beetle throughout the 1960s. New for 1968 were larger front and rear brakes, a upgraded carburetor, head restraints built into the front seats, a collapsible steering wheel, larger tail lights, an exhaust emission control system, and an upgraded independent rear suspension system. The bumpers and hubcaps were also redesigned, and for the first time the Beetle came with a plastic dashboard.

Power was provided by a 1500cc engine that produced 53 horsepower. A four-speed manual transmission and telescopic shock absorbers were also part of the package.

What's your take on the 1968 Volkswagen Beetle?

flyerman I bought a '68 VW Beetle new and it was the first car I owned with shoulder harness for the front seat passengers. Mine was Green and was a great car until a drunk in a '67 T-Bird rear ended me and destroyed it. This car was so well made that the three occupants in the car escaped without injury. That was April of 1972 and I replaced it with a new Audi 100LS.

Jeanne i bought a 1968 Volkswagen Beetle. it wasn't a lemon, it was an ABORTION! it was a car that was supposed to stay in Germany! but by mistake?? came to USA. and i won the lottery that year with an abortion. the only thing that was the same was the body, wheels, bumpers, lights. everything else was a test for future years! some of them were outlandish. the abortion was confirmed by GERMANY, but would not assume responsibility or replace it. when it could no longer be cob bed up to keep it running, it went to the junk yard 11 months later! if this story sounds like the figment of someones imagination, it was, the engineers at Volkswagen!

Have you driven a 1968 Volkswagen Beetle?
Rank This Car

Can the brake pedal assembly be moved away from the gas pedal on my 1968 vw beetle. It's to close and my shoes get stuck behind pedal. I've owned a beetle befor and never had this problem .I'm sur...

What Does A Complete 1600 VW Engine Weigh?

What does a complete 1600 VW engine weigh? I doubt I can move one alone.