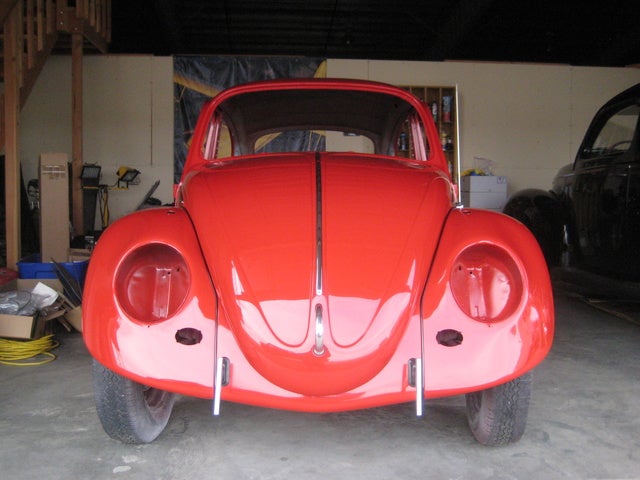 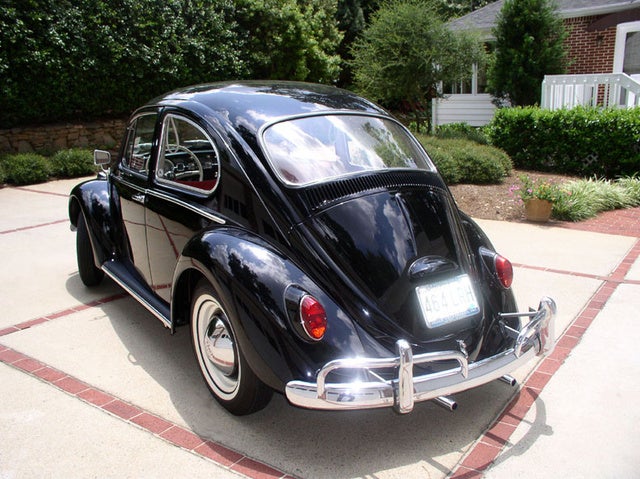 For the first time in a long time, the 1965 Volkswagen Beetle actually looked a little different than its predecessors. That was due primarily to the fact that VW enlarged the Beetle's windows and windshield, which helped improve outward visibility for drivers and passengers. And helping to keep passengers warm was a more efficient heater, operated by levers on the dashboard rather than knobs. Seats were also more contoured for greater comfort.

In addition, windshield wipers were more powerful, the engine hatch opened with a push-button handle, the sun visors swiveled, and the rear seats folded down to provide additional storage room.

As in previous years, the '65 Beetle was powered by a 40-horsepower, four-cylinder, 1200cc (1.2-liter) aluminum-magnesium engine, which was linked to a four-speed manual transmission. The vehicle also came with independent front suspension and telescopic shock absorbers.

Other standard features for the '65 Beetle included sun visors, coat hooks, assist straps, an automatic windshield washer, an overhead light, and luggage space under the front hood and in a three-foot carpeted compartment behind the rear seat.

What's your take on the 1965 Volkswagen Beetle?

Have you driven a 1965 Volkswagen Beetle?
Rank This Car

I have a 1965 beetle that needs a hood, bumpers and rear fender. Wondering if early 70s parts would fit?

I have a 1965 VW Beetle and am considering putting in highback front seats. (Currently have low back seats.) Any complications here regarding the seat tracks? Any suggestions would be appreciated!

65 Be Turns Over But Won't Start

I just replaced the clutch in my 65 beetle and now the car will not start . Any suggestions?