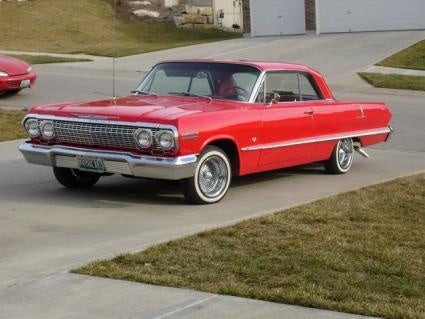 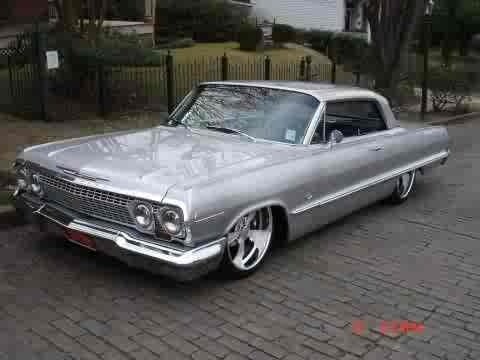 Perhaps the most interesting option in these cars were the "mystery" engines introduced at races in Daytona. They were close to the drag racing Z11's, but were supposedly even faster.

What's your take on the 1963 Chevrolet Impala?

Have you driven a 1963 Chevrolet Impala?
Rank This Car

ANYONE GOT PICTURES OF THE BILL CLAY Z11 CAR RACED IN WICHITA, KS. HE TOOK ...

What Engine Can I Put Im My Project Impala 63

i want to swap my impala 63's engine with a good,suitable semi economic around 300 hp engine and idk what will work , soo please help?

70 views with 4 answers (last answer about a year ago)

How Do You Know If You Car Is A True Ss

How Do I Know If A '63 Chevy Impala Convertible Is A Super Sport Or Not?

How many 1963 Chevy impala convertible super sport 409 made?