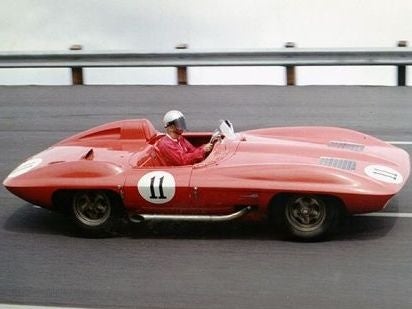 1960 was the first year that Corvette production topped 10,000 (10,261 to be exact), though the car featured few changes from the previous year. Engines remained the same, and a few colors were changed.

The 1960 Chevy Corvette grew in legend with the premiere of "Route 66," a television show centered on the premise of two men driving around in a 1960 Corvette looking for trouble.

What's your take on the 1960 Chevrolet Corvette?

Have you driven a 1960 Chevrolet Corvette?
Rank This Car

I'm Looking To Put A Value On A 1960 Corvette Convertible In Need Of Major ...

This car is in major need of restoration. It has an engine and transmission but has been sitting for over 20 years. Any advice on how to determine its value is much appreciated.

455 views with 2 answers (last answer about a year ago)

I Have A 1960 Corvette That Has Sat Unstarted For 3years But Have No Spark ...

I can not find anything obviously wrong

I Have A 1960 Corvette. Both Tail Lights Work, But Only The Drivers Side Br...

We are doing a mechanical restoration on a 60 Vette. Any help on where these brackets go would be greatly appreciated.