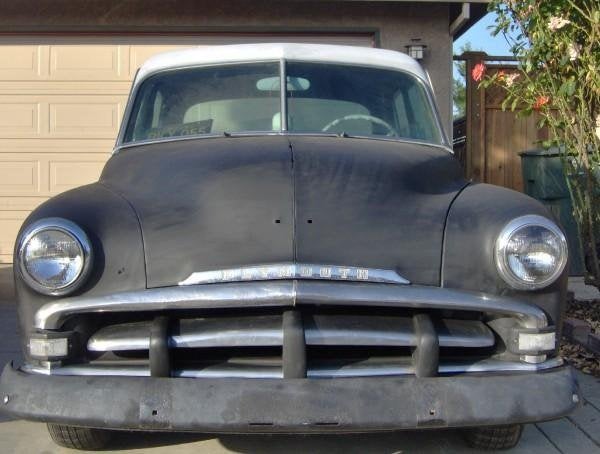 Have you driven a 1956 Plymouth Fury?
Rank This Car

Its My Baby!! By Richard

Besides the dent in the passenger side, its an EXCELLENT running vehicle and it gets me from point A to B to C and back again. still runs very strong!! Very fun car to drive as well!! i recomend this ... Read More

My Sleeper By Jim

Old Car But Still A Beauty By Tony

This car has great quality. Strong 318 motor, endless power, and great handling. I've had eight people in the car at one time comfy. Leg room in the front and in the back. It's a great car to drive. I... Read More

I LOVED this car soooo much. It was an old cop car from VA so it had great handling. It was baby blue in and out. I can't remeber the size of the engine, but it had incredible pick up and a FANTASTIC ... Read More

I had a navy blue one in 1983. Young and foolish - traded the 77 Mini for this boat. Couldn't afford the gas. Read More

BIG fleshy 70's Chrysler, with all the power amenities...that six way seat still kills me, as does the white, giant upholstry, installed 8-track player and ashtrays on the backseat and two in front. ... Read More