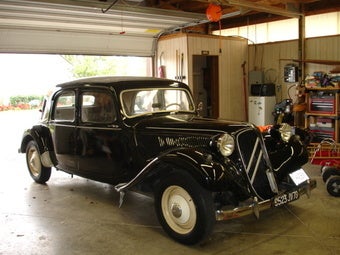 Have you driven a 1956 Citroen Traction Avant?
Rank This Car

Gotta Get Another One Some Day By Jack

old, slow, unreliable, but I loved it.I owned it for over 35 years and restored it from the ground up, with help from Susan. Eventually it became just too labour intensive to keep it on the road so it... Read More

My very 1st car ever. I didn't own the car shown but I had a similar one wich I bought 10 years old and in mint condition for Bec 5,000, cleaned it up and had it painted race green, otherwise it was s... Read More