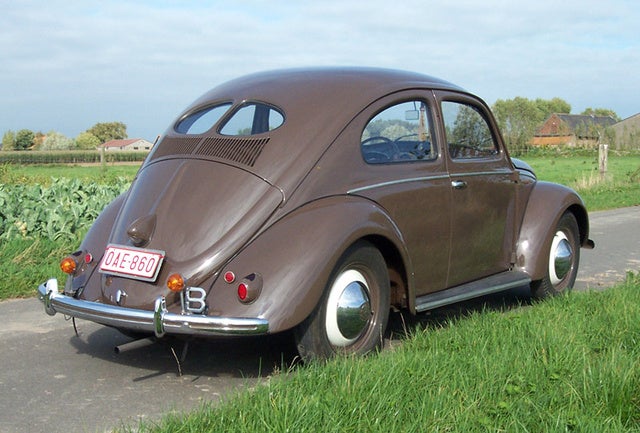 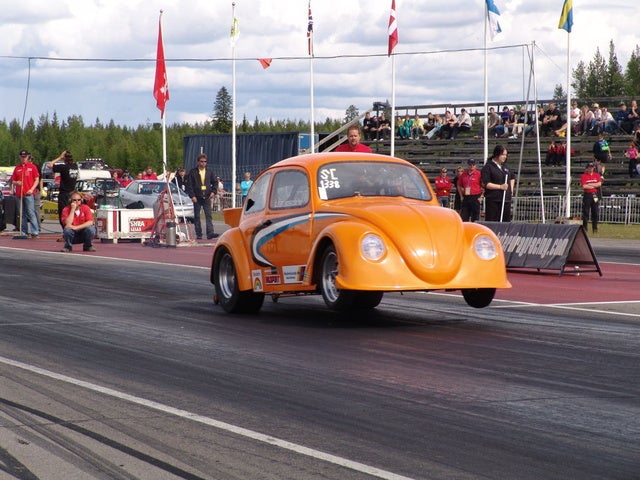 Popular in post-war Europe, more than 100,000 Volkswagen Beetles were sold in Germany and surrounding countries in the mid-to-late 1940s. But it wasn't until 1950 that the Beetle was first sold in the U.S. That year, only 157 cars were sold, but it was the beginning of a love affair between North American car buyers and the lovable Bug.

One of the great selling points of the venerable Volkwagen Beetle was that it was difficult to tell one model year from another. Restorers and aficionados point, then, to small alterations or additions to the Beetle over the years. Ashtrays, for instance, were added in the 1950 model year, which is also distinguished by its unique "split" rear window (separated by a pillar down the middle). A cloth sunroof was available as an option, and export models like those sold in the U.S. came with hydraulic brakes instead of the cable brakes offered on previous models.

Of course, there are many who believed that the design of the Beetle was classic, and how could you mess with a classic? The scarab-like design was eternal in its own way, and the four-cylinder, air-cooled, 1200-cubic-centimeter engine was mounted in the rear, and designed to be as simple as possible, precluding the need for expensive repairs. In fact, many owners could repair the engine themselves.

The Beetle was also economical, which was a large part of its appeal. It was inexpensive (cheaper than just about anything out of Detroit) and got great gas mileage. All in all, it was exactly what it was designed to be: the "people's car.&#34

What's your take on the 1950 Volkswagen Beetle?

William If I'm not mistaken, this model had a crash-box transmission; i.e., not synchronized. I had to watch the RPMs closely to shift, which is onerous.

William If I'm not mistaken, this model had a crash-box transmission; i.e., you had to watch the RPMs closely in order to shift. This requires a really dedicated car collector--I passed on buying one for that reason. My 1960 model was just fine.

Have you driven a 1950 Volkswagen Beetle?
Rank This Car

What Date Was The First Beetle Sold In The United States

What date was the first Beetle sold in the United States?