Susan is the best and more honest sales rep I have come across in the past year while searching for a new car for us. Too bad that they sold the car of our interest before we were able to commit. Wouldn't hesitate to get a car from her regardless of what dealer it's from. Great work!

The dealer was very quick to respond. But, unfortunately I waited to long to contact them back and the Jeep has sold.

After a couple of phone calls verifying information, no return call... Crickets.... They should at least let us know what's going on! 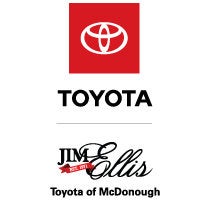 So far the correspondence has been favorable. Still in the communication process though. Yes they have been persistent, which is to be expected. Since I live a good distance away I want the detail worked out and mind made up before I dive in. Probably add more experience info later.

After initial contact, nothing... Crickets!!!! I would appreciate an update or something, it's been a week!

Fast response and keep looking for what you need

Quick response, but very in considerate of out-of-state buyers...

They responded 4 times in email, 4 times in text, and all with the same generic response. Even the GM responded with a generic email. Never seen such poor execution of sales.

They responded to my email in a quick response with great information.

I had a very pleasant experience. I worked with Chelsea & she was very helpful & respondent. I loved the vehicle upon purchase. I purchased after 5pm so it was dark & late. The 2018 Traverse did have issues that were noticed the within the next couple days. I texted & called Chelsea & she got back with me saying to bring vehicle back because they would definitely fix all my issues.

I purchased the car with very minor issues but those are being resolved. Very happy I chose ALM Kia South.

Call was fine. Car is OK but no sunroof. Price is good.

They were very nice. The truck we wanted was already sold. We were able to test drive another truck. The sales person Armonti was very helpful.

Great people! Nice and friendly, not forceful at all like other dealers. Didn't buy but would come back

Dealer responded without any hesitation.

Very quick to get me all the info i requested. Eager to help and answer any questions. I never made the drive to look at the vehicle because i live out of state and the vehicle just didnt have all i was looking for.

Tyrone was excellent and gave me world class service

The experience was one of the best; it took me less than three hours from the time I test drove the X3 until I signed my paperwork and driven it home.

Great customer support - from initial inquiry through to vehicle purchase - they really made it easy to get the car I wanted.

Great dealership! Worth the drive for me! Very helpful and easy to work with staff. I bought the car!

It was just fine & they were very helpful, but the Tacoma was a 4 wheel drive & blue . I was actually looking for rear wheel drive and white

Kieth is your guy! He’s very professional and goes above and beyond to make sure you’re a happy customer.

My salesmen Shalique and the finance guy Mustafa was great! Both guys focus on finding me the right car that fit my budget.

Dealer responded quickly wasn’t what I was looking for.

Awesome staff. It took two hours from test driving to handing me keys to a 2018 Genesis G80. I would strongly recommend. ALM to anyone looking for a quality used vehicle.

This is a terrific place to get a car. Our salesman, Andy, was so patient, kind, professional, and hard working in taking care of us throughout the entire car purchase. They really do go way beyond the call of duty!

Was told the car was there an hour before I headed to see it. When I got there they couldn’t find the car turned out another ALM came and got a couple days prior

Very considerate in getting back to me

Sales rep was rude and did not care about driving legally. He was more concerned about “his job” but then drove without a seat belt and speed and passed cars on a double yellow.

Thoroughly helped me with my vehicle inquiries.

Joey was amazing. He answered all my questions efficiently and was a big reason why I purchased my car

The dealership responded very fast. The salesman took a video of the car, complete interior and exterior to send me. The entire staff at the dealership was friendly and helpful. The car was ready when I got there. It’s immaculate and exactly what I was looking for! I bought the car! Great dealership and a great experience!

Chris was VERY helpful! Super nice to deal with :)

Did not visit this Gravity, but they did respond to my request quickly.

Great response time and excellent customer service. Connor was great to work with.

No hassle, great salesperson (Rubin) and test drive. We did not buy from here, but would consider buying from here in the future.

Great customer service. They were friendly and saw to Charles Brooks and Kyle Hamilton were a pleasure to work with. They saw to my every need to get the purchase completed. I would recommend them to anyone who is in the market for a new vehicle.

Introduced in 2000, the Toyota Highlander underwent its most recent update for 2017. This popular 3-row crossover enters 2019 mostly unchanged, with the exception of a few exterior tweaks and, more notably, a new limited-edition version. It competes is a red-hot segment, going up against other 3-row crossovers like the Mazda CX-9, Honda Pilot, and the Chevy Traverse.

Visually, the 2019 Toyota Highlander is a mirror copy of the 2018 model it replaces, accented by an aggressively styled front end featuring smoked headlights, stylish 18- or 19-inch alloy wheels, and LED taillights. New for 2019 are black rocker panel covers on LE, LE Plus, and XLE trims, while the top-of-the-line Limited keeps body-color rockers and gets its own upgrade with chrome-trimmed LED fog lights.

The Highlander SE is sportier with its retuned suspension and abundance of black exterior accents. Building on that foundation is the new Nightshade Special Edition, limited to 5,000 units and boasting even more black details in an effort to make this the most intimidating Highlander to be seen in the school drop-off lane.

A 3.5-liter 6-cylinder engine, generating 295 horsepower and 263 pound-feet, powers the Highlander. This engine, standard on all but the front-wheel-drive (FWD) Highlander LE, is mated to an 8-speed automatic transmission and returns up to 20 mpg city, 27 highway, and 23 combined for all FWD versions and the all-wheel-drive (AWD) LE trim. Add AWD to the XLE, SE, or Limited, and those figures dip to 20, 26, and 22.

Inside, standard amenities abound. Even the base LE is fitted with features like front and rear air conditioning, though the LE Plus may prove more inviting thanks to a power liftgate, a flip-up rear window, leather and leatherette accents, triple-zone automatic climate control, and a power driver’s seat. For a standard moonroof, shoppers will need to step up to the 2019 Highlander XLE, where they’ll also get an auto-dimming rear-view mirror, heated leather front seats, and second-row captain’s chairs that drop seating capacity to seven. The SE is largely a cosmetic upgrade from the XLE, but the Limited pulls out the stops with ventilated front seats, a JBL audio system, and a host of memory functions.

All Highlanders include Toyota’s Entune touchscreen infotainment system featuring Bluetooth and Siri Eyes Free technology. Upgrades such as satellite radio, navigation, and a 120-volt power outlet are reserved for the pricier models. Unfortunately, neither Apple CarPlay nor Android Auto is available. Buyers can opt for a rear entertainment system with a 9-inch display and wireless headphones.

On the safety front, the Highlander can hold its head high. The nearly identical 2018 version was named a Top Safety Pick by the Insurance Institute for Highway Safety (IIHS) and earned a 5-star rating from the National Highway Traffic and Safety Administration (NHTSA). Toyota has equipped all 2019 Highlanders with a pre-collision warning system, lane-departure warning with steering assist, and intelligent cruise control. Move up to the LE Plus and the list grows to include a blind-spot monitor with rear cross-traffic alert, while the Highlander Limited goes one step further with rear parking sensors, emergency assistance, stolen vehicle tracking, and automatic collision notification.

Since it hit the market years ago, the Toyota Highlander has delivered a desirable blend of functionality and comfort, bundled with decent fuel economy and attractive styling. That recipe, now with an extra available dose of black, helps the 2019 Highlander maintain its position among the market’s best crossovers.

Top rated dealers near you with 2019 Toyota Highlander for Sale