Highly recommend if you are looking for a vehicle. Did not use hard sale tactics, but did follow up.

My offer was declined, never got an answer after that. I’m still looking for a 4runner seems they weren’t interested. 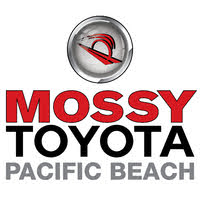 Emailed with sales rep several times and he was extremely professional. The problem is that this dealer puts add ons to the vehicle whether you want them or not. I don't believe in that kind of practice.

Receive a prompt email from dealer.

They were nice and helpful but I decided to go with somebody else.

Both Matt Mincio and Jonathan De Simoni were great to work with! Both went out of their way to help me get this truck at a good price that was affordable to me and I was happy with. Matt took the time to go over everything with me, he even met with me a second time to work some things out I wasn't sure on. Will definitely recommend them! They also had a great sense of humor!

Said they’d get back to me. Nope

Awesome. They got in touch with the information of the vehicle I was interested in.

Very helpful in everything, great service and very friendly

Started good with person answering phone. But there are no discussions..no wiggle room..person negotiating never gave me his or her name. Offered me 3000 to 4000 less than blue book...no discussing ...threw me to roadside and said Bye in essence. In 45 years of buying cars..i have never had one that behaved this way. Sad.

Initial response was immediate, but once they realized I was not a cash cow and was looking for a vehicle at or below a certain price point, they disappeared. I asked a question and never received a response. I have an upper end comfort level that will not be exceeded. Non negotiable, and I made this clear...which is when they stopped communicating.

They have an advertised price at a little over $12,500 on CarGurus, but not on their website. So, when I asked for an out the door price several times, I would not get an answer, just to come in & they would talk to me. I'm not dealing with anyone that can't answer my question.

I got there for an appointment at 1 and they told me to wait until someone could assist me. I was there for almost an hour waiting for someone to help. Until I got fed up and started leaving then they asked if I needed help. Horrible service. Also cars don’t come with warranty

Got back to me super quickly, super nice and helpful staff.

I called and due to covid they would not tell me the out the door price, said I would have to set up appointment to meet with their staff at location. I live over 40 minutes away. I agree protecting their staff, and protecting the consumer is a priority. But not able to tell me what the out the door price is, a bit of a challenge especially when you want to pay cash. Discouraged from doing business. But do support their efforts in keeping their staff and the consumer safe.

Deceitful! Beware. Online price is not the sticker price of vehicles. Lots of dealer add-ons made this car 12,000 plus.

Would not quote/discuss out the door pricing via phone/internet/email. Expected me to drive 60 miles to discuss the vehicle. They should really get with the times and figure out how to give potential customers information via the internet. Get with the times

I bought a car else where , however they did reach out to me promptly.

I'd asked for a purchase order. they just invited me to come in...

Sabrina Avalos is a customer rep and she does not know anything about cars. I asked her a couple of questions and all she sent me description and said all is there. Even though the information I needed was not there.

The list price does not include "mandatory" fees that add up to be a few thousand more with the total being $20,500. Settled on a lower price with the salesman, but apparently he didn't tell the financing department. Signed a few papers, had the deposit taken out, loan pulled, and only when I was about to add the car to my insurance did they tell me the true price they were charging. I canceled the deal and now have been waiting for the deposit return. Be careful, don't be scammed too.

Sabrina, Jason and Kenny are all great. For buying a truck it was an enjoyable experience Thank you

Very unorganized, Internet price plus 5000$ more when you get their. I was their for 5 hours and all I over here is how they try to add things from different perspective buyers Bad experience

The truck was used and the dealer did not disclose few issue with the car. Broken antenna, and rear cup holder. I called them and point out the two items and they did not offer to repair them. Granted the car was used and I purchase it as is. My mistake for not inspecting the car carefully.

This dealership is offering low prices but they want to do business in person, wth this pandemic? I was using my own financing si I was asking for the out the door price, no way to get it without going there. I rather to pay more and deal with more reasonable ways to buy a car during this health crisis. Anyway, a great chance to waist my time by going there and find out that they sell the car with several addons (many of them worthless). Poor experience.

Immediate call from very friendly salesperson. Went out of their way to help. Very satisfied!

Got a called right away. No pictures on website. I asked to send me pics. They said sure. Never got them.

Tried their best to find the vehicle for me

They responded the next day and was very professional. I ended up brought a brand new car there instead.

The Nissan Sentra, currently in its 35th year, has long been one of the most affordable models in the compact car segment. The 2019 Nissan Sentra carries over largely unchanged from 2018, in advance of a rumored redesign in the next year. However, Nissan has tweaked the list of standard equipment and added a new special edition to maintain interest.

The Sentra’s exterior carries over from last year, though it still fits well amongst Nissan’s more recently redesigned models. Though the side profile of the Sentra is understated, the front and rear fascias, bumpers, and lighting give it a bolder look. The SR model features exclusive 17-inch alloy wheels and sporty design elements, such as a rear spoiler and side sills. The new SV Special Edition gets 17-inch aluminum wheels and a Special Edition badge. The 2019 color palette is unchanged and consists of Brilliant Silver, Super Black, Aspen White, Gun Metallic, Red Alert, Scarlet Ember, Fresh Powder, and Deep Blue Pearl.

Most Sentra models, equipped with Nissan’s Xtronic continuously variable transmission (CVT), feature a 1.8-liter 4-cylinder engine rated for 124 horsepower and 125 pound-feet of torque, though S models equipped with the 6-speed manual transmission get 130 hp and 128 lb-ft. Sentra SR Turbo and NISMO models get more power courtesy of a turbocharged 1.6-liter 4-cylinder engine, rated for 188 hp and 177 lb-ft. All Sentra models are front-wheel drive (FWD). The most common Sentra configuration, the 1.8-liter engine paired with the Xtronic transmission, is rated for 29 mpg city, 37 highway, and 32 combined, while the manual transmission sacrifices 2 mpg across the board. SR Turbo models have EPA ratings of 27 mpg city, 33 highway, and 29 combined. NISMO models get 25 city, 30 highway, and 27 combined with the automatic, and the manual adds one mpg to the highway rating.

The Sentra has one of the most spacious cabins in the compact car class and plenty of trunk space. The interior is simple and designed for affordability, but there are plenty of upgrades available through various trim levels. Buyers have the choice of base Sentra S, SV, SR, SL, SR Turbo, and NISMO models. Most features are optional on SV models. The SV model includes a proximity key and push-button start. The Sentra SR model gets heated front seats, and the SL features a power-adjustable driver’s seat and a moonroof. Other options include premium cloth upholstery, leather upholstery, and premium cloth sport seats.

All Sentra models come equipped with AM/FM radio, four speakers, a USB port, and Bluetooth. Available upgrades include a 7-inch touchscreen system with six speakers, an 8-inch touch screen system with eight Bose Premium speakers, and SiriusXM satellite radio. For 2019, Nissan makes the NissanConnect infotainment system standard on all but the base model. The system includes Apple CarPlay and Android Auto.

The 2019 Nissan Sentra earns a 4-star overall rating from the National Highway Traffic Safety Administration (NHTSA). The 2019 model has not yet been tested by the Insurance Institute for Highway Safety (IIHS), but the 2018 model earned Good scores in all crash tests conducted. Every Sentra features a reversing camera and models with the Xtronic transmission include automatic emergency braking. Sentra SL models add adaptive cruise control, blind-spot monitoring and rear cross-traffic alert.

Though the Sentra recently has fallen behind its more modern stablemates in the Nissan portfolio, the updates to the 2019 Sentra improve its potential as a value-oriented compact car with a spacious interior and user-friendly tech features.

Top rated dealers near you with 2019 Nissan Sentra for Sale