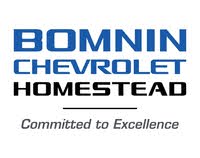 Love how all the Employees was Super Friendly, Patient and knowledgeable. They offer a huge and wide selection of the latest vehicles, best deals, and Lifetime warranty on all there vehicles. Last but not least when it comes to getting approved they will do anything in there will power to make sure you are extremely satisfied with your purchase. EVERYTHING they do is 100% Legit. I Am a Happy camper and a FOREVER Client!

The car is fantastic. The van my mother bought fits perfectly. I don't think we could be happier. She can now carry every one of her grand children in one trip. The smile on her face is priceless. Thank you.

We picked out a black four door sedan. They gave us unexpected upgrades in the options we picked out. The price we set for our budget, they met. I wouldn't be in a car right now without their help. Thanks!

Nice people, but was told a car would be there and drove an hour only for them to then tell me it had sold a few days prior. Kind of a crappy thing to do.

Getting what we needed with no pressure on our budget was unexpected. They proved it is possible. Thanks for the new car.

Id give it no stars if I could. They bait you in with a low price then jack it up the next day and they say we can’t honor that “special pricing” when you ask if they are going to honor the price you inquired on. A truck doesn’t change 20k dollars overnight. Would never recommend.

Dealer sold the car, it was never available. This and many other dealers have used these cars S a carrot to lure clients in and then sell anything else they have at a higher price.

Very quick with responses, willing to help from a different state and very quick to have a quote prepared for me.

This is how buying a car should be.The dealership representative Javier,( I did not use the word salesman because he did not try to sell me anything ) was friendly, knowledgeable and answered all my questions. I never felt pressured throughout the entire experience, even in the finance office Where things usually change when you are about to sign. None of the stereo typical bad thing happened. I highly recommend Ed Morse Toyota of Delray

Great place to buy a car

Contacted dealer about car I was ready to purchase until they added dealer fees that came to over $1000.00 and paperwork fees that came to a thousand and when they got through adding inflated fees a car that was under $6000.00 came to almost $10,000 so I didn’t purchase it.

Dealer is a dealer. Advertising price is not what uou pay for after they try to scam the customer with a $995.00 dealers fee plus $1290.00 on maintenace that was never done to the car. It was raining non stop and I coudnt check it all. Passanger window not working and guess who has to fix or pay to fix it? Yes, me.

Edwin was extremely helpful and quick to respond to my questions. The only reason I didn't give 5 stars is, I didn't act fast enough and didn't get the car.

Super easy and fast. Paul was great and very accommodating and the finance manager was excellent. 10/10 would recommend this dealership to everyone.

Wonderful experience. Staff was great and quick to respond to my emails. After my purchase I noticed the side view mirror was shaking and I was able to bring it in the next day to get fixed. Overall, I highly recommend this dealership.

The dealer offer 27,000 plus fee is ok, we understand for the car, but when I show them this price of almost 23,000 plus fee , They said that the price of this web site if you work for a hospital or your in the military service etc.

Was most helpful in searching for the Toyota Venza I was looking for. But physical distance would be a hurdle too high to continue discussions. But I will continue to search their Web-site in case I find it there.

Good communication but I just wasn't ready to do a deal yet.

Scam be carful , they took my information, run my credit and then told me car was sold. Very bad communication and bad services. Scammers.

They reached out to me. Which I appreciated

I have nothing but good things to say about this dealership. I've gone to numerous other dealerships with no luck. I went to CFO and was in and out with a car that same day. None of the salespeople were pushy and I got approved fast!

We promised our son a nice surprise if he elevated his grades. He did and we delivered. Yosniel helped us pick out a great car that will thrill our excelling student without busting our budget.

I went in with specific needs and much to my delight, Jose saw that they were all met. My financial needs were met with a car I love that fits my budget and my lifestyle needs were met because Iâm going to love driving it.

I enjoyed spending the day at Car Factory Outlet. I started to walk the lot and saw cars up front. A few sales people came up to me but I made myself clear I didnât want their help. I was just walking around looking at cars. Thatâs how I do browsing not on a computer.

I paid a mechanic to look at the truck. Before he test drove it. It saw an oil leak, it needed new rotors, and did not blow cold air. They are short staffed and I felt like I was the one trying to talk them into selling me the car. They knew the condition of the car before my mechanic traveled 60 miles to look at it. You would think during Covid they would be a little more forthright. Very disappointed in my experience with them.

Car was on the outside parking, completely out of shape, not ready to be sold. Salesman said don’t worry, I’ll be your eyes and will contact you with a car you like within your exact budget, no BS. Never called back, but their email system is insufferable. They still contact me everyday to ask about my experience and how they keep trying to contact me and I don’t respond. Very frustrating.

Wastes your time. Dealer sold vehicle the day before my appointment to go and look at it. Called to confirm appointment and dealer did not mention the car was sold. Wasted over two hours of my time

Poor service. Advertised care apparently was sold and ad still posted. Then they tied showing me a car that wouldn’t start and they told me if I wanted to come another day. They didn’t seemed interested in my business. I felt stereotyped. They probably assumed I didn’t have the money to purchase the car.

They did respond real quickly

Ron and Mark were very helpful and treated me well, even though they were very busy. I love my hybrid Fusion!

Poor customer service they sold the car didn’t even tell me, also said they had more cars coming so I set up appointments never heard back from them when they said they will the person that helped me name was Edwin he was the worst.

Ron is amazing!!! I recommend him to EVERYONE!

Bought the car from this dealership. Good experience

Mitsubishi’s lineup in the U.S. market is down to a handful of small SUVs and a little economy car called the Mirage. The Outlander is a compact crossover; it’s currently the biggest vehicle you can buy in this country with a Mitsubishi badge. The current iteration has been around since 2013, and changes for 2019 remain minimal. They include tweaks to the headlights, grille, and door panels. New additions include 18-inch alloy wheels for all trims, more comfortable seats, illumination for the window switches, a new display screen, and a tire repair kit. According to Mitsubishi, the 2019 Outlander is also quieter. Available trims are ES, SE, SEL, and GT. A separate plug-in hybrid model, the Outlander PHEV, is also available. A separate preview covers this model.

All Outlanders, other than the range-topping GT model, come with a 2.4-liter, 16-valve, four-cylinder engine that makes 166 horsepower and 162 pound-feet of torque. The standard transmission is a continuously variable transmission (CVT). Four-cylinder Outlanders offer either front-wheel drive (FWD) or all-wheel drive (AWD). The Outlander GT is the only model that gets the peppier V6 engine. It's a 3.0-liter unit that makes 224 hp and 215 lb-ft. Both engines are older designs, which is reflected in their fuel economy figures. Four-cylinder Outlanders with FWD will manage 24 mpg city, 30 highway, and 27 combined. With AWD, they will return 24 mpg city, 29 highway, and 26 combined. The V6 GTs, available only with AWD, will manage 20 mpg city, 27 highway, and 22 combined and will need premium gas. While none of these figures are bad, there are other efficient, small-displacement turbo engines on the market today.

Standard features for all Outlanders include dual-zone automatic climate control; rear air vents; a USB port; a 7.0-inch display screen; and power operated, heated outside mirrors. Stepping up from the ES to the SE model adds power and heated front seats, as well as a leather-wrapped shift knob. The SEL is the top-spec four-cylinder Outlander; it adds leather seats and a power remote liftgate, plus available options like heated steering wheel, multiview camera, power glass sunroof with sunshade, and a 9-speaker premium stereo. The GT adds most of the SEL’s options as standard equipment, along with the V6 engine and standard AWD.

When equipped with all its active safety features, the 2018 Outlander earned coveted Top Safety Pick status from the Insurance Institute for Highway Safety (IIHS); with few changes to the 2019 model, we expect the ratings to apply to the latter model as well. While hill-start assist is standard, buyers have to step up to the SE trim to gain access to blind-spot warning and lane-change assist. For more advanced features, like forward-collision mitigation with pedestrian detection, adaptive cruise control, lane-departure warning, and automatic high beams, shoppers will need to look at the SEL and GT trims.

The 2019 Mitsubishi Outlander is a competitively priced compact crossover, yet it doesn’t stand out from its competitors or do anything uniquely well -- but it has enough features and utility for most situations and is a good daily driver for a single commuter or a small family.

Top rated dealers near you with 2019 Mitsubishi Outlander for Sale