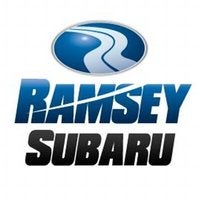 Bought this car at a reasonable price and my experience at the dealership was a pleasant one. They went above and beyond to help me out and found the best deal to finance. Definitely would recommend!

Great staff the deal with very professional. I loved how fast and easy everything was.

Rye Subaru is a no pressure car dealership. It was a pleasure working with Anthony in sales and Alex in finance.

Immediate response to my enquiry via mail. Very attentive and kind staff. Was a bit out of price range the vehicle they offered, but the mail exchange was friendly and helpful. Would definitely come back. Thank you, Maggie.

Excellent service and experience. This is a quality dealer.

Very good experience. Found a car I liked, talked price via email, was in and out of the dealership in an hour or two. No upselling, no bait and switch, none of the BS that had made looking for a car annoying. I'm not a bot, this isn't a paid review, and I would recommend them.

Staff was very nice, polite, answer my questions, ask for testing the truck, l like. thanks

Super poor service. I went their the cars was a red sport. It had two accidents on it, the price was 5k more. How is this car worth this price with two accidents. They tried to compare price to Kelly blue book to justify the price , they want me to take their number not use my capital one pre approved ref# that had all me info. A big waste of time going their.

Dealer responded but did not answer any question after my initial inquiry 3 days earlier. I like this vehicle but cannot get any response.

Spoke to Valentino over the phone and was told that he would provide a carfax report to me. That never happened. The vin number on this website provided by this dealer for car is not a real one, thereby not letting you check out the true history. I would not be buying a car from them. There are enough people trying to take your hard earn dollars.

Felt ripped off because I am a female. Was manipulated to take a vehicle with more mileage and higher price, only to discover there was A BMW on the lot with less mileage, same year and lesser cost. Very disappointed.

they contacted me right away.

When I went to see the finance guy there was a mysterious $2900 dealer certification fee to make up for the great price they had it listed for. I drove two hours for a great deal only to end up paying exactly the going rate for this vehicle.

Excellent response time Melissa is great ... out of state so she’s helping me work on logistics!

Very positive will be arranging to see dealership and inventory

They responded quickly but I Bought a car elsewhere

his dealer contacted me and scheduled an appointment for me, but I change my mind from the vehicle. I'm giving them five star because they were professional when I spoke with them.

They responded with generic email. They did not answer my questions, especially dealing with price negotiating. They keep emailing me asking me when I can come in...I keep telling them I’m not coming in until I know a price. They still won’t answer my questions.

Dealer offered to provide transportation from airport to pick up car.

I didn't purchase the initial vehicle I inquired about. The Sales Advisor Veronica C., has been excellent. She is very diligent and has been great with "follow-up". We actually found a better choice in their inventory. We should be finished up this week.

Smooth Transaction, no crazy dealership fees. A+ communication, worked with Jesus he was a pleasure to deal with. Car came as advertised. Don't waste your time elsewhere.

Very nice and honest about the condition of the vehicle. The car was very nice but I decided find something closer in my state.

Great experience. Recommend them to anyone in the market for a new vehicle

Very pushy sales people. Advised them I was only interested in purchasing a Sequoia - they have not stopped reaching out with other vehicles they have in stock.

I got a great truck for a good price with no games. They let me pay however I wanted and didn’t push financing. I recommend using them even if you have to travel

Dealer was quick to inform me that the car sold before I could get down there. Understandably, they are 4 hours away.

This dealer was amazing, and I ended up buying this car. HIGHLY RECOMMENDED!!!

This was a bait and switch. The price increased by $3000 and they claimed that it was due to the work done to it. And it still had an exhaust leak.

Joel was very nice to me, he explained me everything about the car, price, warranties and so on. When I change my mind on one of the cars, I immediately got my deposit back. I ended up buying the car from this dealer, and I enjoyed my experience.

While the dealership did respond to my inquiry, the price of the car was inflated 25-30k over the MSRP. No thank you!

A sales rep responded. They were helpful and supportive. We did not end up buying from them though.

Straight up. No BS. Was very responsive and honest about everything. Was in and out in about 2 hours.

Fantastic dealership, everybody there was kind and helpful. Lots of vehicles to choose from. And Ed My salesman was fantastic, extremely helpful, just an all-around great guy. Definitely a place I would go back to to buy another car.

The Vehicle we were interested in was ready for us when we arrived, after making an appointment to go in and see the vehicle. We liked what we saw, and we purchased the 2011 Honda Pilot EX-L. Thanks to Car Gurus for finding this vehicle for us. We are going to pick it up this afternoon.

I had a good experience a sales person has tried to reach out to me. I haven't had a chance to respond!

Bought this car at a reasonable price and my experience at the dealership was a pleasant one. They went above and beyond to help me out and found the best deal to finance. Definitely would recommend!

Immediate response to my enquiry via mail. Very attentive and kind staff. Was a bit out of price range the vehicle they offered, but the mail exchange was friendly and helpful. Would definitely come back. Thank you, Maggie.

Excellent service and experience. This is a quality dealer.

Subaru’s image is tied so closely to its Outback crossover that you could be forgiven for thinking the automaker doesn’t have anything else on dealer lots. That’s not quite true, since the company’s Forester generally outsells the Outback, but the latter has such a strong heritage that it's really the de facto flagship.

Subaru offers a fairly simple lineup of Outback trims. All come standard with the brand’s Symmetrical All-Wheel Drive and a continuously variable automatic transmission, meaning the only choices for buyers are between the trims themselves and two engine choices.

At its core, the Outback is really a wagon version of the Legacy sedan, placed on stilts. Thanks to the lift kit, the Outback sits as high as most crossovers and has more ground clearance—8.7 inches—than many SUVs. As a result, it is a capable off-roader, at least for getting to a hiking trail or campsite.

On the safety front, the Outback comes with eight airbags, including two that deploy from the seat base below the driver's and front passenger’s knees to help keep them in place in the event of an accident. One major option available on trims starting with the 2.5i Premium is Subaru’s EyeSight collision-avoidance system. In addition to providing the convenience of adaptive cruise control, EyeSight reads the road ahead and can bring the vehicle to a halt if it detects an impending collision.

Subaru has long been a safety leader, and the Outback is no exception. All trims have received top marks from both the independent Insurance Institute for Highway Safety and the federal government’s National Highway Traffic Safety Administration.

Base Outbacks include a 6.1-inch touchscreen infotainment system, but Premium, Limited, and Touring trims up that to a 7.1-inch system with a host of built-in cloud-based apps. Subaru’s intuitive navigation, featuring tablet-style pinch and scroll capabilities, is an option on the Premium and Limited and comes standard on the Touring.

Although Subaru’s Starlink Safety and Security packages trail General Motors’ OnStar system, they do include automatic collision notification and an app that allows users to remotely lock or unlock a vehicle. Most of the services require an additional fee, but it's worth noting that Subaru charges substantially less for its services than do many competitors.

Buyers interested in the 6-cylinder are restricted to the Limited and Touring trim levels.

Top rated dealers near you with 2017 Subaru Outback for Sale