When I arrived for the test drive, the car was priced out of my range. They had options not listed in the add. They then tried to get me to finance the balance

At first he was helpful and then he never got back at me to let me know if the vehicle was ready to sell. Turns out that vehicle had just got there and I was waiting for return email that never. Came. 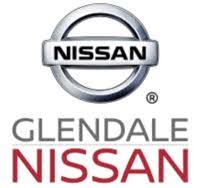 Called and I had already purchased. Thanked me for letting them know.

After running my credit and pushing a sale, even as far as delivering the vehicle to my home in a snow storm, they Weren’t willing to work with me on my trade in. They literally low balled me when another dealer offered me more.

Scumbags! Offered to beat competitors but when it was time to make a deal and pay the deposit to secure said deal, they raised the price and told me “oh, that was yesterday”

Great staff that wants to make.

The vehicle was clean and ready for us to view when we arrived(it was better than what I had anticipated!). Alberto was patient and knew how to show us the vehicle, really making us feel at home. The team we worked with were light hearted and willing to help us locate the best rate for financing. It seemed their team knew how to treat their customers (we brought our kids too!), we would definitely go back to buy from them again. Thanks guys

The buying experience was pleasant our sales person Josh was nice to work with. I would recommend this dealership to all.

Everyone there was great!

Helpful and friendly . I had a great experience at this dealership thank you.

They were friendly and knowledgeable.

Great service! The vehicle was ready for me to test drive when I arrived. From that time to completing the paper work I was out in less than two hours!

Had the best car purchasing experience at this dealer. Moses assisted me throughout the whole process, notified me an hour before I came in that the car I was looking for was available. Test drive was great. Moses and team couldn’t have made this experience any better. Great way to start the year! Highly recommend to any prospect customers looking to purchase or finance a vehicle.

All of those guys there were great.

They were helpful. Had the car pulled up. Very attentive.

Best experience, excelente customer Service!!! Arman my sales rep was very kind and smooth on the car I got, never pressure me me on getting the car I wanted, he made everything so simple, Rosy at finance department did all my paperwork very quick, efficient and helpful, on getting my Cadillac out the lot.. thank you very much

They did there best to get me financed, they was nice and patient I give them five stars

Great experience javier and izzy helped me with the purchase. Transaction was easy didn't take too long and offered multiple ways to pay.

Was told that the car was ready and available. I got to the dealer and it wasn’t. It needed an oil change. Went back the next day to test drive all was well until KBB was shown and the vehicle wasn’t worth retail what they are selling it for.

best place to buy a car

Friendly staff. Fast service. The financing was simple and quick. I was treated like royalty. Will recommend anyone to go !!

Our salesman was very nice but knew nothing about where the car came from. My husband brought along his scanner(he is a Auto tech), he scanned the car and found several codes outstanding. Instead of having their own techs check it out they suggested I but extended warranty coverage! I loved the car but was extremely disappointed in the way our questions where handled. I will not recommend them. I am looking somewhere else to purchase a vehicle.

Over 3,000 dollars extra for dealer fees

They weren’t willing lower down price and pressuring to put more money down and couldn’t guarantee anything they told me. Also they ran my credit 6 times and they kept running it when I walked out and told them I wasn’t interested in the deal

My experience at this dealership was great. I worked with Christian he was professional, patient, helpful and he made the entire process easy, definitely recommend.

Great Service!! Very Genuine people! Would buy from there again in the future!! Dealer was quick to respond. The listing and pricing were very accurate. Car was clean and was ready to test drive. Customer service was amazing! Not pushy like most dealers!! Would most definitely recommend this dealer.

dealer personal were professional and courteous. The salesperson was upfront with information that another party was looking at the car. He later followed up to let me know that the car was sold saving me time and energy. Just doing the basics goes a long way.

I was very pleased and happy to purchase my 2020 GMC Terrain September 18,2020. The staff was very professional Getting me into my car. I love my truck and proud to be a owner of the GMC Family.

Listed prices dont include dealer add ons. I am happy they mentioned that before driving 6 hours to dealership.

Horrible dealer they post good prices but for example I was looking at the mustang gt premium and they add fake add one charging 800 dollars for a cheap vinyl stripe they claim it’s a back edition but the roof isn’t painted it also has cheap wrap and it was crooked the sales guy was extremely rude and got very angry when I started calling this stuff out just stripes blackout package and tints was 5thousand additional dollars that’s insane don’t buy here they are scammers!!

In an era of comparatively low gas prices, full-size body-on-frame sport utility vehicles like the 2017 GMC Yukon have found a new life beyond shuttling celebrities around town. The Yukon debuted for the 1993 model year and over time has morphed from a boxy 3-door hulk that replaced the family station wagon into today’s handsome, versatile, capacious, and go-anywhere 5-door family hauler. It seats up to 9 people (with various seating configurations available) and features a cargo capacity measuring 97.4 cubic feet with the rear seats folded. Be aware, though, that this sport ute’s size, old-style leaf springs, and solid rear axle will mean a shaky ride and some potentially awkward handling.

A close relative to Chevy’s full-size Tahoe, the Yukon differs in trim designations, offering the SLE and SLT. Like the Tahoe, each Yukon edition comes with standard rear-wheel drive (RWD), but a part-time 4-wheel-drive (4WD) configuration, boasting a 2-speed transfer case and low-range gearing, is an option for handling wintry weather or even off-road adventures.

After a complete redesign for 2015, the Yukon lineup gets only minor upgrades for 2017. These changes include a new exterior color, Dark Sapphire Blue Metallic, standard heated and ventilated front seats to replace the heated and cooled seats in the SLT, and a set of slick 22-inch, 7-spoke silver wheels with chrome inserts. New front active aero shutters, hidden low behind the grille, are expected improve aerodynamic performance by automatically closing at highway cruising speeds and opening when engine cooling is needed. GM’s Teen Driver programmable safety system will also be integrated into the vehicle's IntelliLink infotainment and telematics feature.

New additions to the available rear-seat entertainment system for 2017 include a voiceover feature for the visually and hearing impaired, digital headphones, enhanced 4G LTE WiFi hotspot projection capability, and a second USB port.

Standard power for both 2017 Yukon trims will be a 355-hp 5.3-liter V8 that combines with a 6-speed shiftable automatic transmission to put out 383 lb-ft of torque. Look for a 8,500-pound towing capacity with the standard hitch and wiring, while an integrated trailer brake controller comes optional. Currently, EPA mileage estimates run 16 mpg city/23 highway/18 combined for RWD versions, with 4WD trims dropping highway mileage to 22. Expect a 0-60 mph time of 7.3 seconds, which isn’t bad for a ute this size, though Ford’s Expedition and Toyota’s Sequoia each beat the Yukon with times of 6.5 seconds and 6.9 seconds, respectively.

Look for the 2017 Yukon to sport a high-end interior heavy on soft-touch surfaces and quality materials. The improved IntelliLink infotainment and telematics system is intuitive and easy to use, while gauges and controls are legible and within easy reach. Front and second-row seats are comfortable and supportive, and the second-row seats are power-adjustable for easy access to the third row. Now comes the bad part: those third-row seats are uncomfortable even for preteens--with the bottom cushions positioned low to the ground, third-row passengers are forced to view life from between their knees, and shoulder room isn’t as spacious as it looks from the sidewalk. And while these way-back seats were recently upgraded to fold into the floor, the high cargo deck might demand some extra grunt when loading heavier items.

One of the Yukon’s handier features is a unique rising center display that hides a small storage cubby beneath. You’ll find a USB port in the cubby, which is large enough to stow a smartphone, a pair of glasses, or even a change purse. Three further enhancements to the Yukon include an LCD driver information display, active noise cancelling in combination with the audio system, and improved soundproofing to keep engine, wind, and road noise to a minimum on the inside. Standard seating for each trim includes bucket front seats and second- and third-row bench seats for 8-passenger capacity. Second-row bucket seats or captain’s chairs are available on both trims, cutting capacity to 7 passengers, while both can also be delivered with available front bench seats for 9-passenger capacity.

GMC’s 2017 Yukon, a direct descendant of Chevy’s legendary Blazer (and now in its fourth generation), is expected to lag behind the competition in ride and handling characteristics, thanks to its truck-based frame. Some folks might be better off getting a large crossover like the Dodge Durango, but this Jimmy’s towing capabilities, rugged build, and spacious interior are worth a serious look. Currently, the no-frills SLE goes for $48,315, while an SLT with no extras starts at $57,000.

Top rated dealers near you with 2017 GMC Yukon for Sale