Very friendly and answered all of my questions.

I bought it! I couldnât ask for a more responsive and professional dealership. Way to go, Edio (the salesperson who worked with me). Just be prepared for minor issues resulting from doing business across state lines. 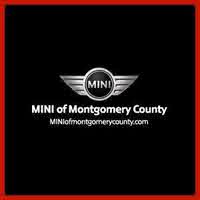 Dealer was very responsive & direct. Plenty of information was available on the truck online & otherwise.

Poor customer relations and vehicle not ready for delivery at the time of pickup. Appointment made on Friday for pickup Monday Got there at 9:30am . Finally got the car at 3:30pm. Very very poor business ethics.

i was explained my credit concerns. told i could get the truck 1500 down. Then will have someone call me back to stat paperwork. nobody ever called then i played phone tage for 7days with someone again promising to call me back. after the 2week i finally spoke to someone and they said you have to put like 3000 down sorry. never asked if i had it or still wanted the truck. Their lost!

Seems like it's run by children. You have to FISH around for an answer. Is the car there, is it available, why isn't it available?? Communication is horrible, they'll call you back but will be confused able the previous conversation. The car I wanted is unable to be driven suddenly.. but its still here. Whole process gave me anxiety everyday.

They was good with responding

Was very interested in buying the car, dealer replied that the vehicle had a deposit and wasn’t available for sale. Car stilling showing on all site after two weeks. Waiting to see if deal falls through but frustrating that it still shows up in my searches.

Trying to work something out with dealer, love the Jeep.

Prices high, but they have nice quality vehicles. If you see something you like, ask for Antimo good salesman.

Great dealership! Got things done in a proper manner. Would definitely buy from again

Could not have been better. Superb service. Rick was honest and fair.

The people are very friendly and made our entire interaction very smooth.

Catoctin Auto Group owner was fantastic. His passion for his cars was fun! He was very accommodating. He was professional and easy to interact with.

Very fair to deal with. A father son dealership business. The nicest and easiest dealership Linda a d I have ever delt with.

Great people to work with, I drove over 2 hours to shop this lot for a mini cooper and they were great. Definitely a place to go.

While I didn't purchase a vehicle from them yet due to stock, Ramsey was great to work with thus far. Very communicative and answered all questions effectively. I'm still looking for a car and will eagerly purchase from them if the right one comes along.

The gentlemen was very polite and answered all my questions. He also gave me his opinion on the current car market and why he priced his vehicle as such. I appreciated his candor.

Ramsey is a busy man pulled in a lot of directions. He is also a very honest man and came through for us and got us touch with the perfect car for our needs. We highly recommend Catoctin to anyone who had problems trusting dealers in the past

They were very responsive and answered all questions. I eventually went with another dealership but they made every effort to earn my business.

I love my car from them. Great friendly workers, they help u get the right car for your budget.

I went in to purchase a vehicle and the lady (part-boss) told me even though the car back door did not open, it was an electrical issue and wasnt clean, they was not going to fix the door because her words " you dont need 4 doors to open to pass inspection"....if I am purchasing a vehicle from a dealership, I would think at the least the door could get fix or the price gets adjusted. Terrible!!

The dealer responded. We changed our mind on this vehicle as it did not have the feature (navigation) which we desired.

Ultimatey bought a different car elsewhere, but Sunny was very helpful and answered all of my questions quickly.

Purchased car with no issues

Started out shaky but, ended up purchasing the vehicle. Very nice salesman and the finance manager was great and very trustworthy. I would definitely like to purchase again from this dealership!

Didn’t offer financing in NY but did contact me back

Professional and well educated as to what he is selling

The little buggy that loves to hug curves gets a few lovable curves of its own for 2014, and more powerful BMW engines to boot, in a total redesign. Its Base now offering power nearing that of the former S with a similarly turbocharged engine, and the soon-to-follow S offering power nearing that of the former John Cooper Works (JCW), this all-new MINI Cooper also ups the suspension ante, strengthens the chassis and gets a bit bigger while adding modern tech amenities like a touchscreen display and even a traffic sign memory system—as if it wasn't already the most interesting little thing on U.S. roadways.

What's traffic sign memory, you ask? Well, it just might be the next big thing in urban-going vehicles, as it encourages drivers to keep their eyes at least in the direction of the road by reading speed limit and other road signs, displaying that information in the gauge cluster, and even storing those reads for later comparison with GPS data to streamline the whole process. Other subcompacts may call themselves Smart, but MINI is turning into a big brainiac in an adorably tidy package.

Promising an even more powerful JCW and maybe even a diesel version just a little further down the road, totally new body styles like a 5-door and even a sedan are also expected to join in the fun sometime within the next couple years. The only disappointing news is Europe's all-wheel-drive Base Cooper won't make it to this side of the pond, but we still get the option for ALL4 on the S and as always, the JCW comes standard in ALL4 form.

The new engines will also have new gearboxes, new chassis and a longer wheelbase to help the more powerful engines get drivers and passengers from point A to point B that much more smoothly. The 2014 MINI Cooper seems to be growing up a bit this year, the total redesign showing just as much practicality and playfulness but with a wider look, new headlights, LED daytime running lights, a new grille, larger taillights and a greater rake of the windshield, not to mention some silken curves. The interior's function and fanciness hold hands as the MINI Cooper shows off a dash-mounted folding HUD, a center-mounted speedometer and touchscreen display. MINI is definitely no slouch in the tech department, adding digital headlight assist, parking assist and that nifty traffic sign system for 2014.

One reason the MINI Cooper changed was best said by BMW's group design chief: "A brand is a living organism—you need to feed it things, otherwise it will die, which is why new design elements are being introduced." Its new engines are "downsized but not downgraded," allowing MINIs to have all the power they need and fit it into a small space. All the latest MINIs share a platform with BMW's new front-wheel-drive versions of its 3 Series, 5 Series and 7 Series released in recent years. Meaning, they're tried and true, and if you're not sure about it yet, go try one of those.

However, unlike previous years both the Base and S engines have a direct-injected turbocharged setup, which is borrowed from BMW. The JCW will expectedly get even more power out of the S's 2-liter turbo for 220 hp. Again, torque and economy are still a question here.

Previous versions of the MINI Cooper used a Peugeot 1.6-liter 4-cylinder base engine with 121 hp and 114 lb-ft/torque, while the Cooper S used a turbocharged version good for 181 hp and 177 lb-ft/torque. The 2014 MINIs don't just upgrade the power, though—they're also using improved drivetrains.

The 2014 manual transmission has a new gearbox with a gear sensor that adapts the engine speed when shifting, thus allowing extremely sporty shifts. A new automatic gearbox works in conjunction with the start/stop and navigation systems to lower fuel consumption, using BMW technology that can anticipate upcoming downshifts.

Otherwise, the body is made of aluminum in order to keep the weight down, and a countershaft is designed to balance out the noise and vibration associated with 3-cylinder engines. The complete redesign of the chassis focuses on the tried-and-tested structure of the single-link spring strut axle at the front and the multi-link rear axle, making for a smoother ride. The spatial design of the rear axle leads to improved entry comfort and more space in the rear, reportedly adding more cargo space.

Although MINI hasn't yet released any specifics on the interior, everything looks high-quality judging by the spy shots, with alcantara leather used in abundance. The seats appear to incorporate thigh bolsters and even offer a tartan-like fabric pattern. Welded and rolled sheet metal joints are widely used for the first time in cars from the small vehicle segment. The B pillars will be reinforced with a coating of galvanized, hot-formed steel that will allow other previous weight-increasing measures to be dropped for 2014.

Top rated dealers near you with 2014 MINI Cooper for Sale