Rob and Hugo took care me...great working with those guys and would definitely recommend Ottos to anyone.

They were great i got the Truck i wanted, Thanks to Jerry and Amaude. 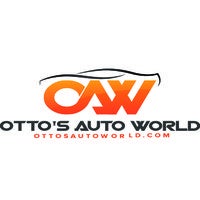 I would recommend Mac Haik Chevrolet for buying a new Chevrolet.

Advertisements say 4WD and it actually a 2WD, not very good advertisement.

We ask for a walk around video of the Jeep because we live in Florida. They told us they would get right on it. Then 3 Days later they respond are you still intrested.. What do you think all the Texas dealers are terrible.. Stay away from Texas when you're buying a vehicle

We got the vehicle we wanted but when it was time to do the paperwork we had to wait over almost a 2 hours?

The people are nice and helpful

Good deal on a newer scion. AC worked too. We needed something a bit bigger, and chose a minivan. Nice employees and honest about the cars they have. I did not feel this car was misrepresented. Thanks for your time guys.

Never shopped here but was interested in a car so, I reached out to this dealer and got an immediate detailed response.

In the end we closed with a good deal, and the seller who helped us is very professional

Drove 350 miles to dealership, but it was worth the drive. Vehicle I had inquired about was in excellent condition and took only a matter of minutes to get all paperwork taken care of. Salesman Javier, “Five Stars” salesman.

At first it was good until I tried to tell to fix the problems on the vech(cosmetic...dents) before I buy .....they just didn't wanna deal with me ......the only answer they had for me was NO!!! Vech goes as it is ...its a big company ...hope this helps .....and they they won't call you back afterwards.....

Pretty disappointed in the quality of the dealership. smelled bad in the building, vehicle was questionable at best,

Been BURNED Twice visiting this dealership. Vehicles in Poor condition. Picture is NOT Worth a thousand words. Plus $590 Car Shield 'protection' is laughable.

got a quick call back but was not the vehicle for us.

Great customer service and we had an awesome experience. We will definitely recommend them to others.

They contacted me right away and sent me a video of the truck that I inquired about. Everyone was very professional and helpful.

This dealership is awesome. I was able to purchase the truck.

They dedicated there time

Very very bad. Made me drive for an hour 12 mins, just to be told “this vehicle is not ready”. I called first, the receptionist said “hold on let me see if this listing is still available”. Then she comes back to say “yes this vehicle is available “. On arrival, “this vehicle is not here yet, would you like to see another vehicle?”. That was a month ago. Even up to last week that I finally bought my vehicle, the vehicle was still not ready yet. Scammers

Best experience ever! The staff was super friendly and helpful.

car is not ready for test drive, still servicing

Brenda was friendly, Courteous and very helpful. One of the best dealer experience I’ve had.

They did everything they could to get me approved. As of today I was officially approved and will be receiving my vehicle within the next week from Houston and I live in Burleson. Isaac Miranda is the guy you want working your deal.

Terrible experience. I bought a car somewhere else. These people are idiots. I will never go there again. What a waste of time!!

Contacted dealer. Confirmed vehicle availability. Made appointment (dealer an hour from my home). Showed up on time. Dealer gave my appointment to drive in customer and refused to show us vehicle. Won’t be going back. Ever.

First rate cars and first rate dealership. High end vehicles and willing to work with anyone. Thank you Dash Motorworks.

Arrive for appointment and one of the sales staff had the car running errands and would be back in 15 minutes but car arrived 30 minutes later. Only one sales staff was on premises and after test driving an outback that had a slipping transmission, when I told them why I wasn’t purchasing the vehicle, they stated “Oh wow, ok!” As if they already knew that information. Not going back here .

Martin is one of the very best places to purchase a vehicle in my book. The staff was incredibly friendly and courteous. I would definitely recommend Martin Chevrolet Buick & GMC to anyone looking for a great deal on a vehicle.

Where do I begin...Chris and Jason were absolutely outstanding and sold me the vehicle of my dreams. They made my car buying experience so fun and worth while. I’d definitely recommend.

Four years ago, Chevrolet reintroduced the Camaro with a modern look and a V6 engine worthy of muscle cars to go along with the V8 choices that could melt rubber. And there's another major reintroduction this year—the track-ready Z/28 trim has returned as part of the 2014 Chevrolet Camaro lineup.

There was no backslash in the name when the first Z28 came out in 1967, hitting the track as part of the Trans-Am racing series, and the last reincarnation of this speed demon was seen in 2001. The new Z/28 uses the same engine as the Corvette Z06, a naturally aspirated, 7-liter V8 that churns out 500 hp and 470 lb-ft of torque. All that power is pushed to the rear wheels by a 6-speed manual transmission.

To get the most out of that engine, Chevrolet made sure the Z/28 was lighter than last year's top-end performance model, the ZL1, and more aerodynamic. The Z/28 cut weight with Brembo carbon-ceramic brakes, lighter wheels, less sound-deadening material, an uncarpeted trunk, no power seats and by making air-conditioning and a stereo optional. The aerodynamic changes include side fender flares, extended rocker panels, a rear spoiler, an oversized front splitter and an underbody panel. To further increase performance and that track feel, the Z/28 also comes with sticky Pirelli Trofeo tires, a dry-sump oil system, transmission and differential coolers, a flat-bottomed steering wheel and Recaro sport seats with a 5-point harness instead of a seatbelt.

While the addition of the Z/28 will grab most of the headlines for the 2014 Camaro, it isn't the only significant change, as both the front and rear fascias get noteworthy makeovers. The upper portion of the front grille has been compressed and is more angular, and the lower portion has been widened to allow for more cooling air intake, which is expelled through the new hood vent on SS trims. All the lighting on the Camaro Coupes and Convertibles has been streamlined, most notably in the rear with solid rectangular taillights. The decklid and diffuser have also been tweaked to improve aerodynamics.

There are only two interior additions for the 2014 Camaro—those Recaro sport seats are also available in other models, as is a full-color heads-up display. But just last year Chevrolet upgraded the interior materials for the Camaro and added the MyLink touchscreen audio system with an available GPS navigation system. Not to mention the high-performance 1LE option package that came out in 2013 (unique gearing, tires and suspension tuning), as well as the upgraded dampers, anti-roll bars for V8 models and the standard hill-start assist for manual-transmission versions that were all introduced last year.

The Camaro also received perfect 5-out-of-5 scores in 2013 from the National Highway Traffic and Safety Administration in its front, side and rollover crash tests. Those marks, as well as a 5-star overall safety score, should carry over into this year. Notable safety features include front, side and rear head airbags, full side airbags, electronic stability control, traction control and 4-wheel antilock disc brakes.

Top rated dealers near you with 2014 Chevrolet Camaro for Sale