These folks are great. Working with them remotely has been a challenge that they have met head on and accepted at.

Nice truck. Easy to work with. Attentive to details. 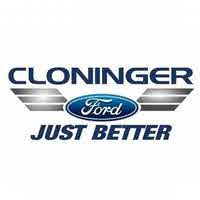 He followed up twice, requested an appointment but I had already purchased another car.

Great people to deal with vehicle was as described!

This was my first car buying experience. Impex made it quick and easy. They responded immediately to my initial inquiry about the truck. The listing was straight forward and honest. Upon arrival I was able to look at the truck, which was very clean and ready to test drive. The dealership staff was very friendly and worked hard to get me the best rate and to get me out of there quickly. I would definitely recommend Impex.

Traded my truck into these guys a few weeks ago they we're very easy going and good to work with. Got fair on my trade in and got a good car. The only reason I didn't give em 5 stars is the car I just got has a squeaking noise when I come to a stop maybe a bearing or something but hopefully it's nothing serious doesn't seem to be and things need replaced every so often it just happens. The car runs great other than that and was a fair price.. I would buy from them again

Really sweet people to work with, they were so nice and honest with the purchase of my Escape. They were up front and honest about pricing, details on the vehicle, and answered any questions we had.

Adam and team were professional, laid back, and great to work with. Will likely be going back to them first when considering future car purchases.

I sent the dealer Kia of Greer I was interested in a chevy s10 they have. The dealer got back to me it was sold. I asked him to get back to me when he has another in the future. He replied that he would do that.

Car was sent to auction. They called immediately when they knew it would not be available.

Great to work with! Friendly staff!

Greatest experience I ever had purchasing a car. Colton was super nice and answered all of my questions. The team worked together to get me the best rates possible. Even though I arrived late they took the time with me so I could drive off the lot in my car. I would highly recommend this dealership. Thanks everyone! Norma

Great people and great service, they get the deal done.

Very nice to work with,,, went way out there way to make my deal a good one,,, even put a new battery and windshield in the vehicle before I left the premises,,,, I was a little disappointed that all the paper was totally finished I left, and it cost a little more to complete it, but I was still very pleased. I would recommend anyone to buy a vehicle here.

The people are very nice. They don’t only see the money but care about their customer.

Emailed and gave information about the car along with contact information

My daughter purchased a car with them. Promptly responded and communication ongoing! Awesome experience! The car she was not there initially. Jace let us know where in the Process it was and immediately when we could see it. The car was exactly as advertised. Very clean. Very personable group Of people , professional. They made her first time car buying experience a very positive one. I highly recommend them!

Were very quick to respond via email

Dealership stayed open late for me to test drive and talk with me.

Brian was great to work with. Between calls and emails we got a great deal. Would definitely recommend this dealership.

Burns contracted me the next due to it being Sunday but the salesman was very nice and very good. He didn't rush me or force anything on me. I would recommend Drew any day for anyone looking to buy one. He treated me like a friend and let me take my time and look it over. Even though I didn't buy the car, I will definitely be back cause of him.

Very good. An email was sent to me (as I requested) and then a day later a knowledgeable sales person called and we talked about the truck and he answered all my preliminary questions. If the truck is not sold before we can maybe finalize this as a purchase, this may be the truck !

Communication was great. Just couldn’t get together on the price. Internet price doesn’t reflect taxes doc fees tags and license and recondition fees.

They listed the car for 28,750.00. I called, the lady confirmed the price. I did an appointment for 2 days later and just the following day they upped the price over 5k. As Soon I saw that I knew this place can not be trusted.

A 2013 GMC Acadia redesign, including a few relatively minor tweaks outside and inside, should keep the big, bold and comfortable crossover coming on strong in the automaker’s lineup. GMC buffs the Acadia in the front with an upright grille treatment that provides a more rugged appearance and gives it LED running lights that add to the look. The rear end receives attention, too, with wraparound glass, restyled taillamps and a new spoiler completing the design enhancements.

The freshening dresses up the cabin of the 2013 GMC Acadia, trading out some of its hard plastic materials for the soft-touch variety. Higher-level trims now come with aluminum accents on the center console, doors and dash. A standard rear-view camera and red ambient lighting across the dashboard are also new.

GMC ratchets up the safety factor for the 2013 Acadia with an innovative front center airbag. The bag deploys from the right side of the driver’s seat and is designed to keep the driver and front-seat passenger from banging into each other in the event of a side collision.

A 3.6-liter, direct injection V6 with variable valve timing, good for 288 horsepower and 270 lb-ft of torque, again powers the 2013 GMC Acadia. The engine now pairs up with a new Hydra-Matic 6-speed automatic transmission intended to improve the Acadia’s shifting action and drivability.

The 2013 GMC Acadia comes with front-wheel drive, and all-wheel drive is available, though off-roading is not considered one the vehicle’s strengths. Fuel mileage estimates peg the Acadia at 17 mpg city/24 highway with FWD and 16/23 with AWD. When properly equipped, the 2013 GMC Acadia can tow up to 5,200 pounds.

The roominess of the Acadia remains one of its bright spots. It seats 7 or 8, depending on whether the second row is set up with a bench seat or a pair of captain’s chairs, and all riders get a decent allotment of space. With seats folded flat, the Acadia boasts lots of cargo area, too, and can carry a 48-inch wide sheet of plywood. Access to the rear seats is good as well. Its smooth ride ranks as another plus, reviewers say.

The 2013 GMC Acadia comes in five trim levels—SL, SLE, SLT-1, SLT-2 and the Denali—and all are available with FWD or AWD. The SLT-1 and SLT-2 versions come with leather seats and the front seats are heated. The Denali gets perforated leather upholstery standard; its front seats are heated and cooled, and it has extra soundproofing and chrome among its features.

Some experts are not sold on the Denali for cost reasons, though, and recommend buying down and adding options to come up with the same car for perhaps a little less money.

A reworked center console includes a multimedia touchscreen display and optional navigation system with touchpad controls for climate and other gauges. IntelliLink is also available and features smartphone integration with Bluetooth and Pandora audio streaming. Front and rear air conditioning, cruise control and full power accessories come standard on all Acadias. Upper level trims get aluminum accents throughout the interior. A rear-seat entertainment center, dual sunroof and trailering packages are among the available options.

The GMC Acadia has a full assortment of airbags, along with stability and traction control, and regularly pulls down high marks in insurance industry and government crash tests. Its new front center airbag will only help in the safety department.

Top rated dealers near you with 2013 GMC Acadia for Sale