I contacted the dealership and talked to a salesman, told him what I liked, but he never got back to me. So, he lost the sale. 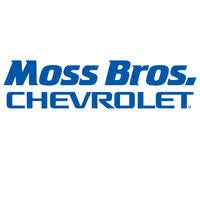 Awesome Communication. Scheduled for a drive test Saturday morning. Annette have been in contact w/me.

Very good people to deal with

They played games advertisement was for $24.011 then they told me the car was sold! overnight the next day it was back for sale again for $25.880 then when I called on it they told me it was old and yet again. It's still listed on CarGrus site as well as there own.

I contacted the dealership and talked to a salesman, told him what I liked, but he never got back to me. So, he lost the sale.

Excellent experience. I hate car shopping and everyone was very nice and helpful.

Toyota first introduced the Highlander Hybrid for 2006. It was the first seven-passenger hybrid SUV on the market, and Toyota was the first manufacturer to offer a hybrid SUV and sedan. While the Highlander Hybrid gets slightly better gas mileage than its conventional counterpart, it rates much better in the emissions department, classifying as a Super Low Emissions Vehicle. The Toyota Highlander looks much the same as the regular Highlander, with the exception of a chrome grille, LED headlights, and badging.

The 2006 Highlander Hybrid comes as a base model or as the loaded Limited model. Both are available as a two-wheel or four-wheel drive and both come standard with a 3.3-liter V6 engine, which, at 235 horsepower, is slightly more powerful than the conventional Highlander. The hybrid system, Toyota's Hybrid Synergy Drive, is the same as the Prius, which is remarkable for its ability to completely take over the gas engine instead of just supplementing it. Fuel economy, like other hybrid SUVs, is better in the city than on the highway, at about 33/28.

Drivers like the 2006 Highlander Hybrid for its relatively good gas mileage, its generous cargo space, good visibility, and comfortable interior. Owners also like the â€œcool factorâ€ and the fact that it has plenty of power and pickup. Owners do complain that the Highlander Hybrid is quite expensive, and it still has that bland Toyota styling.