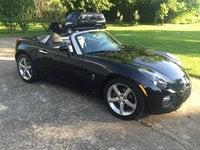 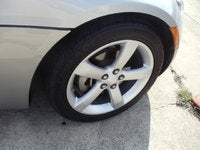 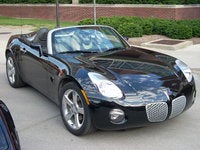 Operating temps in heat wave. My car was getting hot so I had the fan replaced. But even now in a 30 mile drive with AC on it will hit 116 + if I don’t kill the AC When I kill the AC it instantl...

Does Anyone Else Have A Solstice Gxp Coupe ?

Just wondering if I am alone holding on to a brand new car.

Got to end of selling information then wanted to charge after saying on website selll your car free.

I Was Wondering If I Could Send Me The Post For Posting That Has Been Taken...

I bought a car that was on your web site. The posting of the car has been taken down because I bought the car. I was wondering if I could send me the post for the car. I need it because the car does...

You like me! You really like me! You could almost hear Sally Field's voice emanating from the dash of the Pontiac Solstice concept car at its 2002 debut at the Detroit Auto Show. Easily stealing all the thunder, the sexy and curvaceous pouncing roadster was an attempt by GM's Bob Lutz to enter the classic sports car market.

Technically Pontiac's first branded sports car (the Fiero was sold as a compact car), when the Solstice finally appeared on the market in 2006, you could hear necks snapping and eyes popping all across America as drivers were overwhelmed by its stunningly good looks. Borrowing parts from the rest of the GM lineup (the Cobalt's door handles, the Hummer's transmission, the Torrent's steering wheel) in order to keep costs down and the selling price low, the Pontiac Solstice was built on GM's new Kappa platform, with wheels stretched out to the far corners for better handling and more interior room than its obvious rival, the Mazda Miata. The trunk and hood sported reverse hinges, opening outward rather than toward the car.

Initially sold with a 2.4-liter, DOHC Ecotec inline 4-cylinder (borrowed from the Cobalt) rated at 177 hp with a 5-speed manual transmission, the Solstice wasn't necessarily a speedster off the line, but it was plenty peppy to ensure a thrilling ride on the open road with the top down. In 2007, the GXP arrived on the scene, with the more ferocious 2.0-liter, DOHC Turbo Ecotec that boasted 260 hp and 260 lb-ft of torque. It was apparently the first direct injection engine made in America, and GM's largest ever horsepower rating per cubic inch of engine. Finally, the Solstice had some grunt to match its snarling looks.

The GXP comes standard with a lot of features that are only options on the base Solstice, such as power windows and locks, cruise control, ABS brakes, and traction control. The thinking is that the less number of features, the lighter the car and the faster its performance. Yes, air conditioning is optional, the soft top is only manually lowered, and there is extremely limited trunk space (no spare tire) and lack of storage options, but that's what makes the Solstice affordable in the first place. And let's not pretend that anyone is buying this convertible for anything but its classically sleek good looks. On that score, the Solstice appears to be way ahead of the pack.