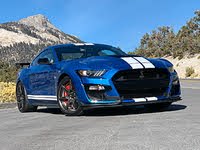 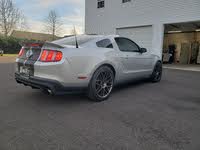 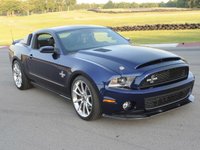 13 views with 3 answers (last answer about a week ago)

what does model code T88 mean

Where Is My Ad Located?

WHY WAS I CHARGED TWICE TO UPGRADE MY ACCOUNT

Worth Of Car In 10 Years

983 views with 7 answers (last answer about a year ago)

The Ford Shelby GT500 was launched in 2007 as a successor to the Ford SVT Cobra. Designed by the Ford Special Vehicles Team in conjunction with Shelby Automotive (the brainchild of Mustang guru and racing legend Carroll Shelby), the Shelby GT500 is a muscle car for the future.

Ford put its most powerful car engine under the hood: the GT500's mill is based on the Triton truck engine, but it's streamlined for performance with aluminum heads and special camshafts. Stiffer suspension and an electronic throttling system add racetrack performance to this stylish pony car.

Offered in coupe and convertible bodystyles, the Ford Shelby GT500 is the next step up from the Mustang. And most reviewers agree it's a worthy descendant of the great Mustangs of the 1960s; with nimble steering, 500 horsepower, and a sleek, sexy design, it's a classic American sportscar.