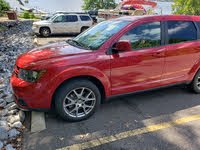 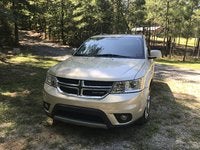 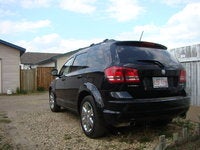 I've seen this topic elsewhere, but never a follow up on what was wrong once it was repaired. Driving today about 6 miles to town, almost to the destination and the chime dings once and battery li...

Lack Of Heat Of Passenger Side

i changed the blend door now it blowing well but no heat on 2011 dodge journey, Why or anything else I need to do?

712 views with 4 answers (last answer about a day ago)

No Price Analysis Is Shown For Posted Car

Hi. I posted car for selling but it's shown as No Price Analysis. What I should do to change it to any others?

Won't come on when door is opened ,only when I turn it on manually

Battery Draining If Car Sits A Few Days Without Being Started

New battery , no lights or switches left on but battery continues to drain , charging system is good also

The originator of the suburban minivan, Dodge has taken a while to join the crossover segment, but finally makes its entry with the 2009 Dodge Journey. Billing itself as a perfect blend of SUV, minivan, and sedan, the Journey will compete with the Ford Edge and the Nissan Murano. Falling stylistically somewhere in between these two, the Journey shares a platform with the Sebring and Avenger, but is two inches taller and five inches longer. This means the standard two row, five-person seating can expand to a 5+2 configuration, with a two-person third row bench.

The Journey's selling point will be its cargo versatility and roomy interior, with reclining rear seats, a second row that moves forward and aft, and raised seating for both second and third rows. Storage bins in the floor, glove box, cargo area, and under seat cushions, along with integrated child seats put the focus on family utility. The crossover will be offered in three trims as a front-wheel drive model, with all-wheel drive available in the performance-oriented R/T. Two engine choices range from a 2.4 I4 to a 3.5 V6, with a diesel engine available outside the U.S.

The Dodge Journey attempts to integrate all the benefits of its genre-defining Caravan minivan, but steer away from the styling stigmas. Though essentially a station wagon, Dodge adds muscular wheel flares, sporty head and taillights, and a rear spoiler to bring its people hauler into the 21st century.