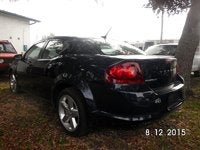 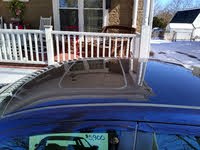 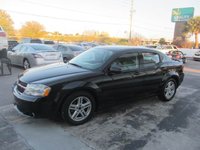 So my headlights, dash lights, and dome lights flickering light going dim then going back to normal. And then the odometer started going crazy like going to zero then back up to speed really fast. ...

So this might be kind of long but I want to start from the beginning and give as many details as possible because I am about ready to push this car over a cliff. I purchased this car used (cash) ...

08 Dodge Avenger No Crank No Start

08 dodge avenger no crank no start mostly happens when outside tempurature is below 65 degrees , if outside temp is 70 car starts fine when car does not start has no communication with pcm .replaced...

Can I Disable The Factory Alarm?

2013 Dodge Avenger. My keyless entry is on the fritz. It works sometimes then other times not. When I unlock my car door with the key the alarm goes off, when I start the car it stops but it's real...

The Dodge Avenger was born out of the partnership of Chrysler and Mitsubishi, and was based on the platform of the Mitsubishi Galant, with stylistic nods to the Dodge Viper. It was produced from 1995-2000

The Avenger fills the role nicely of a 2-door sports coupe that is roomy enough to fit four people comfortably, yet sleek and powerful enough to attract the admiration of onlookers and the satisfaction of drivers looking for a sporty ride.

The Avenger comes in two trims, the base and ES models. Originally, the two differed in engine size and transmission type -- the four-cylinder 5-speed base model and the V6 automatic ES. Eventually the V6 became standard on all trims, but was still only available as an automatic.

Its cool look is what attracts a lot of owners initially, but it also earns praise for its roominess and handling. While most drivers say it is a fun ride, their biggest desire is for an even more powerful engine to match the sporty style.