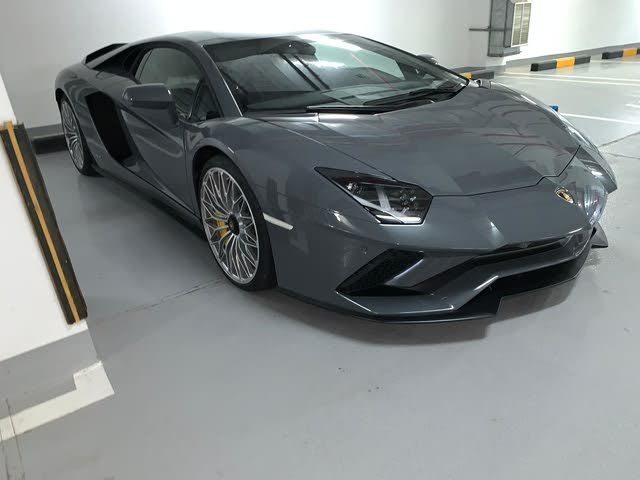 Lamborghini introduced the Aventador in 2012 as its flagship model to much fanfare from the public. In 2017, the brand attached the S suffix to the Aventador, signifying a number of important enhancements – both mechanical and visual – and essentially facilitating a facelift. For 2018, the supercar gets no notable changes.

Lamborghini sells the Aventador in two basic styles: a fixed roof coupe and a roadster with two stowable roof panels. With either example, the Aventador’s chiseled panels and massive ductwork should be familiar, but that’s not to say the car isn’t impressive and unique. Clad in aggressive hues of red, yellow, green, purple, or even violet, it makes a statement unlike any other car. And it’s all functional, too, shaped to let the brute of a machine cut through the air, while holding tightly to the ground. The interior, meanwhile, is full of geometric switchgear and color readouts that recall a fighter jet, and, like most supercars, there’s room for just two people, and a small luggage compartment up front.

Every Aventador gets a fire-breathing, but lightweight, 6.5-liter engine, generating 740 horsepower and 507 pound-feet of torque, along with a stratospheric 8,500 RPM redline. It transmits power to all four wheels courtesy of a 7-speed transmission, which has an automatic function, but encourages drivers to run through the gears themselves via paddle shifters. Zero-to-sixty comes up in under 3 seconds, and the big wide supercar is perfectly adept at handling changes of direction, thanks to a system that can angle both rear wheels with or against the front wheels, depending upon the speed. The drive mode selector includes Strada, Sport, Corsa, and Ego modes; the latter lets you create a custom profile for steering, suspension, traction-control, and engine response. And should one need to stop in a hurry, the Aventador gets giant carbon ceramic brakes as standard equipment.

Lamborghini outfits the Aventador’s interior with all number of high-end materials and finishes, some of them as loud as the exterior styling. But due to its purpose in life, the car’s feature set is more high-tech than luxurious. There’s a full LCD instrument cluster that transmits vital information about the car’s performance, supplemented by a central infotainment system that includes navigation and Apple CarPlay. Keyless start and open are also standard. There’s even an optional telemetry system that uses map data and a GPS system to let drivers measure lap times and performance on most tracks worldwide.

The Aventador’s previous six years on the market have not dulled its presence; it’s a wildly-styled, ferocious, top-end performance machine that is like nothing else. And if the default options aren’t enough, Lamborghini is more than happy to let owners customize it to their heart’s content.

What's your take on the 2018 Lamborghini Aventador?

Have you driven a 2018 Lamborghini Aventador?
Rank This Car