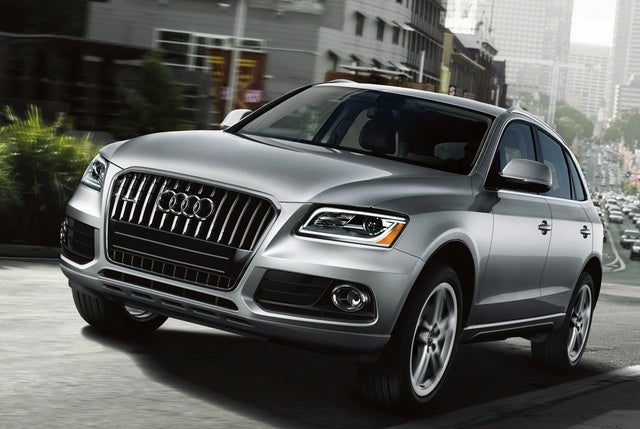 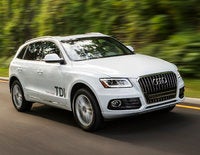 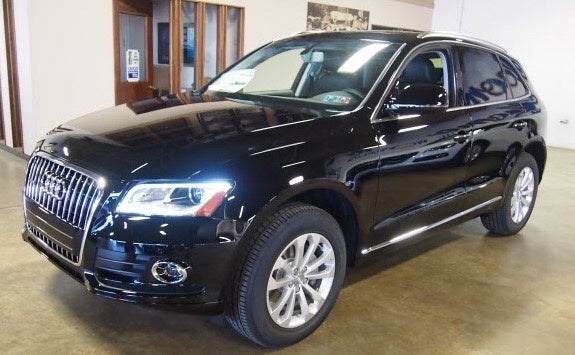 The second-generation Audi Q5 will arrive this year, but the popular SUV won’t be arriving from Ingolstadt, Germany, anymore. Instead, the vehicle will be manufactured in San Jose, Mexico, and that’s just one of the changes for the 2016 Audi Q5.

The most significant, though least visible, change is the switch to a lightweight MLB-evo platform. The Q5 is expected to lose around 220 pounds with its new platform, which will also increase efficiency and improve handling.

The exterior lines receive a slight facelift, losing some of their curve in favor of a more angular look. The grille shape remains the same, but the vertical bars have been turned on their side and now run horizontally. That change goes well with the headlights, which are slightly narrower. Both 20- and 21-inch wheels are also newly available for the Q5.

Interior updates mimic the changes seen in the new Audi TT with an emphasis on simplicity and function. The infotainment system gets a navigation upgrade, and the optional Navigation Plus package now comes with Audi Connect, which features Google Earth satellite imagery, 4G connectivity for up to 8 wireless devices, traffic information, weather updates, and social-media integration. A three-spoke multifunction steering wheel and Panoramic sunroof are now standard features on all three Q5 trims: Premium, Premium Plus, and Prestige.

The base 2.0-liter 4-cylinder provides enough power for normal driving situations, but if you like a little more pep, opting for one of the V6 choices makes sense. And if you really like to get off the line, opt for the TDI, which has a 0-to-60 time of 6.5 seconds. But no matter which engine you choose, the quattro all-wheel-drive system and Audi’s attention to engineering details deliver solid handling and a safe and smooth ride.

Some of the standard feature highlights for the Premium trim (which comes only with the base engine choice and has a suggested MSRP of $40,900) include Bluetooth, Sirius XM satellite radio, cruise control, air conditioning, HID headlights, heated mirrors, a rear spoiler, power front seats, and fold-flat rear seats.

The Q5 performs well in safety tests, even the Insurance Institute for Highway Safety’s small overlap crash test, which is tricky for most SUVs. The 2016 Q5 got a rating of Good in that small overlap crash test and overall received a Top Safety Pick+ rating from the IIHS, the highest rating given out by the Institute. Standard safety features for all Q5 trims include stability control, traction control, antilock brakes, brake assist, tire pressure monitoring, and the full array of air bags.

BW1969 Just bought a 2015 Q5 Premium Plus 2.0. The drives wonderfully. The 2.0 engine is more than adequate unless vanity requires that you drop several thousand dollars to go 0-60 in six seconds instead of 7. The interior is comfortable, practical and well constructed. The entire vehicle has a feel of solidity and quality tip to toe. The 19 inch wheels give the vehicle great grip and handling is very taut for a SUV. The ride is wonderful on the highway. In town at slower speeds it is firm and can have a jar here and there if the pavement is in poor repair. The MMI system is foreign to most users but contrary to some reviews is not unintuitive. I test drove the BMW X3, Acura RDX and MDX and Toyota Highlander. The BMW X3 was a close runner up, but the seats in Audi are more comfortable, the cup holders positioning is far better, I didn't like the gear shifter in the BMW, the BMW had a firmer ride than the Audi and similarly equipped BMW X3 cost a few thousand more. Both Acuras had a stiff ride and the infotainment and climate controls were a disaster. The Toyota Highlander Platinum cost a few thousand less and was a nice vehicle. However, with 19 inch wheels, the Highlander has a stiff ride, utterly numb steering, a sinking brake pedal and lackluster acceleration. Truthfully, the Audi 4 cylinder turbo has more torque and better passing than the Highlander. If you want a road boat that seats 7 buy a Buick Encore and grab a handle every time you make a turn. If you want a prestigious, opulent, well laid out, comfortable, fun to drive, fuel efficient, value holding SUV that isn't a glorified minivan and doesn't require you to show your man card every time you step out of it. Then you can't beat the Audi Q5.

Users ranked 2016 Audi Q5 against other cars which they drove/owned. Each ranking was based on 9 categories. Here is the summary of top rankings.

Where Is The Positive Battery Terminal On An Audi Sq5

What Is The Lifespan Of An Audi?

Looking at new used cars. 2016 Audi Q3 and Q5 premium are in my price range. But I am not quite sure how long the lifespan of Audi’s are as well as the mechanism on these cars. Just an option so I’...

I Am Changing The Radiator On A 2016 Audi Q5 That Was Involved In An Accide...

Changing radiator on 2016 audi q5 w a 3.0 gas motor. since it cools ATF also, I want to check the fluid level since some has been lost. Where is fill plug exactly and what size is it? how do I che...