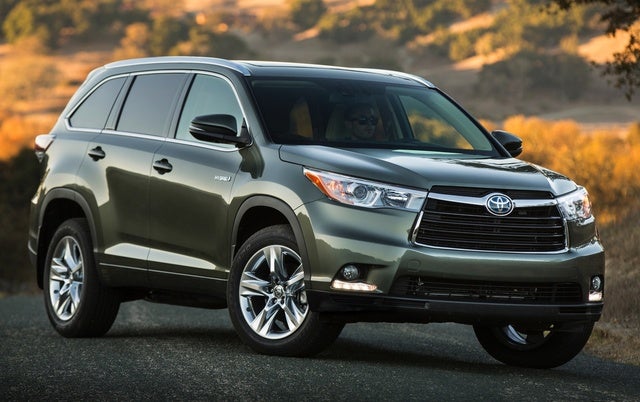 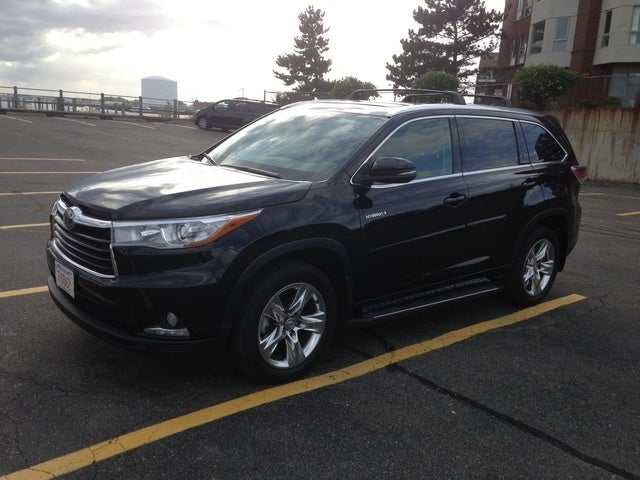 For those thinking green-leaning, gas-saving, passenger-toting utility, the 2015 Toyota Highlander Hybrid might be just the thing. This 7-passenger midsize gas/electric crossover sports 3 rows of seating, a luxurious cabin, a handsome profile, 83.2 cubic feet of cargo area (with the rear seats folded) and, alas, a hefty MSRP. That said, this posh hybrid people hauler underwent a hefty redesign in 2014 that brought it into next-gen status, thus the upcoming model year offers no notable changes to either features or price.

A pair of trims, the lush Limited and the uber-posh Limited Platinum, return for 2015, with each once again sporting a standard all-wheel drivetrain (AWD). Said AWD system allows normal cruising in front-wheel drive (FWD) while standing ready to automatically shift torque from the wheels that slip to the wheels that grip when surface conditions dictate.

Power, meantime, returns in the form of a 3.5-liter V6 engine that combines with a couple of electric motors (one for power, one for accessories) to put out 280 hp under the management of the standard continuously variable transmission (CVT). Regenerative braking, of course, helps the V6 recharge the lithium-ion battery pack for all-electric spurts for short distances, thereby allowing an EPA-estimated 27 mpg city/28 highway, which is about as good as things get in the segment.

Cruise control is, of course standard in both trims, as is a tilt-and-telescoping steering wheel, memory for driver’s settings, keyless entry and ignition, and Toyota’s touted Driver Easy Speak driver’s voice amplification, which lets the driver converse with second- and third-row passengers in a normal tone of voice. Additionally, a rear-view camera and rear parking sensors, along with an auto-dimming rear-view mirror, are also once again standard aboard both Highlander Hybrid trims.

To all of the above, the Limited Platinum adds a standard panoramic sunroof, heated second-row seats and a heated steering wheel. Also standard aboard the Limited Platinum, even as it returns as an option for the lesser Limited, is the Driver Technology Package, with Toyota’s Safety Connect emergency telematics, adaptive cruise control, lane-departure warnings and auto high-beam headlights.

What's your take on the 2015 Toyota Highlander Hybrid?

Leon Leon The traction battery is not lithium-ion; it is nickel-metal-hydrid: http://www.thehybridshop.com/media/blogs/toyota-highlander-hybrid-battery-prices-replacement-costs/

Users ranked 2015 Toyota Highlander Hybrid against other cars which they drove/owned. Each ranking was based on 9 categories. Here is the summary of top rankings.

Have you driven a 2015 Toyota Highlander Hybrid?
Rank This Car

what extended warranties does Toyota offer on used cars

I only use my 2015 Toyota Highlander Hybrid Limited for family outings 2-4 times a month...after 3 years the auxiliary battery died ($450 dollar mistake)...how can i charge the battery while it is i...

485 views with 2 answers (last answer about a year ago)

I Am Looking At A 2015 Toyota Highlander Hybryd Limited Platinum With 124K ...

Is this a safe bet for purchase. Will this car last another 10 years ?

What Is A Hybrid SUV? Does That Means You Cn Change From Gas To Plug In Ba...

Does hybrid mean you can select gas or battery powered?