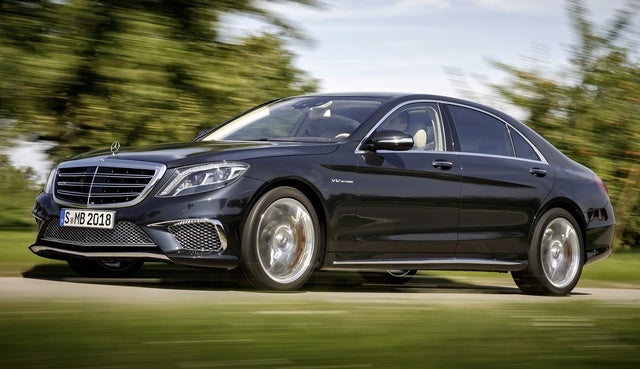 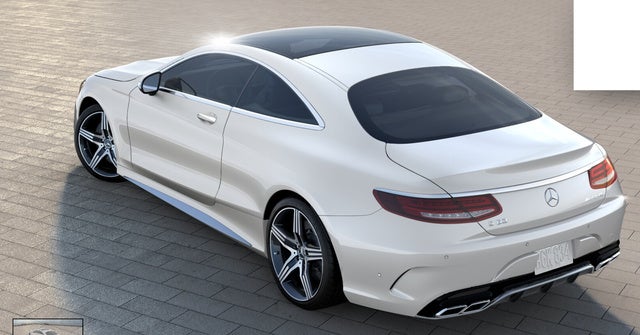 Mercedes-Benz's flagship model lineup arrives for 2015 just a convertible short of a total revolution. Redesigned for 2014 and shooting for the likes of Bentley, the S-Class adds a separate Coupe model this year, complete with an AMG high-performance variant and solid plans on the books for a 4-door plug-in Hybrid and drop-top editions soon after (all reviewed separately). Otherwise, the S-Class sedan remains unchanged from last year.

The driver's jury is still out on whether this new S-Class is a hit or not—the lack of reviews at this point suggests they're still soaking it all in, and what an "all" it is. The S-Class represents the future of Mercedes-Benz, and with all kinds of competition finally coming of age, Benz aimed to make it pretty clear in the 2014 redesign, and relentless debut after debut since then, that the kid gloves are off.

It's not entirely self-driving yet, but the technology onboard this S-Class is definitely flirting with the idea. Radar systems scan the road ahead to predict the best response to upcoming road imperfections, an adaptive suspension leans the car into curves, and a vast array of alert and assist systems help the driver keep a lane, hold his or her spot in gridlock traffic and avoid a variety of hazards such as invisible pedestrians and blind-spot up-and-comers. There's even an adaptively self-tinting panoramic sunroof on tap.

You can opt for the standard 5 seats or a 4-seat setup and rear-wheel drive (RWD) or 4Matic all-wheel drive (AWD), but less than 5 seconds to 60 mph with a 7-speed automatic is a given. The "baseline" S550 offers a 4.6-liter turbocharged V8 putting out 449 ponies and 516 lb-ft of torque at 17 mpg city/25 highway, and it arrives at 60 mph in just 4.9 seconds. There isn't a comparable full-size luxury car that can beat it off the line.

The S63 AMG gets to 60 a full second quicker with its 5.5-liter turbo V8, meaning the upcoming S65 should best any SLS AMG. As for economy estimates with this 577-hp and 664-lb-ft/torque behemoth, they're apparently too ugly to publish, as no official word is available yet. As with all S and AMG variants, rear-biased 4Matic AWD is the only available S63 drivetrain.

Other than deleting 2-wheel drive, 2 doors and about 2 feet, the S550 Coupe and S63 AMG Coupe are expected to be carbon copies of these S550 and S63 sedan counterparts—rebuilt to be a few hundred pounds lighter than the ousted CL-Class the S-Class Coupe replaces. Whenever Benz launches the ultra-high-performance S65 AMG variant for the sedan, the much-anticipated flagship Coupe edition is expected shortly after.

The S500 Hybrid (debuted for 2013 under the previous generation) is expected to re-emerge in the present design late in 2015, likely as a 2016 model, with the convertible hot on its heels. Anything else is not yet confirmed, but it's probably safe to expect an AMG convertible, and maybe an S Hybrid, all of which will be covered in more detail in their respective reviews as more information becomes available.

What's your take on the 2015 Mercedes-Benz S-Class?

Cyber This Mercedes Benz S-550 is state of the art car and no other car of this range even comes close to it. A very well thought design and interior. Fabulous car overall

Users ranked 2015 Mercedes-Benz S-Class against other cars which they drove/owned. Each ranking was based on 9 categories. Here is the summary of top rankings.

Have you driven a 2015 Mercedes-Benz S-Class?
Rank This Car

I did a tuneup on my 2015 S550 replacing all eight ignition coil’s and all eight spark plugs with genuine Mercedes parts and the engine light still comes on however the car runs fine Every time I c...

I put my car v# wddug7gb5fa078456 for sale and hove a problem access my account my phone number 5612396032 my email address is wlikas@aol.com it is not whousedesign@gmail.com

What Are The Driving Modes

How Can I Purcase Your Car? I Am Living In Cambodia.