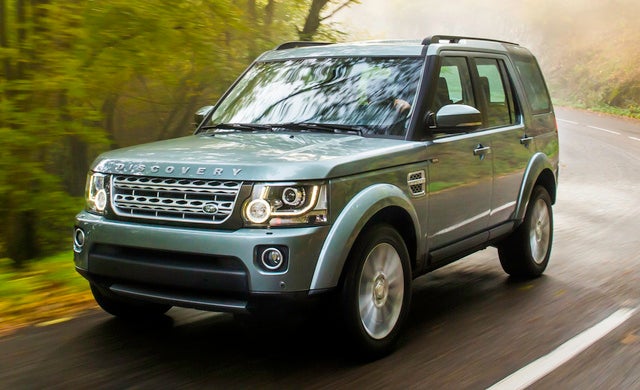 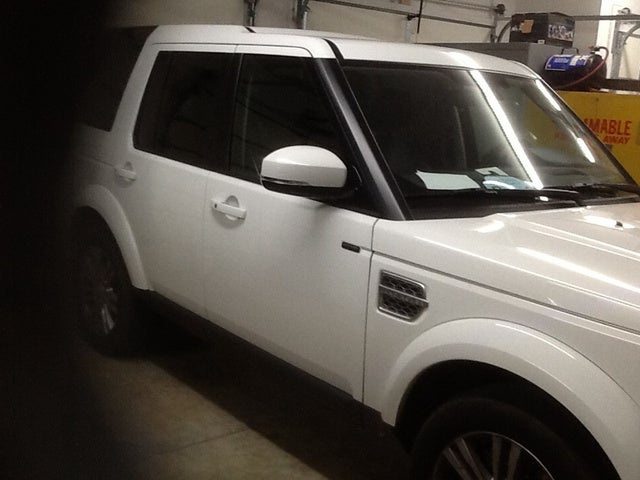 Due for a next-generation replacement any year now, Land Rover's midsize LR4 gets a surprisingly hefty overhaul for 2014. Given the turbo 4-bangers rumored to be in that next generation, this LR4's new supercharged V6 just might be the best combination of efficiency and power in any modern, trail-tested Rover this side of the pond. Whether Europe's pair of diesels will ever get a left-side driver out of the factory is anyone's guess, but so too is just how long this new gas V6 will stick around.

However, the 340-hp and 332-lb-ft/torque V6 it shares with the 2014 Range Rover Sport could be here to stay, arriving in 2014 alongside a bevy of other updates perhaps as a preview of what's to come. Complete with an 8-speed ZF shiftable automatic, Stop-Start technology and a single-speed transfer case by default in the LR4, the staying potential is pretty decent, since the LR4 was always meant to be the way 5 to 7 people got to your home away from home without digging a trench up your steep gravel drive. For 2014 you can get there on fewer fuel-ups with an untold improvement over its formerly unimpressive 12 mpg city/17 highway with the old V8.

That V8's 2-speed case is still available as an option in the Heavy Duty Package, but as the name implies, you'll likely need it only if you intend to use its full 7,700-pound tow capacity off-road. That's about the same as the V8 could muster, and so too is its estimated 8 seconds to 60 mph, despite losing some 35 ponies and 43 pounds per foot of twist under the hood. Mind you, this is all just rumor and speculation since nobody has their hands on one as of this writing, but it's safe to expect about the same functionality at roughly 20 mpg highway.

Outside of that the 2014 LR4 differs in its Meridian audio system, refreshed exterior looks and a few new inclusions in existing packages. For example, the top-shelf HSE LUX upgrade now fetches its Extended Windsor Leather interior treatment standard, and that pesky outward visibility issue is readily handled by opting up to the Vision Assist package, which now includes blind-spot monitoring, Closing Vehicle and Reverse Traffic Detection systems in addition to the previous hitch assist and 360 degrees of cameras.

Otherwise unchanged over 2013, the 2014 incarnation of the LR4 could keep coming back in similar forms on up to 2017, but Jaguar Land Rover's sizable expansion and investment in this next generation could put an all-new LR4 right on the heels of its compact LR2 brother's redesign, set for 2015. There's a bit of a driver ruckus over its manners on the road, drawing unfavorable comparisons to similarly priced, more car-like "crossovers" like BMW's X5, despite JLR's insistence of the LR4's emphasis on "utility" in SUV over the years, and word from the officials seems to indicate a move to more "sport" in the LR4, with a completely different lineup including 16 new models by 2020.

Users ranked 2014 Land Rover LR4 against other cars which they drove/owned. Each ranking was based on 9 categories. Here is the summary of top rankings.

I want to sell my 2014 LR4 Landrover, the engine does not work because of overheating. very good condition with only 45,000 miles one owner