Around Baltimore’s waterfront, we enjoyed the 328i’s punchy acceleration and solid, reassuring brakes. Handling is flat and confident, without excessive jolts from rougher roads. 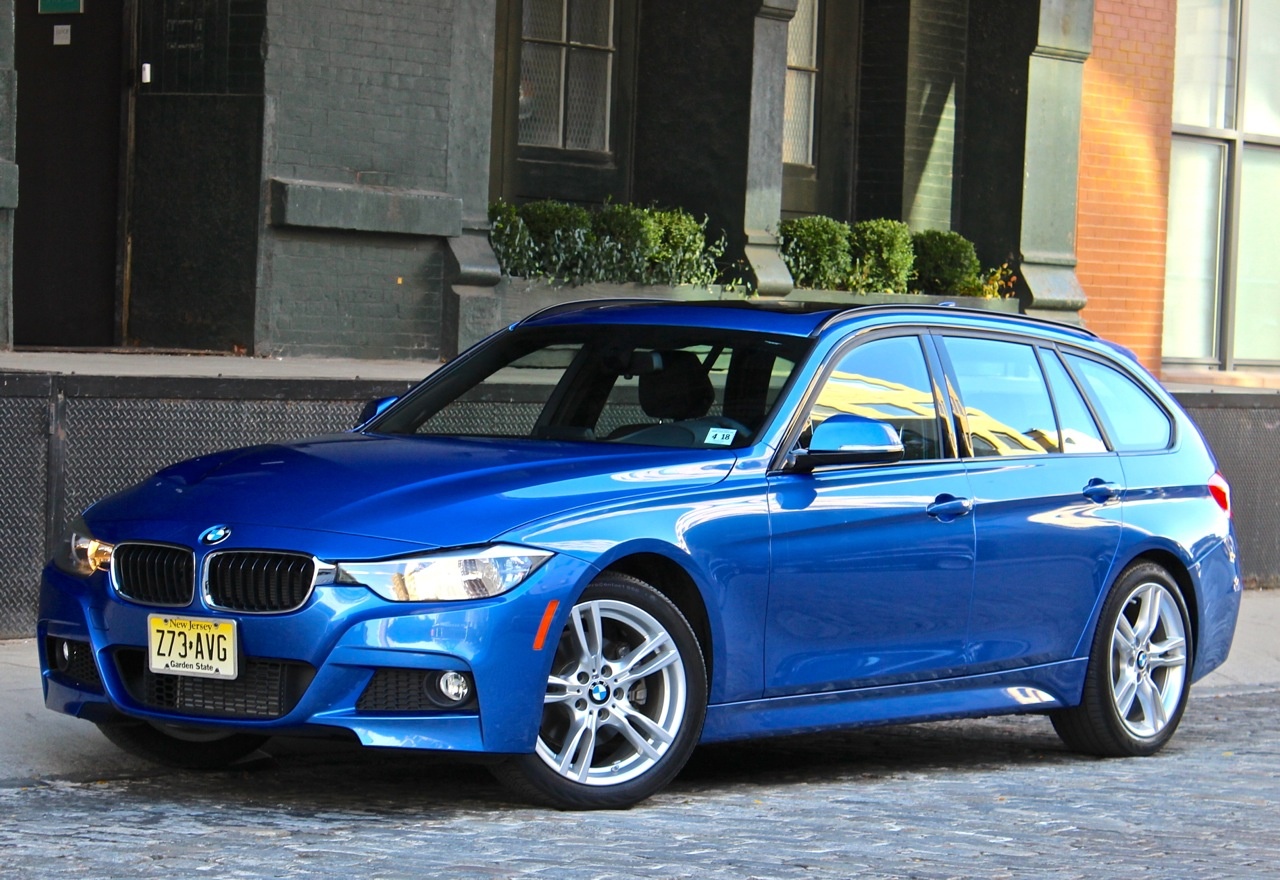 If you can afford to shop for a BMW 3 Series, you’ve probably made up your mind about this venerable sports sedan. Arriving in 1981, the 3 Series invented the very category, offering a near-unbeatable formula of deft handling, sublime steering and silky engines within a clean, 4-door body. But after three decades of watching other automakers fail at cloning the 3 Series, they’ve actually gotten close—and in some cases, beaten the famous German at its own game. So before you pony up $400 per month for a new 328i, know that the latest version isn’t the complete gem it once was. New hot shoes like the Lexus IS and Cadillac ATS are biting big chunks out of the BMW, and you’d be foolish not to seriously consider a few competitors. There’s still lots to love, but we just don’t love it as much. 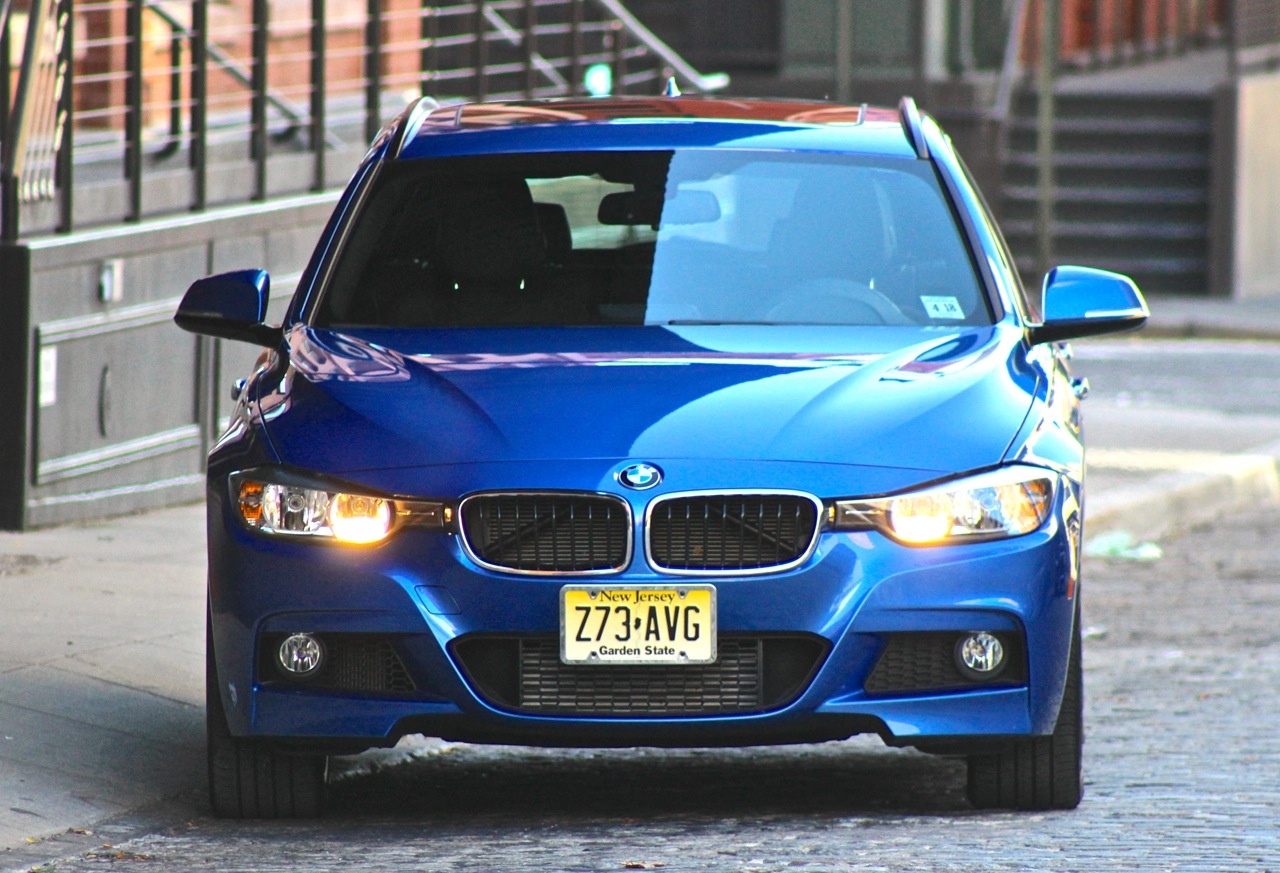 From the kidney grill to its Hoffmeister kink in the rear quarter panels, the latest car is still classic 3 Series. In its attempt to draw a more sedate crowd (read: people who don’t tailgate on the highway), BMW now offers four distinct trim lines: Base, Luxury, Sport and M Sport. As you can guess, Sport and M Sport trims put the emphasis on performance, with more aggressive body styling, larger wheels and stiffer suspensions. Then there’s your choice of sedan, wagon, coupe or convertible (the latter two are carryovers from the previous-generation car and will be replaced in 2014 by the 4 Series). A strange-looking 5-door 328i and 335i hatchback, called the Gran Turismo, is also available (this is covered separately as the 3 Series Gran Turismo). Rear-wheel drive is standard, while BMW’s xDrive all-wheel-drive system is an option except on the convertibles. We tested a 328i xDrive Sports Wagon with the 8-speed automatic, arguably a rare sight given how few Americans drive station wagons, for $52,825 including destination. Several options ballooned its base $42,375 price, such as the Sport Line trim, navigation, Cold Weather Package (heated front and rear seats, heated steering wheel, headlamp washers) Dynamic Handling Package (variable sport steering, adaptive suspension) and the Lighting Package (xenon headlamps). With a BMW, everything—even leather—is extra. 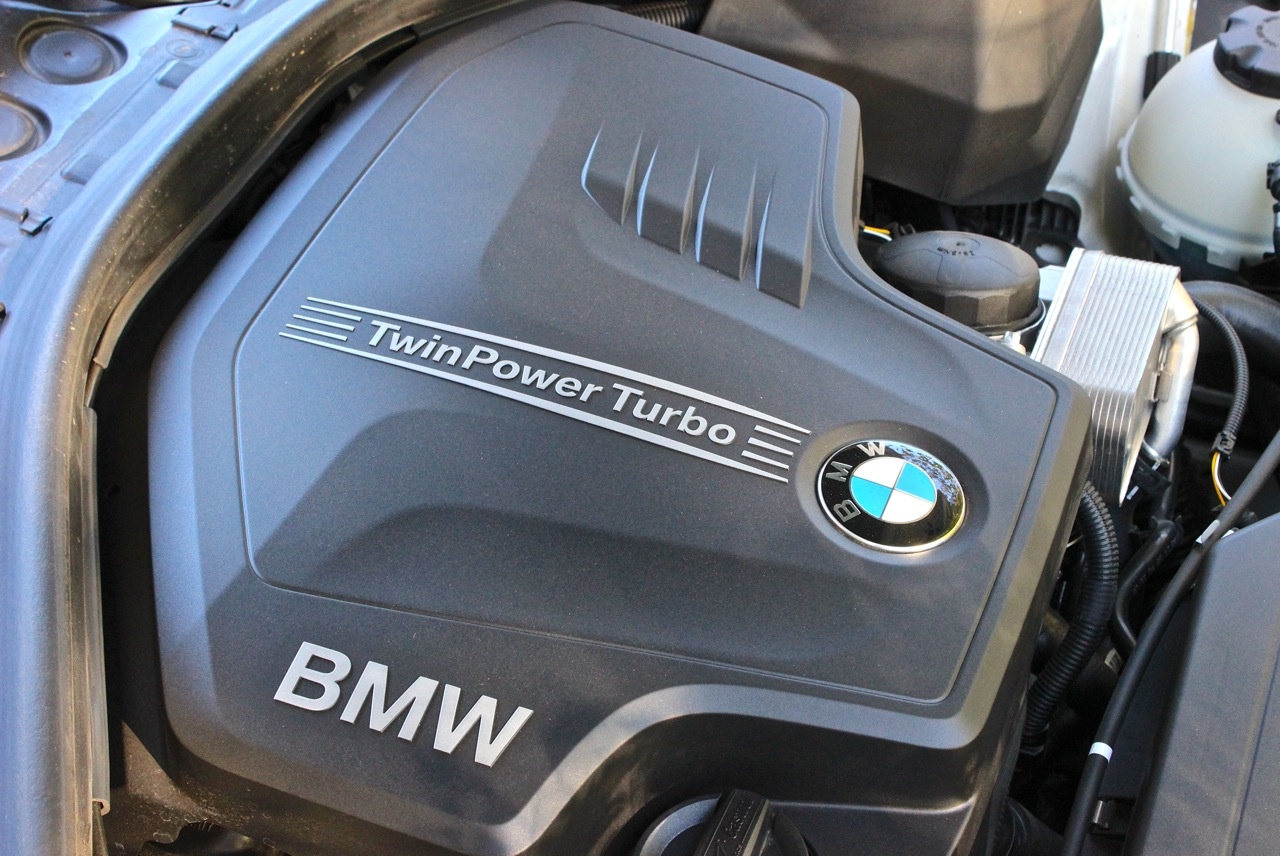 Versatility is the 3’s game, so BMW offers no fewer than 4 engines and 3 transmissions. Two 2.0-liter twin-turbo 4-cylinder engines power the 320i (180 hp) and 328i (240 hp), while the 335i packs a twin-turbo 3.0-liter inline 6-cylinder good for 300 hp. Then there’s the 2.0-liter twin-turbo diesel 4-cylinder in the 328d, which promises an EPA-estimated 45-mpg-highway rating. In mostly city driving, with a dab on the highway, we averaged a disappointing 17 mpg with our tester, about par with the previous 328i and its 3.0-liter naturally aspirated six. A 6-speed manual is available in all trims.

Around Baltimore’s waterfront, we enjoyed the 328i’s punchy acceleration and solid, reassuring brakes. Handling is flat and confident, without excessive jolts from rougher roads. But the electric steering is less communicative than the old 3’s hydraulic assist, and even with the Adaptive M Suspension set to Sport +, it’s not as lively and accurate as it once was. There are no pleasing sounds from the 4-cylinder engine, either. 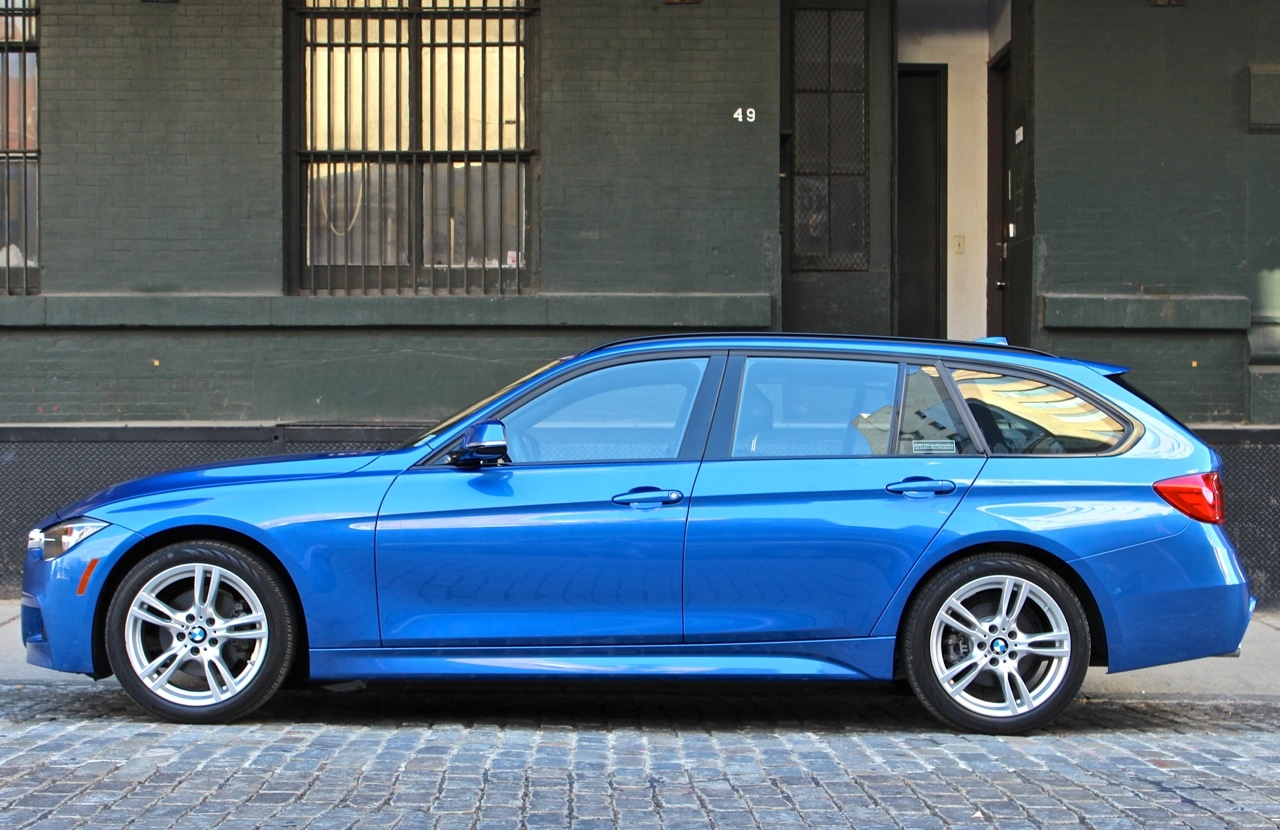 Our tester, shod in white with black window trim and 18-inch double-spoke wheels, drew plenty of stares and looked downright pretty. The bread-and-butter 3 Series sedans most people buy don’t have that effect. Inside, red leather and red accents on the dashboard dress up BMW’s trademark austerity. Materials are high quality and full of soft-touch surfaces, and the controls—even the iDrive system on the large widescreen display—are easy to learn and operate in everyday driving. The deep black instrument cluster marries attractive analog gauges with a high-resolution LCD on the bottom portion for vehicle messages, navigation directions, radio stations and other functions. We still dislike BMW’s shifter, which always remains in the same physical position and requires an upward motion for reverse. Ditto for the turn signals, which don’t move in tandem with the desired direction and will have their pilot, at least once per drive, signaling the wrong way in an attempt to cancel the blinker. But for a car billed as a driver’s car, the BMW is a fine place to take a spirited run around the block. The seats are firm and coarse—this isn’t a Lexus, remember. And despite the wagon’s extra space, you won’t fit much behind the seats. 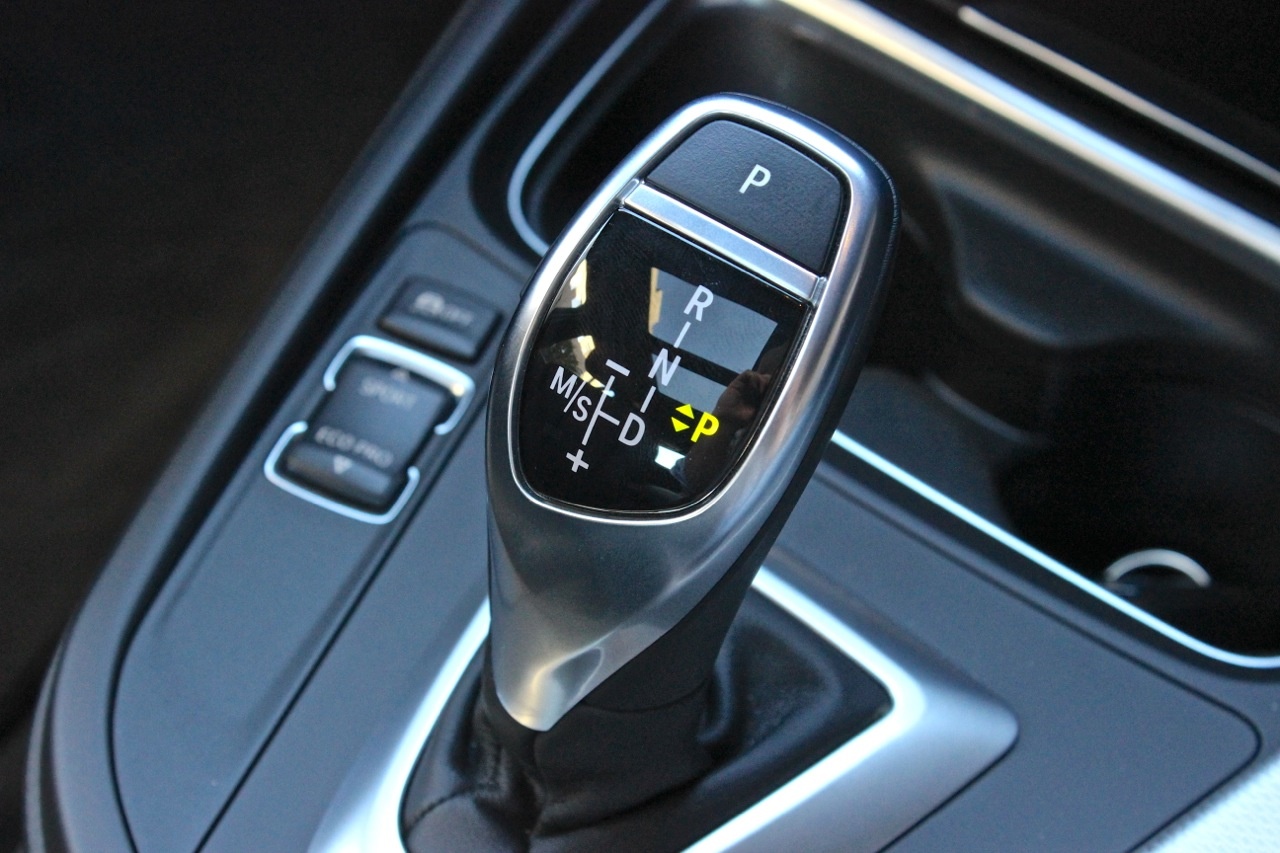 BMW’s iDrive controller, a multidirectional knob surrounded by buttons located just aft of the shifter, works well once you get the hang of it. The big color screen displays the clearest, high-quality map graphics we’ve seen, and menu screens load quickly. Smartphone owners will like the BMW Apps feature, which when connected to a compatible phone can show Facebook feeds on the display and send driving data, such as fuel economy, to the phone. Bluetooth streaming audio and a USB connector (it’s a relief BMW dropped its proprietary cable for iPod and iPhone users) make it simple to crank the tunes, although the stereo’s tone adjustments are buried within submenus. Four driving modes are standard in all versions, and unless you’d like the feeling of dragging dead weight, we’d recommend never switching into Eco Pro mode, which dulls the throttle and reduces the air conditioner’s performance. At stop lights, the 3 Series will automatically shut off its engine to reduce emissions, but it always restarts with an annoying shudder. Thankfully, this feature can be disabled with a button below the ignition. An automated parallel parking system, head-up display, adaptive cruise control and additional cameras that let you see a “bird’s eye” view of your car when maneuvering are all options. 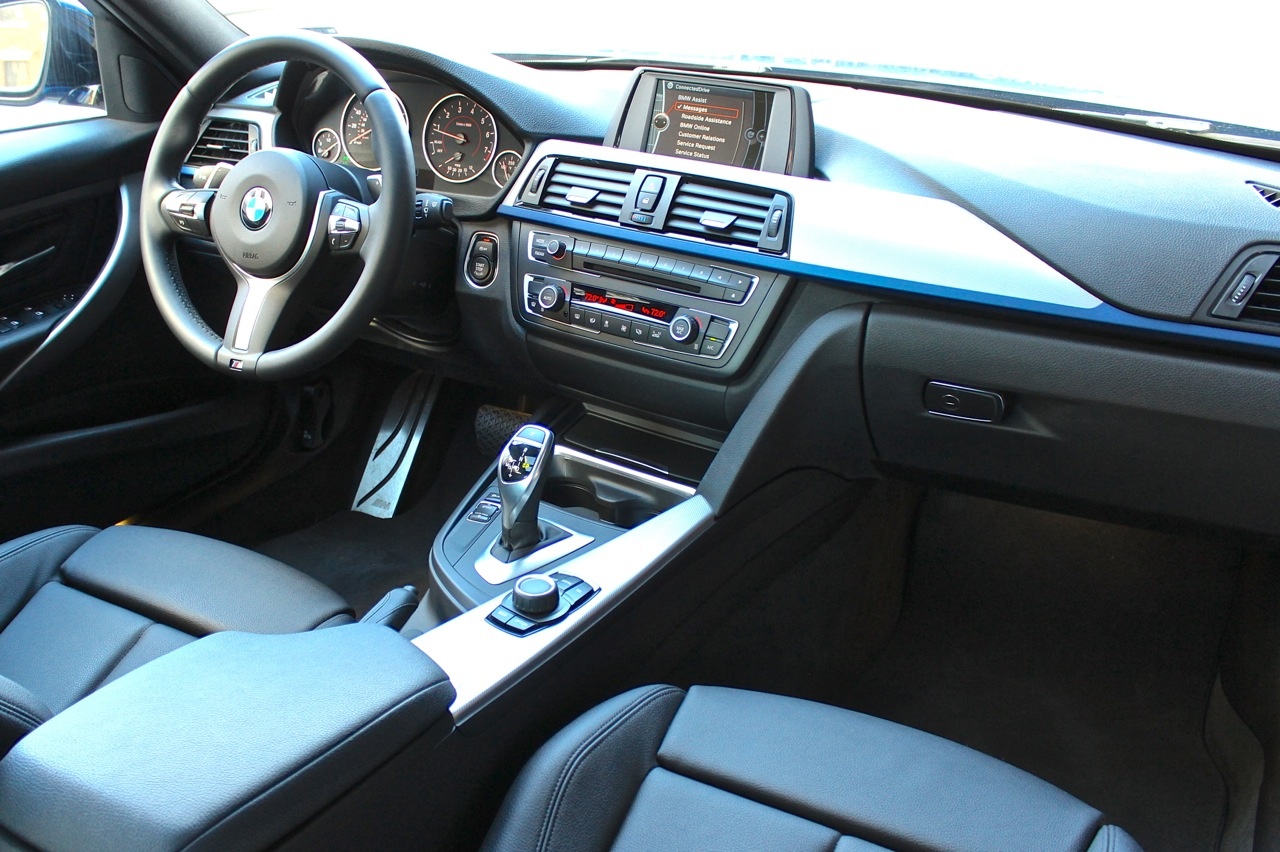 Like most new vehicles, the BMW 3 Series didn’t fare too well in new small-overlap crash tests by the Insurance Institute for Highway Safety. Most automakers haven’t strengthened their cars for this test, which puts excessive pressure on the front quarter panels to simulate a collision caused by drifting over a lane or hitting a pole. It still gains 5 overall stars on government crash tests. Aside from the usual airbags and stability control, the 3 Series comes standard with adaptive brake lamps (which glow brighter in a hard stop), automatic brake drying in wet weather and a telematics system called BMW Assist eCall, which can dial 911 after a crash. Oddly, even though our car had a big screen for navigation, it didn’t come standard with a backup camera. Blind-spot detection, parking sensors and even a basic alarm system aren’t standard, either. 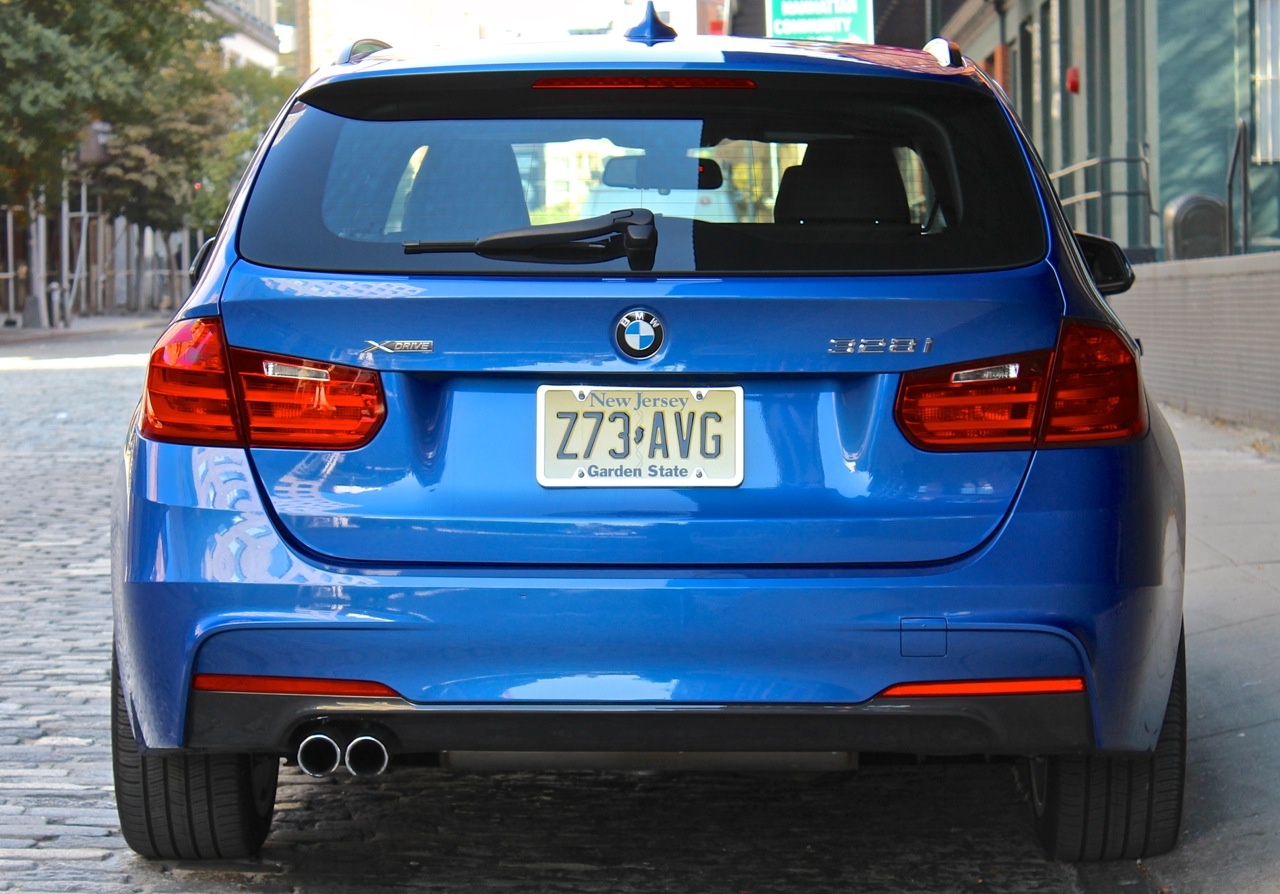 Buying a BMW is more an emotional decision than a practical one. Lease deals usually sweeten the burden, but when BMW charges extra for leather and fold-down seats, there’s no such thing as value. While it’s possible to buy a 320i with a few options for $35,000, you won’t get the flashy style or performance upgrades that make this car worth consideration in the first place. Still, BMW is rather generous with its 4-year/50,000-mile no-cost maintenance plan, which includes scheduled checkups and replacements for oil, wipers, brake discs and pads, and other parts. Resale value is also strong.

With so much strong competition, the 3 Series is not the only competent sport sedan on the market anymore. We walked away a little disappointed, at least with the 328i. We missed the steering and the old naturally aspirated inline six from the previous-generation car, and despite a much smaller engine, the fuel economy was nothing to brag about. To that end, we’d recommend the 335i and its silky-smooth, growling six. A BMW, despite the company’s advances with electric cars, is built to burn premium fuel and look snotty doing it, but only when it’s properly equipped. Our advice: Load up on those appearance packages and sign the papers. You won’t regret it.

SpoonBenderz The 2013 328i sounds like a diesel, very clattery, loud in the cabin, very un-bmw, dissapointed.

GuruWHDCJ It is a status symbol for middle aged crisis men like me. I cant think of anything more hated then status symbols such as the one I am driving. The haters will brake check you and cut you off any chance they get. The haters are the danger on the roadway so be careful. if you want a status symbol get a big heavy American Made Truck or SUV. That seems to be what the America First Crowd prefers and that includes all my Air Force friends. Buying a foreign car is going out of style faster then vacations to Paris or Rome. I think BMW needs to update like Mercedes did and cut through the red tape and start competition with Japanese car makers for reliability. I know now why so many people choose Lexus and Acura.

Users ranked 2014 BMW 3 Series against other cars which they drove/owned. Each ranking was based on 9 categories. Here is the summary of top rankings.

i took my car to dealership and asked them to check it front to back... about 2 weeks later i need a new alternator. could they not have known that if they ran all the tests? i think its awd, it is ...

11 views with 3 answers (last answer about a month ago)

I have sent 3 messages to the seller with no response. How can I find out if this vehicle is available?

Laws About Selling A Car In California

Hi! I currently live in California and I'm trying to sell my car. My car currently has personalized plates on it, which I know are considered my property and I will keep them when I sell the car. ...

30 views with 4 answers (last answer about a year ago)

The Outside Temperature Sensor Sensor Where Is The Location

Help The outside temperature sensor sensor where is the location

One of my headlights And fog light In same side doesn't work it's not from bulbs And not fuse I am wandering what is gonna be the problem?