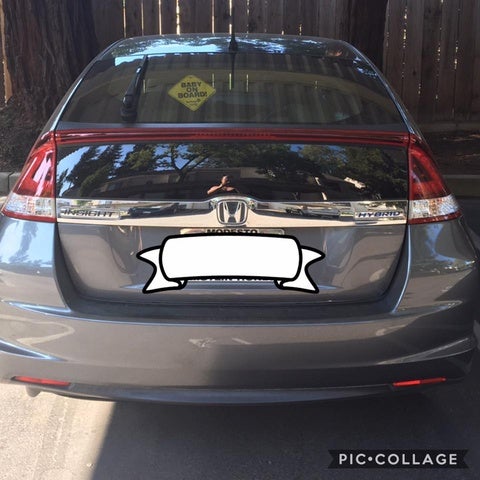 Honda successfully pulled off the Insight's 2012 refresh and thus moves this hybrid founding brother of the Prius into 2013 without a single change. Drivers aren't complaining, but magazines sure find a lot to criticize, including poor acceleration, tight rear-seat entry and exit and cramped rear space in general, high floors for the front seats, an unsophisticated ride and the lack of Bluetooth availability anywhere but the top-shelf EX. Last but probably most genuine of all the criticism if it's true: The air conditioning shuts off when the Insight's engine automatically shuts off, like at traffic lights. But not a single driver mentions any of those things.

Instead, drivers are talking about how fun the Insight is to drive, how safe they feel driving it and how wonderful it is to get in the ballpark of 45 mpg in combined driving. One major publication claims the Insight can't travel on battery power alone, but again drivers correct that notion—so perhaps that same glossy that also said the air conditioning shuts off at traffic lights might be mistaken on that account, too, since the Insight can travel on battery power alone up to 25 mph, and if the magazine's test version was somehow defective in this regard, then it could have also had an air-conditioning glitch. Either way, it seems like that glossy is the only one saying anything about it. Not a single driver is complaining about a thing, let alone such a glitch that would be blatantly apparent even in a 10-minute test drive.

That said, drivers are also well aware that the Insight is a budget commuter hatchback, with a lot of interior emphasis on the budget. It doesn't look or feel cheap to the extent of being uncomfortable—not since the 2012 road-noise reduction and cupholder redesign—but the Insight's downmarket approach is obvious when compared with its more pricey Prius brother and all the gadgets it gets. The Insight's trunk, as another example, offers 15.9 cubic feet for cargo until you fold down the rear seats for all 31.5 cubes—about as much space as you can find in almost any mid- to full-size sedan. The hatch access is neatly practical, but don't expect this hatchback to fit neatly into any standard category for better or for worse.

Take for instance keyless entry, automatic climate control and a 160-watt stereo system, which are not what you typically expect to find in a base hybrid trim for less than $20,000. The Base's 15-inch steel wheels and 2 speakers are no surprise, though, so if cruise control, 4 speakers for your stereo and an armrest are on your list of expectations, then expect to move up to the LX. At the top of the line, the EX offers 15-inch alloy wheels, automatic headlights, heated mirrors with integrated turn signals, leather-wrapped steering wheel and shift knob, shift paddles, Bluetooth and a 6-speaker sound system, as well as an optional navigation system, which includes a rear-view camera and a touchscreen interface with voice controls.

Every Insight is powered by a 1.3-liter 4-cylinder gas engine paired with an electric motor and nickel-metal hydride battery pack to deliver 98 hp and 123 lb-ft of torque to the front wheels through a continuously variable transmission (CVT). The result is quicker than the Civic Hybrid, but a bit slower than the Prius for a livable 10.9 seconds to 60 mph while getting 41 mpg city/44 highway. Unlike those hybrids, the Insight also recharges while coasting, something that further adds to the Insight's distinctly "normal" non-hybrid feel in its brakes and driving dynamics. It's not the mainstream sort of feel anyone can enjoy though—professional magazine writers should probably look elsewhere.

Have you driven a 2013 Honda Insight?
Rank This Car

Planning to buy a second hand Toyota Prius or Honda Insight in Ireland. I'm really not sure if it's safe to buy a Hybrid that is already 6 years old (as I'm looking at the 2013 versions with less than...