Over the course of hundreds of miles driven throughout northern New England, I found the Civic's little four-banger to be ideally suited for daily commuting duty. 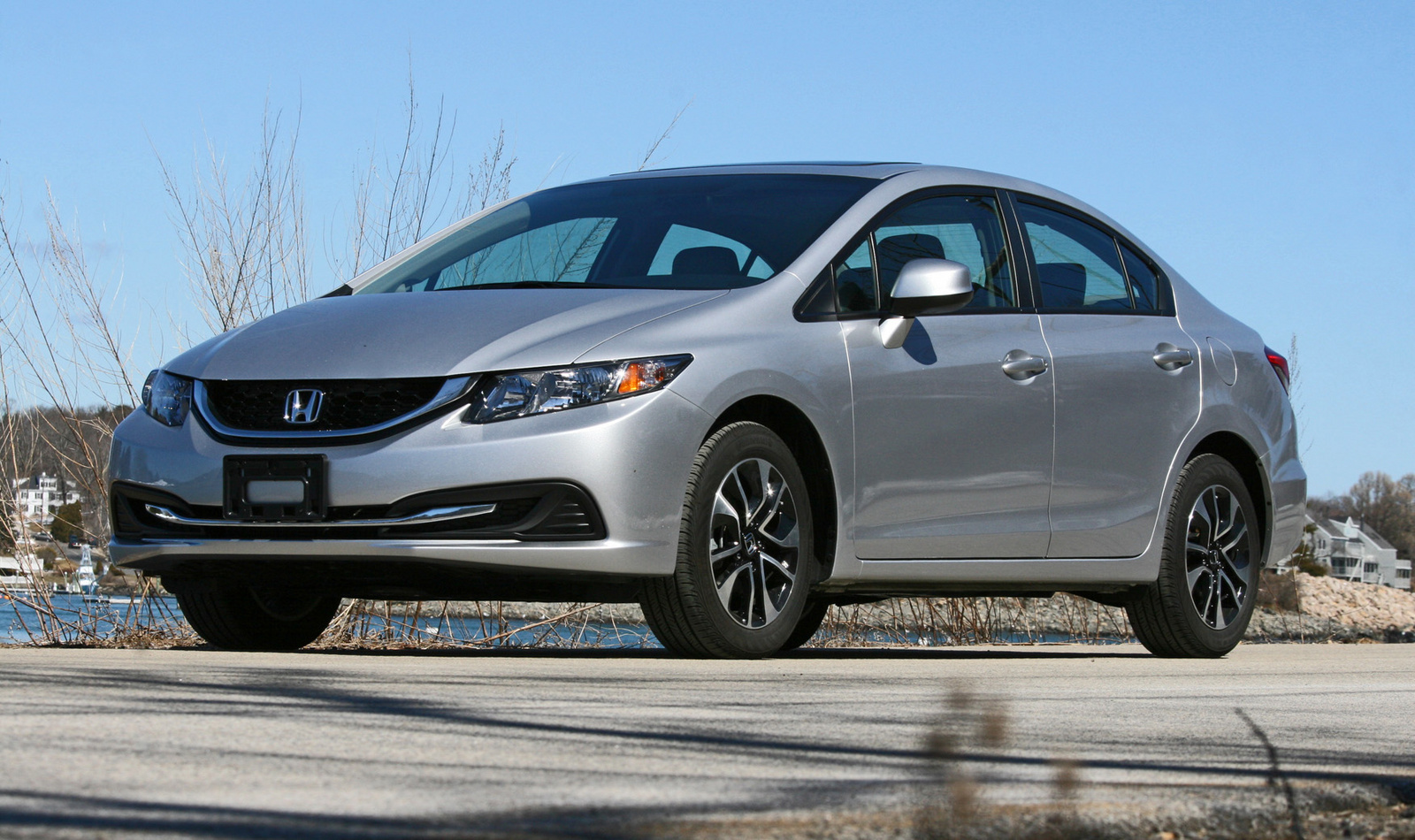 Sometimes, dependability alone doesn’t quite cut it, as proven by the mediocre employee with a perfect attendance record, the clock that marks every hour precisely 7 minutes late, or the steadfastly reliable car with subpar handling and materials. Falling under that description last year, the updated 2013 Honda Civic corrects course with fresher styling, improved quality and handling, and a clear determination to maintain its best-selling status. 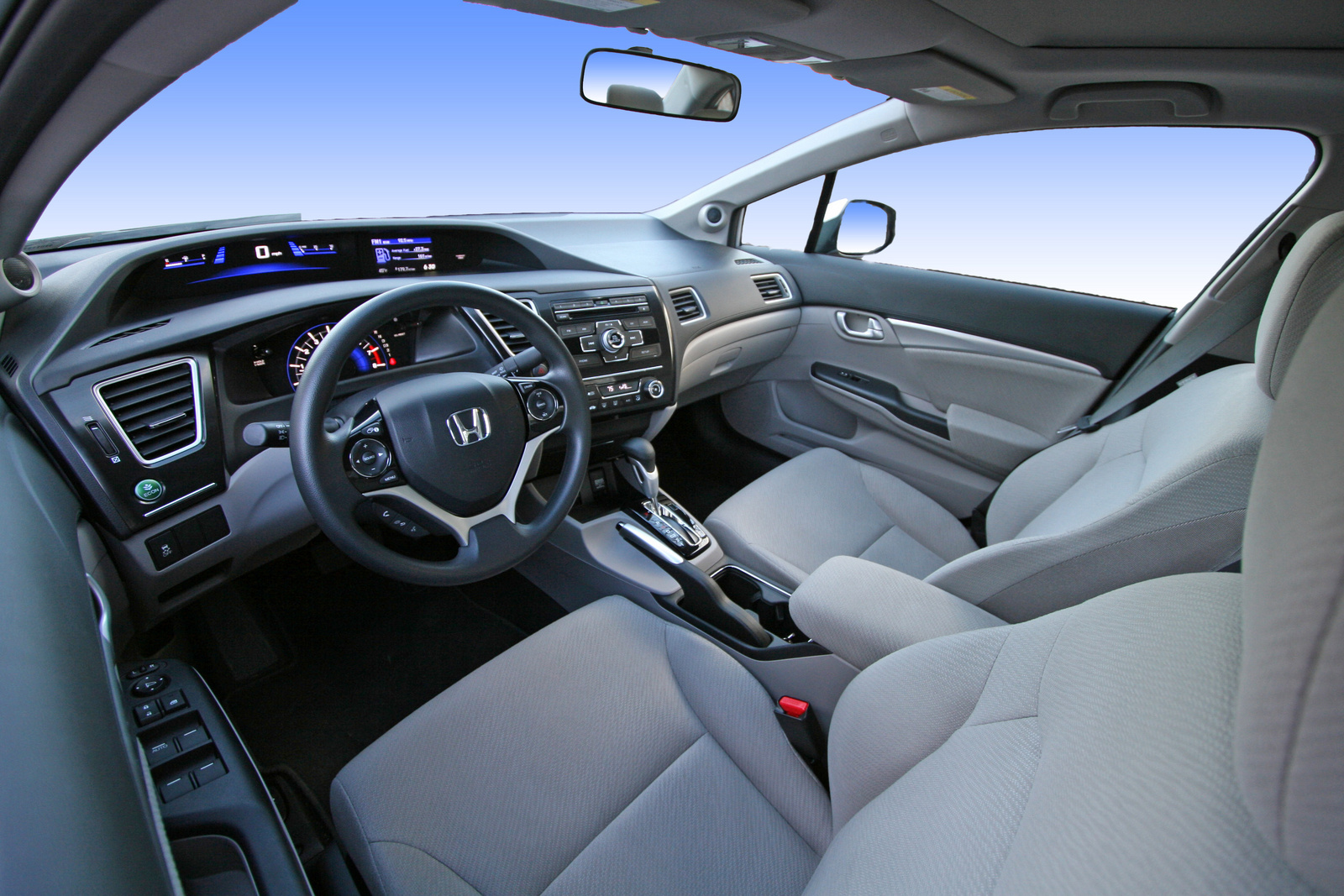 In a bit of an ironic twist, the redesigned 2012 Honda Civic sold like gangbusters, attracting more than 300,000 buyers, or roughly 65,000 more than the entire Lexus lineup. Strong sales are nothing new for the Civic, but the negative responses to the car’s changes certainly were. No aspect enjoyed freedom from criticism, with complaints pointedly addressing generic looks, rental-grade interior materials, uninspired handling and what amounted to an overall lack of redeeming qualities (aside from an enviable reputation for reliability). Despite the harsh words, the Civic remained America’s best-selling compact car.

Honda, long recognized as a company that avoids risk, didn’t wait to find out if the criticism would diminish. So, in an unusual move, the Civic was significantly tweaked just one year after a major redesign, arriving for 2013 with revised front and rear styling, a cabin improved with soft-touch surfaces and standard features such as a rear-view camera, and a more responsive chassis.

To get an up-close-and-personal look, I spent a week test-driving a 2013 Honda Civic EX sedan, boasting standard Bluetooth connectivity, a power moonroof, a 160-watt sound system, 16-inch alloy wheels and automatic climate control. The sticker price, including a $790 destination charge, came to $21,605.

Of course, the EX sedan is just one of many available Civic variants, with shoppers having a choice of 2-door or 4-door body styles, natural gas or hybrid powertrain options, several trim levels and a rev-happy 201-hp engine fitted under the hood of Si trims. Depending on which version is selected, buyers can find features including leather upholstery, a navigation system with voice-recognition technology, premium audio and fuel economy as high as 44 mpg. Base prices start at about $19,000 for the Civic LX coupe and climb to roughly $27,000 for the Civic Natural Gas sedan. 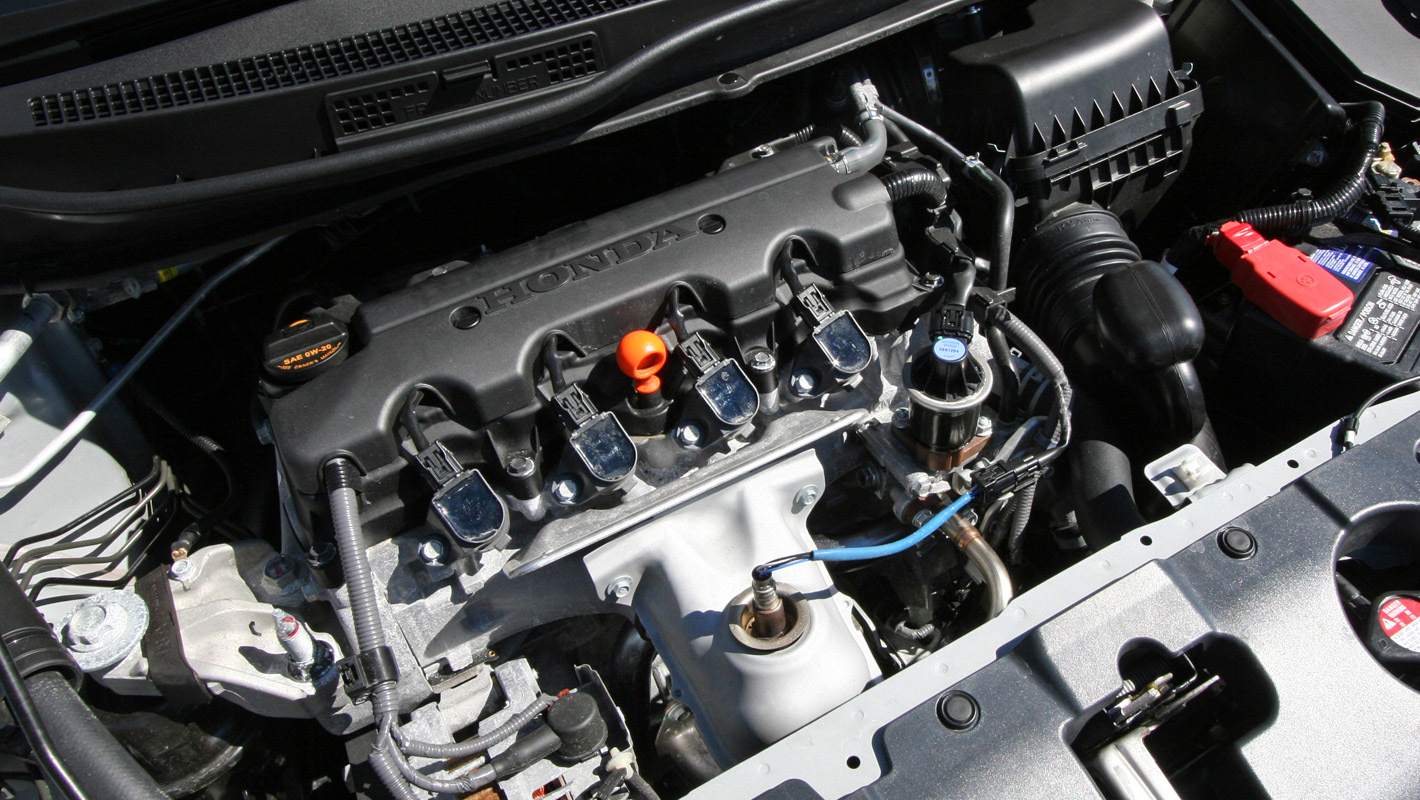 Regardless of whether your wallet calls for maximum efficiency or your disproportionately heavy right foot isn’t happy unless it’s dropkicking a gas pedal, chances are there’s a 2013 Honda Civic that suits your needs. Slotted between the thrifty Hybrid and the 201-hp Si ticket magnet, the EX sedan bridges the gap with a 1.8-liter 4-cylinder engine that delivers 140 hp and 128 lb-ft of torque, output that’s directed to the front wheels via a 5-speed automatic transmission. The EPA suggests drivers will average 28 mpg city/39 highway.

Over the course of hundreds of miles driven throughout northern New England, I found the little four-banger to be ideally suited for daily commuting duty. There’s enough giddyup to get you through that intersection before the yellow light turns red, merge into freeway traffic or pull into a busy passing lane with confidence. In typical Honda fashion, my test car’s engine didn’t offer up its entire horsepower bounty until the revs had climbed to the point where only dogs could hear them singing. In concrete terms, that translates to a lofty 6,500 rpm and results in a somewhat lethargic feel at lower engine speeds.

The 5-speed automatic transmission did an admirable job of managing the engine’s output, though I was disappointed by its lack of a sport or manual mode. After tapping an Econ button, upshifts were executed more quickly to keep rpm lower and efficiency as high as possible; for the same reason, downshifts were delayed, but could be provoked with heavy application of the gas pedal. That’s fine for cruising on the highway, but I wanted a more responsive throttle that I knew would react when I wanted it to, so I left the Econ feature turned off most of the time. In this normal mode and when starting from a complete stop, the transmission quickly shifts into second gear and then allows the engine to build a good bit of speed before shifting to third. Even without making efforts to maximize fuel efficiency, I averaged 27.1 mpg.

Complementing my 2013 Civic EX sedan tester’s powertrain was a chassis Honda has reworked to improve the car’s ride and handling characteristics. To its credit, the changes are for the better, but I was still left with the impression that there is nothing sporty about this vehicle. The electric power steering, which is appropriately tuned to avoid feeling too light or too heavy, provides some feedback yet doesn’t present a detailed sense of what’s going on between the road and the Continental ContiProContact 205/55R16 tires. Firm is the best way to describe the suspension, though that’s typical for this class; compared to last year’s model, the suspension does a better job of absorbing bumps and isolating any ill effects from the cabin. 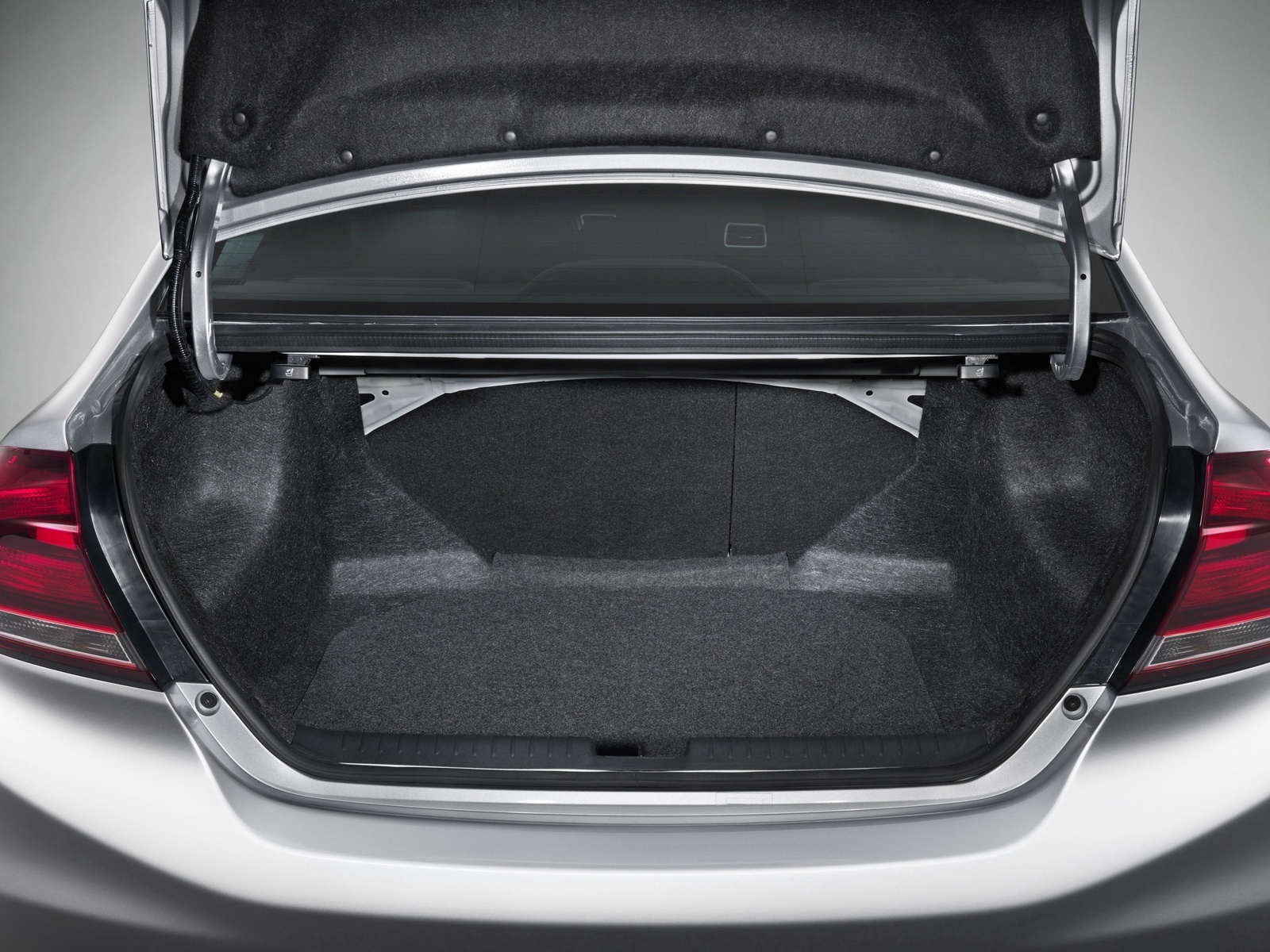 In keeping with its commuter-car persona, the Civic EX sedan offers up a firm yet comfortable driver’s seat featuring a manual height adjustment appreciated by people of limited stature, like me. Racking up the miles in that front bucket is made yet more enjoyable thanks to a sliding and padded front center armrest, a tilt and telescoping steering wheel with integrated Bluetooth and audio controls, and ample head- and legroom. Honda has also successfully toned down intrusive levels of tire and wind noise; the engine is hard to tune out at high revs, but this 4-cylinder has a sound that’s as refined as they come.

Behind those front seats is a split-folding bench that’s capable of accommodating 3 passengers, but, like most sedans, you’ll want to reserve the center hump for small kids or adults you don’t like very much. I sat in the Civic sedan’s rear seat and found just enough headroom, sufficient legroom, ample thigh support and a backrest set at a comfortable recline angle. Again, the cushions are on the firm side. Behind it all is a 12.5-cubic-foot trunk, which is just one of the Civic’s many storage provisions. Others include front and rear door pockets, rubber-lined and covered cubbies forward of the shift lever and under the center armrest, and plenty of cupholders.

From an interior quality perspective, the 2013 Honda Civic has improved to the point that it won’t be lambasted like last year’s model. There are now padded sills, soft-touch plastics on sections of the dash and a mesh headliner. Some folks have also suggested the interior looks a bit more upscale, a notion with which I disagree. Aesthetically, there’s too much going on with alloy-like and chrome finishes, piano black trim around the shifter and a different black treatment around the gauges, blue metallic specs in the black piece around the radio controls, and varying grains and degrees of glossiness. Also serving as detractions are vinyl sunvisors, a lack of padded surfaces for rear-seat passengers and cloth upholstery that feels cheap. 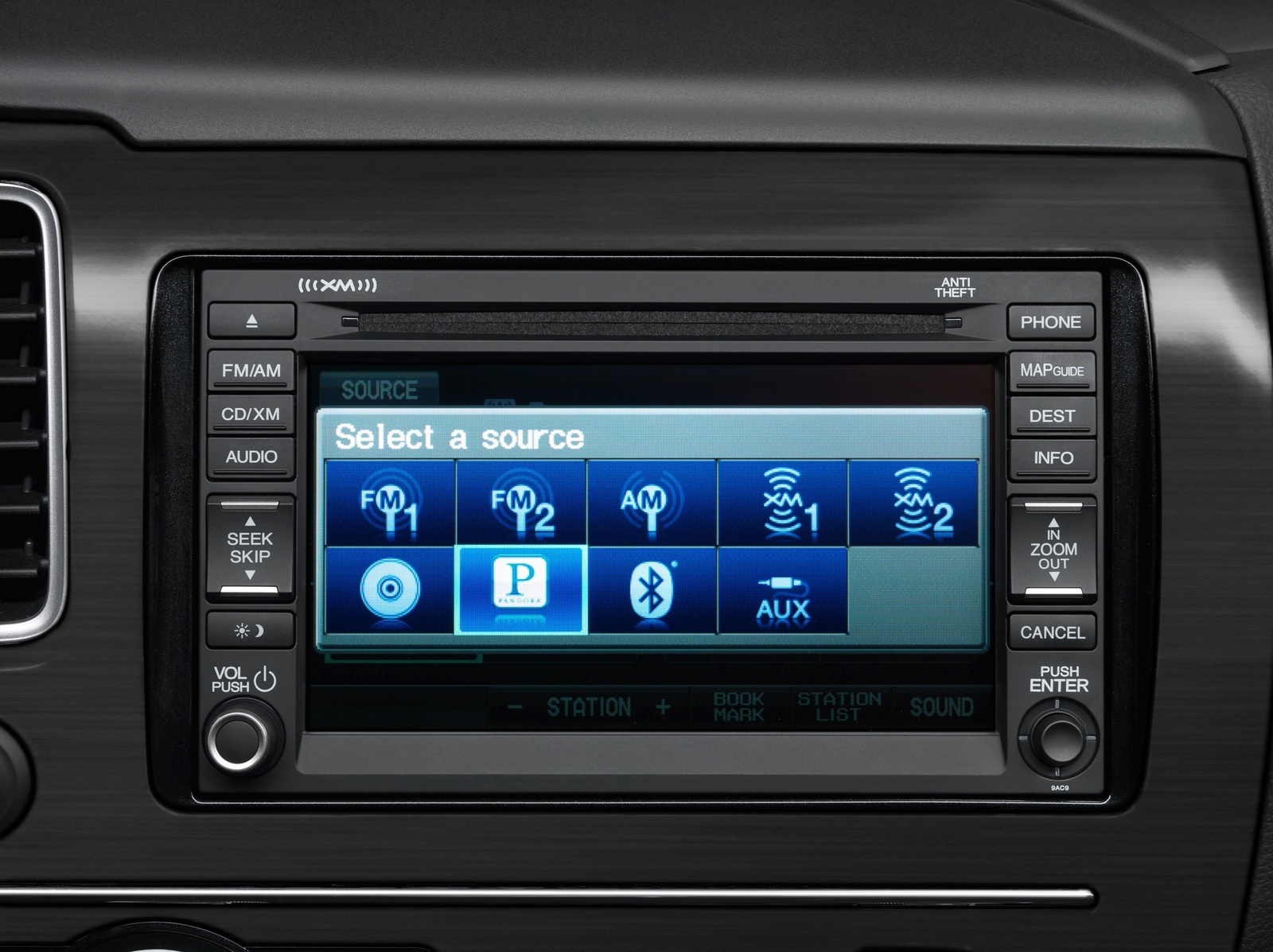 The verdict is still out on the validity of trickle-down economic theory, but it’s clearly at play in the automotive world. Technology moves from the exclusive to mainstream ranks at a rapid pace, as evidenced by the 2013 Honda Civic EX sedan and its i-MID multi-screen LCD display. Using steering-wheel-mounted controls, drivers can manage phone calls, read and respond to text messages, upload personal photos and access Pandora Internet radio by plugging their smartphone into the car’s USB port. It’s all integrated, intuitive and standard on a car with a sticker price of less than $22,000.

Interestingly, satellite radio service is available only as part of a $1,500 navigation package. With so many manufacturers providing at least trial subscriptions in a variety of models, this was surprising.

In crash tests conducted by the National Highway Traffic Safety Administration (NHTSA), the 2013 Honda Civic sedan earned an overall rating of 5 (out of 5) stars. The Insurance Institute for Highway Safety (IIHS) also tested the 4-door Civic, recognizing the vehicle with its Top Safety Pick Plus award. This is reserved for models that score a Good rating in 4 out of 5 IIHS tests and earn an Acceptable rating or better in the remaining test. Credit for the 2013 Civic’s impressive safety performance goes to stability and traction control systems, 6 airbags and 4-wheel antilock brakes with front discs and rear drums (LX, HF) or discs (EX, EX-L).

With such an impressive level of proven protection, it’s hard to feel anything but safe inside the 2013 Civic. 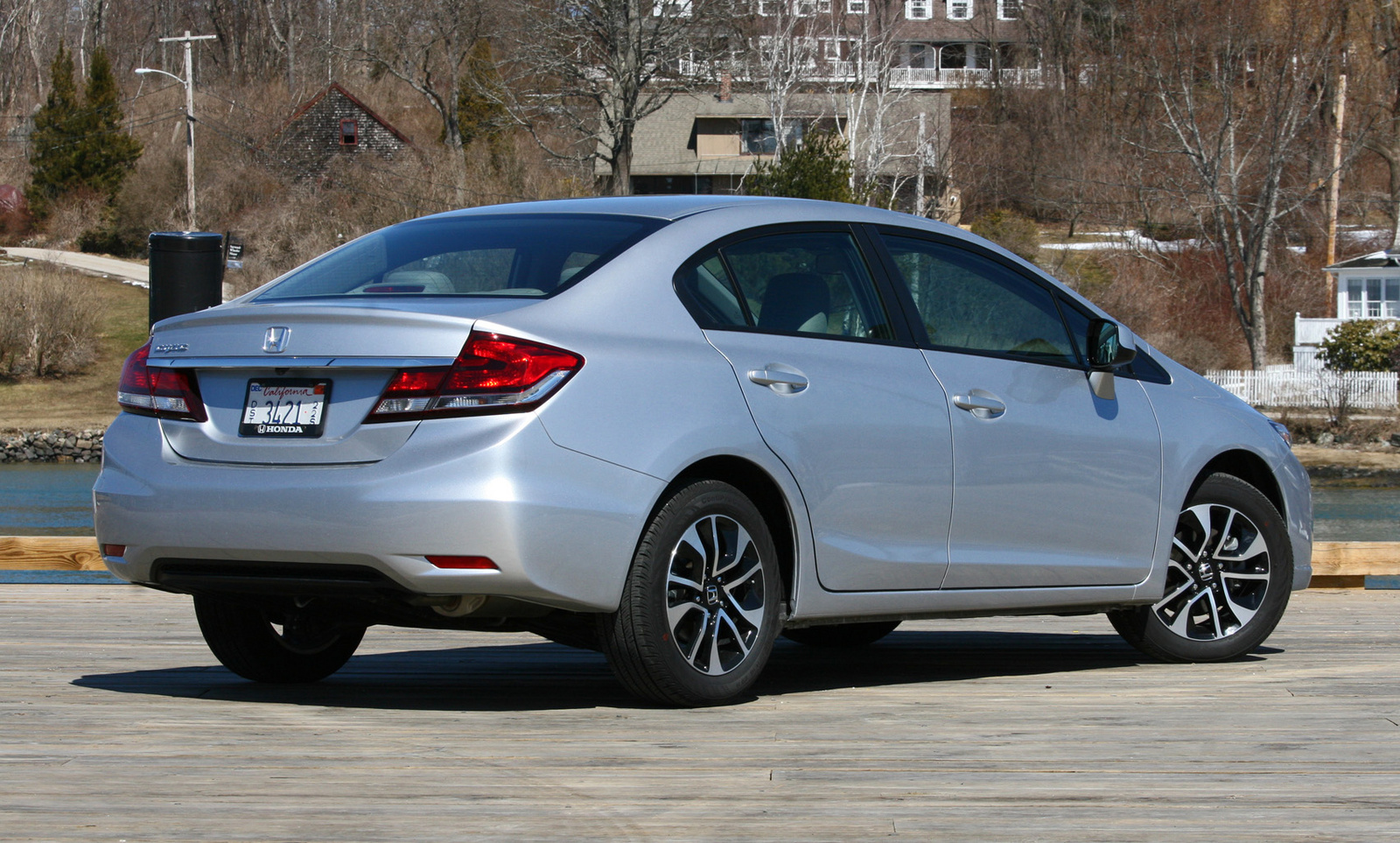 Value is a cornerstone on which Honda has built its brand, and the 2013 Civic sedan only serves to strengthen that foundation. Contributing factors include a low cost of ownership, excellent resale value and a long history of providing above-average reliability. Those accolades have a tendency to overshadow blue-speckled interior bits and the absence of standard XM satellite radio.

To get a better picture of how the Honda stacks up against the competition, I compared 4-door base versions of the Civic, Ford Focus, Hyundai Elantra and Ford Focus, all equipped with a manual transmission. Working in Honda’s favor are the Civic's leading fuel economy and one of the longer roadside assistance programs (5 years and unlimited mileage). However, the 2013 Civic also has the highest base price; features a trunk that’s smaller than those of the Focus and Elantra, and only 0.2 cubic feet larger than the Corolla’s; comes up 20 hp and 18 lb-ft short versus the slightly less efficient but direct-injected Focus; and, unlike the Elantra, offers rear disc brakes only on higher trim levels.

Clearly, each has its strengths and will appeal to different buyers with different priorities. For those who prioritize decades-long dependability above all else—and don’t want to settle for the dated Corolla—the 2013 Honda Civic is hard to beat.

GuruWVS5K It's a trusted friend indeed and Like a fine horse it's a real stud.

Users ranked 2013 Honda Civic against other cars which they drove/owned. Each ranking was based on 9 categories. Here is the summary of top rankings.

Have you driven a 2013 Honda Civic?
Rank This Car

Should I Buy This Car?

Entered My Car Yesterday, But Do Not See It Yet ?

Do not see my car entered yesterday ?

2013 honda civic lx . Where is the starter on this thing?