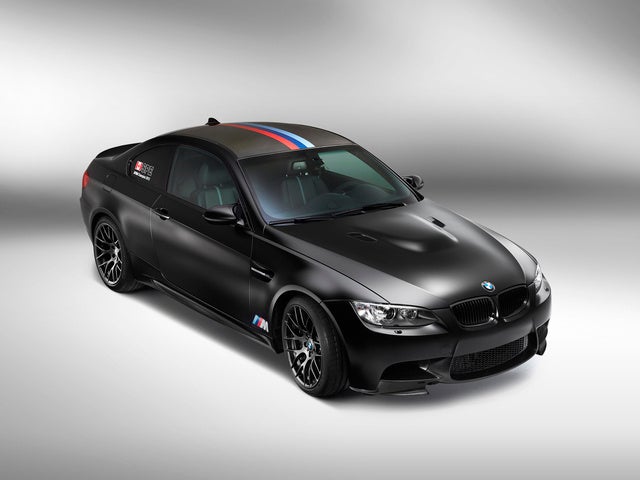 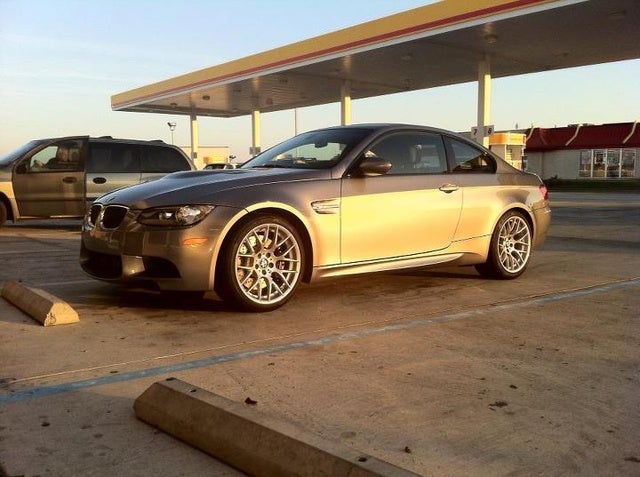 Of all the fancy features included with the venerable Deutsche Dagger, my favorite is undoubtedly the least complex: the clutch pedal. Sure, you can get yourself a 7-speed double-clutch automatic like all the new kids on the block, but the 6-speed manual with the familiar 3-pedal layout is the choice for the traditionalists out there—people who still remember what it was like to need some skill in order to drive well.

Yes, it’s an old argument and one I hope doesn’t end anytime soon (since it’ll most likely mean that the last of the manuals have gone the way of curb feelers), but the fact we can still have it is encouraging in the same way that the M3’s continued use of rear-wheel drive is encouraging.

Purists will also point to the upcoming turbocharged 6 in the 2014 M3 as the latest case of sacrilege from Bavarian Motor Werks, and many have said 2013 could be the last year for a naturally aspirated M3. No doubt the 4.0-liter V8 has been a success, with the high-revving engine doing a good job of mimicking the original M3’s high-revving, naturally aspirated inline 4-cylinder, only with twice as many cylinders. Sort of like the idea behind the Porsche 928/924, except in reverse. Seems the Germans figured out we equate “more” with “better” on this side of the pond.

That could also account for the M3’s growth in size and weight over the years in addition to its swelling horsepower. When it was born, the M3 offered less than 200 hp from its 2.3-liter engine. Today, the 4.0-liter V8 sitting beneath the M3’s carbon fiber hood pumps out 414 horses, which reach full gallop at a stratospheric 8,300 rpm. Combined with the 295 lb-ft of torque arriving at 3,900 rpm, the M3 will scoot to 60 mph in just 4.8 seconds.

But then, acceleration with the M3 has always been impressive if not its main focus. No, the M3 is known for being able to turn, and that has certainly not been lost in the last quarter century, although it may feel that way. Steering feel has waned a bit as performance has waxed, but all the electronic aids do at least make sure you stay pointed in the right direction.

And while the M3 started as a street-legal version of a road racer, the luxury has leaked in during the ensuing years. The black-on-black interior is covered in leather and your choice of wood or carbon fiber trim. Keyless push-button start is just the beginning of the electronic automation, where the electronic stability system, steering response, ride comfort and throttle response can all be controlled via the M Drive system. And if the M3 still doesn’t perform with enough ferocity, you can add the Competition Package for a lowered suspension with electronic damping control along with lightweight, 19-inch forged alloy wheels wrapped in performance rubber. Not enough luxury? Add heated seats, navigation or a moonroof.

Unless the carbon fiber roof is anathema to your idea of a sports car in the first place. In that case, the M3 is offered as a convertible (for a small monetary and weight penalty.)

One thing the M3 does poorly is consume fuel—or rather, it does it prodigiously. With a 14 mpg city/20 highway rating, the M3 manages around 265 miles from its 16.6-gallon fuel tank. This no doubt factored into decisions to switch to the smaller and more efficient turbo-6 setup for 2014. Still, if naturally aspirated V8 power is your particular poison, this is your last chance.

The M3 didn’t follow suit with the 3 Series redesign this year, but as BMW is eager to remind us, the two cars share nary more than the chassis, doors, trunk and gas cap. As mentioned, the M3 will get its comeuppance in 2014, so look to the future if something new is what’s tempting your tastebuds. For me, I’ll take the classic comfort of natural aspiration and a clutch. It’s been so good to us in the past.

Users ranked 2013 BMW M3 against other cars which they drove/owned. Each ranking was based on 9 categories. Here is the summary of top rankings.